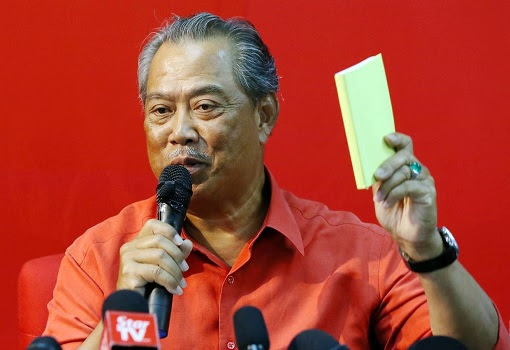 Not So Fast PM Wannabe Muhyiddin...

You know it was “game over” after Attorney General Tommy Thomas suddenly resigned despite his two-year term will only expire in June. Unlike the previous A.G. Apandi Ali, who shamelessly refused to let go of his office chair even after his political master Najib Razak lost in the May 2019 General Election, Thomas quit with dignity. That’s good news for all the UMNO crooks.

The happiest man after the Palace announced that Muhyiddin Yassin will be sworn in as the 8th prime minister at 10.30 am tomorrow (March 1), arguably the 1st premier of a backdoor government since independence in 1957, is not even Muhyiddin himself, but UMNO president Ahmad Zahid Hamidi. Grinning from ear to ear, the former deputy prime minister said it’s “mission accomplished”.

Even if Zahid could not get back his job immediately in the new backdoor government, he will most likely be rewarded with other senior post. His priority, however, is to get all his 87 charges related to money laundering and corruption and criminal breach of trust (CBT) dropped by a new “friendly-attorney general”, someone like the despicable Apandi Ali.

Former Prime Minister Najib Razak’s story is a bit tricky. His 1MDB scandal has been progressing significantly hence to suddenly drop all his charges will be too obvious. Besides, he was the one who sacked Muhyiddin, who had openly criticised the Najib administration’s handling of the public funds. Still, there could be a deal between Muhyiddin and Najib in the latest coup.

The drama saw a new twist on Saturday morning (Feb 29) when Mahathir suddenly said he has the numbers to form a new government, after collapsed-Pakatan Harapan (PH) declared at the eleventh hour that it would throw in its full support behind the 94-year-old former premier as prime minister. The daughter of Mahathir Mohamad, Marina, reportedly got him back to the discussion table. 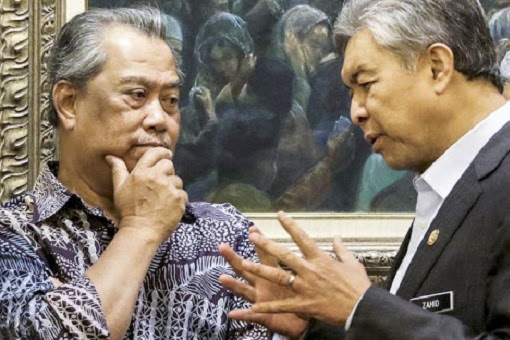 However, it was rather too late as the Agong (King) probably had already made his decision by then, thanks to the never-ending flip-flops from both sides of the political divide. Did they really think the king has nothing better to do than entertain the antic of three elderly boys fighting for a candy (*grin*)? But the burning question is – did Muhyiddin really have the number?

The game of throne saw the triangle power struggle quickly reduced to two men fighting for the glory – Muhyiddin Yassin and Mahathir Mohamad, both from the same party Bersatu (PPBM). PKR President Anwar Ibrahim reportedly has decided to sacrifice himself by pulling out of the contest so that Mahathir can become the next prime minister (again) for as long as he desires.

Despite the scheduled swearing-in of Muhyiddin tomorrow, the country has plunged into a huge joke when Mahathir’s camp said they have 114 votes (as of 8:40pm, Feb 29). That means someone is lying as Muhyiddin’s camp also claimed to possess 114 votes. But the Parliament has only maximum 222 seats, thus there are 6 ghost MPs. Let’s take a look at the numbers.

Muhyiddin has allegedly secured the backing from his own party Bersatu (25 MPs), UMNO (42 MPs), PAS (18 MPs), Sarawak-based GPS (18 MPs) and traitor Azmin Ali (11 MPs). Exactly how could Muhyiddin claims to receive 25 votes from his own party when Mahathir, his son Mukhriz and loyal boy scout Syed Saddiq did not even sign the statutory declaration (SD) to support him?

In fact, Selangau MP Baru Bian has just defected from Muhyiddin’s camp and signed a new SD – streamed live – declaring his support for Mahathir. So, according to the calculator, the electronic device accurately says that Muhyiddin has only 110 MPs (114 minus 4), 2 seats less than the 112 minimum parliamentary seats required to form a simple majority government. 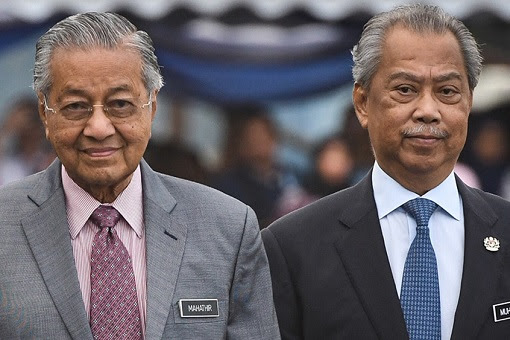 If what Mukhriz said is true, Muhyiddin only got 107 votes. Yes, despite the announcement from the Palace that Muhyiddin has won the beauty pageant, the actual official number of MPs who supported him was not released. It was PAS secretary-general Takiyuddin Hassan, who claims that 114 out of 222 MPs have backed the newly announced Prime Minister Muhyiddin Yassin.

To make matters worse, the Sarawak-based GPS (Gabungan Parti Sarawak) said it will not be a member of Muhyiddin’s Perikatan Nasional that will form the next federal government. Playing safe, the GPS said it would support Muhyiddin “after” he is appointed as the new prime minister by the King tomorrow. That essentially means GPS has actually abstained from voting Muhyiddin as PM.

The constitution didn’t say a political party cannot abstain from voting for another party’s leader to become a prime minister. Mathematically, GPS’ 18 MPs should be deducted from the 222-parliamentary seat in the contest between Muhyiddin and Mahathir because GPS is only friendly to Perikatan Nasional. GPS will support whichever side “after” a winner has been determined.

Technically, that means Muhyiddin didn’t actually has the votes from GPS, so his initial numbers of 114, which had been cooked,  was actually 96 MPs. Wait a minute. Does that mean the King has made a terrible mistake – even biased – in the decision to appoint Muhyiddin as the next prime minister? Not exactly though.

The Article 43 (2) (a) says – “The Yang di-Pertuan Agong (King) shall appoint as Perdana Menteri (Prime Minister) to preside over the Cabinet a member of the House of Representatives who in his judgement is likely to command the confidence of the majority of the members of that House”. So, the King thought Muhyiddin perhaps has the ability to command the support of the majority of MPs.

Perhaps the King didn’t expect Muhyiddin would be so daring as to cook up the numbers. Besides, the supporters for both Muhyiddin and Mahathir kept changing their SD that even the King was considering resigning – cheekily speaking. Some naughty rumours said due to Mahathir’s past confrontation with the monarch, it’s understandable that Muhyiddin got the upper hand. 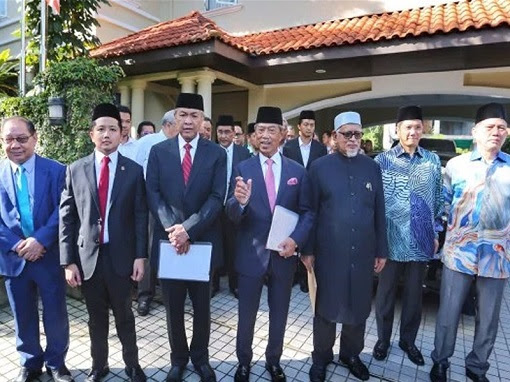 Like it or not, the King is now caught in a dilemma. If the Palace doesn’t swear in Muhyiddin after officially said so, the institution’s reputation could take a beating. However, if the monarch stubbornly swears in a backdoor government, despite knowing Muhyiddin didn’t have the numbers; the institution’s integrity could be affected – even accused of betraying the people and democracy.

To add fuel to the political fire, Istana Negara (Palace) said in a statement that after careful scrutiny of the list of candidates for prime minister and their supporting MPs, the Agong has determined that Muhyiddin “mungkin” (maybe) commands the most confidence among them all. That statement has been used by angry people on social media as proof that even the Palace was not sure about Muhyiddin’s support.

In the eventuality that Muhyiddin loses the confidence vote in the house, he will definitely request that the King dissolves the Parliament and calls for a snap election. With the current sentiment on the ground, the Pakatan Harapan will most likely lose a nationwide election. That’s why the Opposition has been screaming their lungs out for a snap election.

Below is a list of 114 MPs who support Mahathir as the next prime minister, published by the former premier as proof for the King’s consideration. He also said a letter had been sent to the Palace in what appears to be a last attempt to stop the swearing in of Muhyiddin Yassin on Sunday. - FT 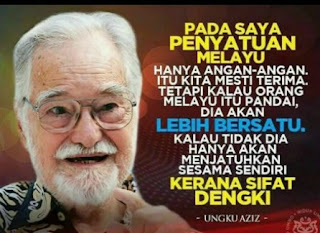 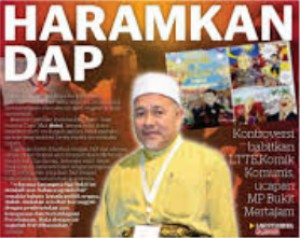 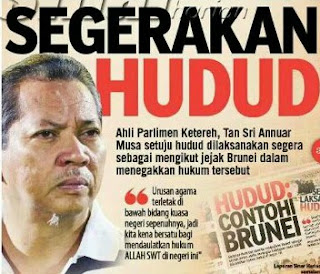 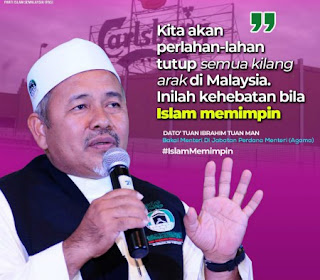 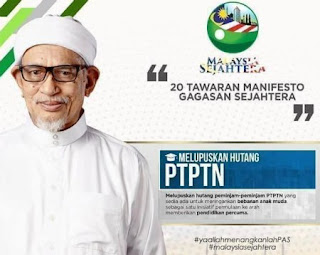 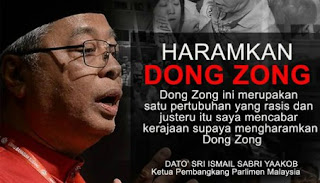 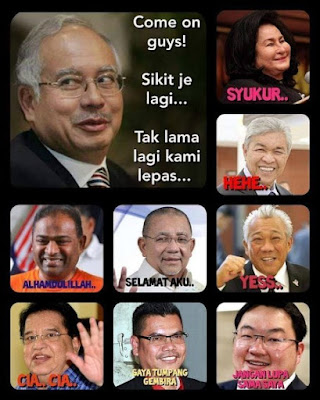