Over a dozen medical experts, yet no MRI for Anwar...

Lawyers for jailed PKR de facto leader Anwar Ibrahim insist that the politician is not getting the urgent medical attention he needs, despite the Health Ministry claiming that 17 experts are looking after him.

No MRI has been carried out to ascertain the condition of his shoulder in the past three months while he has only received physiotherapy once a month, they said in a statement.

“He should be taken several times a week to the hospital for intensive physiotherapy as recommended by the orthopaedic specialist,” the lawyers said.

“Now, with his worsening condition, surgery has become essential.”

They also questioned why the ministry is only now allowing a second opinion by an orthopaedic specialist when requests were made months ago.

The statement was jointly issued by Sivarasa Rasiah, N Surendran and Latheefa Koya.

Anwar’s family said he is suffering from a shoulder injury, sustained prior to his jailing in February, which required urgent surgery.

They said Anwar is now in constant pain as the injury has worsened while in prison, but

Health Ministry experts examining him only prescribed physiotherapy and analgesics.

The family earlier also threatened to file a malpractice complaint against specialist Dr S Jeyaindran (below) for not providing the urgent treatment required.

The lawyers said while there are 17 experts involved, it does not change the fact that Jeyaindran is the person in charge.

They reiterated the family’s call for him to be removed from the team, given that he was a prosecution witness in Anwar’s sodomy case.

“What is equally worrying is that the minister in charge has again appointed Dr Jeyaindran to examine Anwar now, when he is the very the same physician consultant who was involved in treating Anwar in 2003 during his then imprisonment.

“Even back then, Anwar had complained about the lack of adequate medical treatment for his back problem.

“Those complaints were very real because DSAI was flown immediately to Munich for complex surgery on his back upon his release in September 2004,” they said.

“All clinical management decisions by the Panel of Experts are made collectively, professionally, transparently and without bias.

“The clinical experts have not denied any treatment and similar to other patients, the treatment plan is reviewed on a regular basis according to the needs of the case,” Noor Hashim said.

He said healthcare providers have a high level of professionalism and he also reminded all doctors to take heed of the Hippocratic Oath to give quality care and service to all patients. - mk 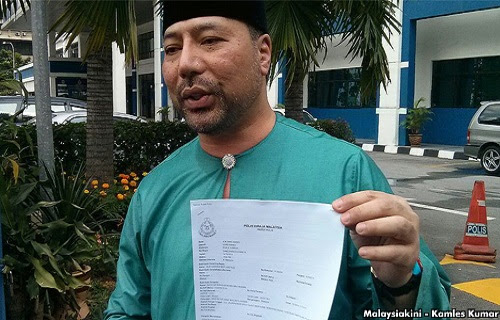 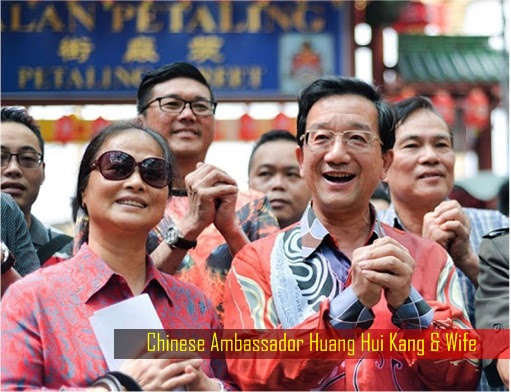 An Ambassador A Day Keeps The Gangster UMNO Away...

UMNO, the backbone of the Barisan Nasional (BN) government in Malaysia must have been in total shock over an unexpected visit by China ambassador Huang Huikang to Petaling Street (Chinatown). It is safe to conclude that Red Shirts leader Jamal Md Yunos, sponsored and endorsed by Prime Minister Najib Razak, chickened out after Dr Huang’s visit.

Dr Huang, who possesses a PhD in International Law, had deliberately said the Chinese government opposes terrorism and any form of discrimination against races and any form of extremism. Suddenly, the mighty and invincible gangster Jamal was arrested by the local police. It was strange because the police dare not touch Mr Jamal prior to the Chinese ambassador’s visit.

Jamal has since been released after spending a day’s jail, which is quite weird because he has openly threatened to unleash riots. However, since he was “untouchable” by virtue of being PM Najib’s runner, the hours spent temporarily behind lock-up must have been a great embarrassment to the Form-5 dropout, who used to be a burger seller and a drug-pusher.

Naturally, he threatened to sue news media, obviously very upset for losing face and spending a night in jail on the second day of Aidiladha. Jamal’s partner in crime – Mohd Ali Baharom (“Ali Tinju”) – also chickened out from sending his Red Shirts army to terrorise the Chinatown. It was roughly a week ago when Jamal and Ali Tinju were fighting tooth and nail claiming ownership of Red Shirts. 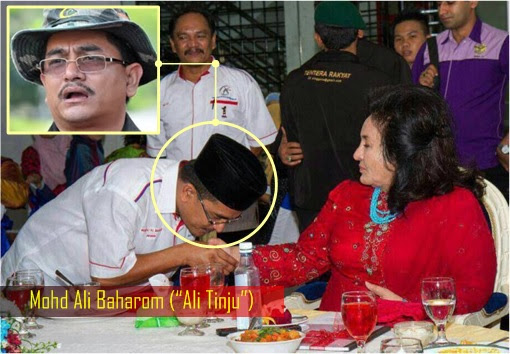 Suddenly, Jamal claims he was just the middleman and has nothing to do with Red Shirts. Ali Tinju, who always believes he was a superhero on par with Batman or Spiderman, has shown he’s more coward than Jamal by pushing the Red Shirts ownership to Jamal, washing his hands clean (*grin*). Both jokers have abandoned the Red Shirts.

UMNO-owned press Utusan Malaysia went the extra miles by telling the China to deal with Chinese dolls exported into the country, instead of meddling with threat of Red Shirts riots at Petaling Street. Utusan, amazingly, also threatened to interfere in China’s internal affairs, whatever that means. 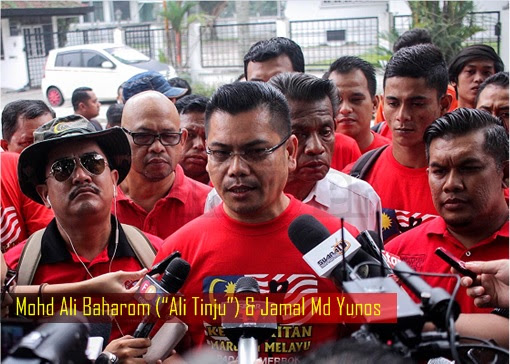 One may find lots of barking by UMNO Youth and Utusan print media. However, similar to the Sept 16 Red Shirts racial rally, not a single senior UMNO minister dares to pick a fight with China. The Chinese embassy in Malaysia lazily and conveniently states that Huang’s visit was merely a goodwill one in conjunction with the mid-autumn festival.

No rocket science here. The UMNO minions who are against Huang’s goodwill visit are PM Najib’s supporters. They’re unhappy because the planned riots to divert attention from their boss’s corruption, money laundering and murder allegations couldn’t proceed after the ambassador’s visit and remarks. 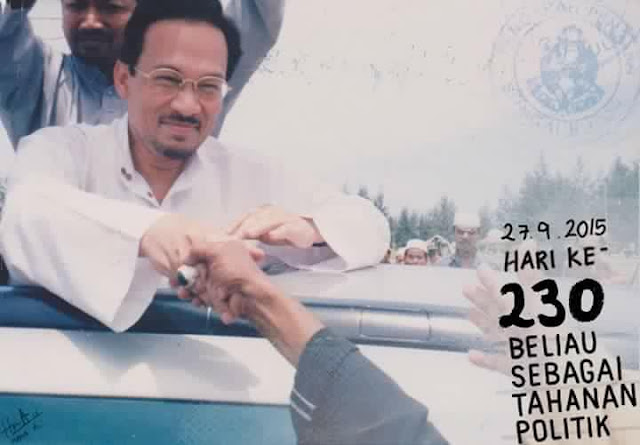