Five years ago my father, Anwar Ibrahim, delivered a speech right here on this very stage entitled 'Half A Century of One Party Rule'.

He was talking about my country, Malaysia, which has been dominated by the same party for more than 50 years.

That same year here at the Oslo Freedom Forum my father spoke on the same stage as Wikileaks founder Julian Assange, who declared that: "When you meet Anwar, be careful."

During his visit to Malaysia, Julian was detained by secret police just hours after speaking to my father. 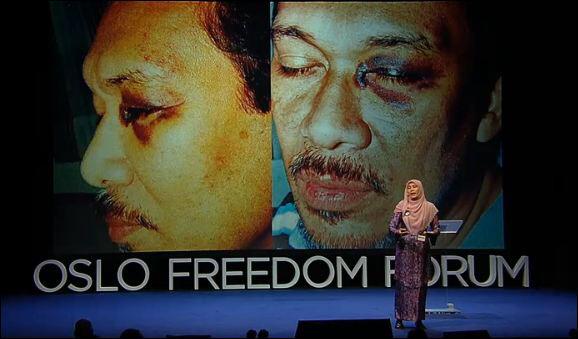 My father—a popular and unifying figure in my country’s history—is seen as a very dangerous man by the Umno party regime.

When he served as deputy prime minister and Minister of Finance in the 1990s, he amended the anti-corruption law to further strengthen it – which displeased the political elites - and by September 1998 his anti-corruption campaign led to his sacking from government, arrest, his beating under custody whilst blindfolded and handcuffed, and his eventual sentence and imprisonment in trials that were condemned by rights organisations and governments worldwide.

Initially, it was announced that at least 20 charges would be brought against my father; including treachery, being an American and Israeli agent, corruption and sodomy. They did forget to throw in the kitchen sink.

They jailed him for six years, much of which he spent in solitary confinement.

As I speak to you today, Anwar, my father, and the former Opposition Leader of Malaysia, is behind bars again on his second trumped up charges of sodomy.

I have been told that of the nearly 200 speakers in this conference’s history, only four are in jail right now: my father, Nayeel Rajab from Bahrain, Thulani Maseko from Swaziland and Leopoldo Lopez from Venezuela. The Malaysian regime keeps some very authoritarian company.

Specifically, for my father, this is his third incarceration since 1998. He is now in urgent need of medical attention.

My father was also a political prisoner in his youth; when he was about my age. Thankfully, he grew more handsome over the years but no less rebellious.

The year 1998 brought the historic Asian Financial Crisis and my father’s imprisonment to Malaysia. Equally important for me, it marked my own political awakening.

As a child I wanted to be an engineer, and I would have pursued that if it wasn't for the events of 1998. Well, I owe the Malaysian government many thanks for getting me involved in politics. Really, I do.

If my government didn't abuse institutions – influencing the judiciary, rigging votes, controlling the media, if they didn’t use force to shut their opponents up – my father would be free, and I might be working for Shell or any other decent oil and gas company. Or maybe not - not with oil at US$60 a barrel.

Well, now it is not just Anwar who is Malaysia's most wanted.

It also includes me and the whole opposition, the movement for free and fair elections (Bersih), and many others demanding for a democratic and just Malaysia .

In our last national elections in 2013, Anwar Ibrahim led the opposition to victory, winning 52 percent of the vote.

But he was defeated by extreme gerrymandering, malapportionment and election fraud. The ruling coalition clung to power by holding on to 60 percent of the seats. 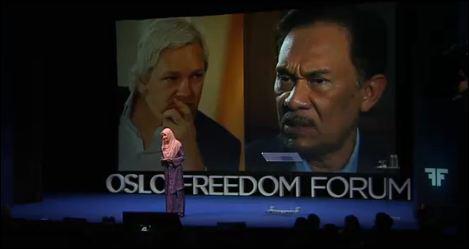 The government’s gerrymandering was compounded by the abuse of postal votes. In fact, out of 222 seats we lost almost 30 to postal votes and early votes alone!

And since those flawed elections in 2013; almost 20 Members of Parliament and state legislators have been charged, arrested, and locked up, along with 150 others including lecturers, students, journalists, even a cartoonist and ordinary citizens.

So now you might be thinking, "What about you, Izzah?"

Growing up, I was a prefect, and like the rest of you here - never smoked pot in my entire life.

I played by the rules. I was a model example of a compliant citizen who wanted to go along and get along.

But, mind you, thanks to the corruption, oppression and sheer injustice of the Malaysian government, this girl scout is now a second term Member of Parliament – defeating two sitting Ministers along the way - thanks to my electorate who voted in favor of reforms. 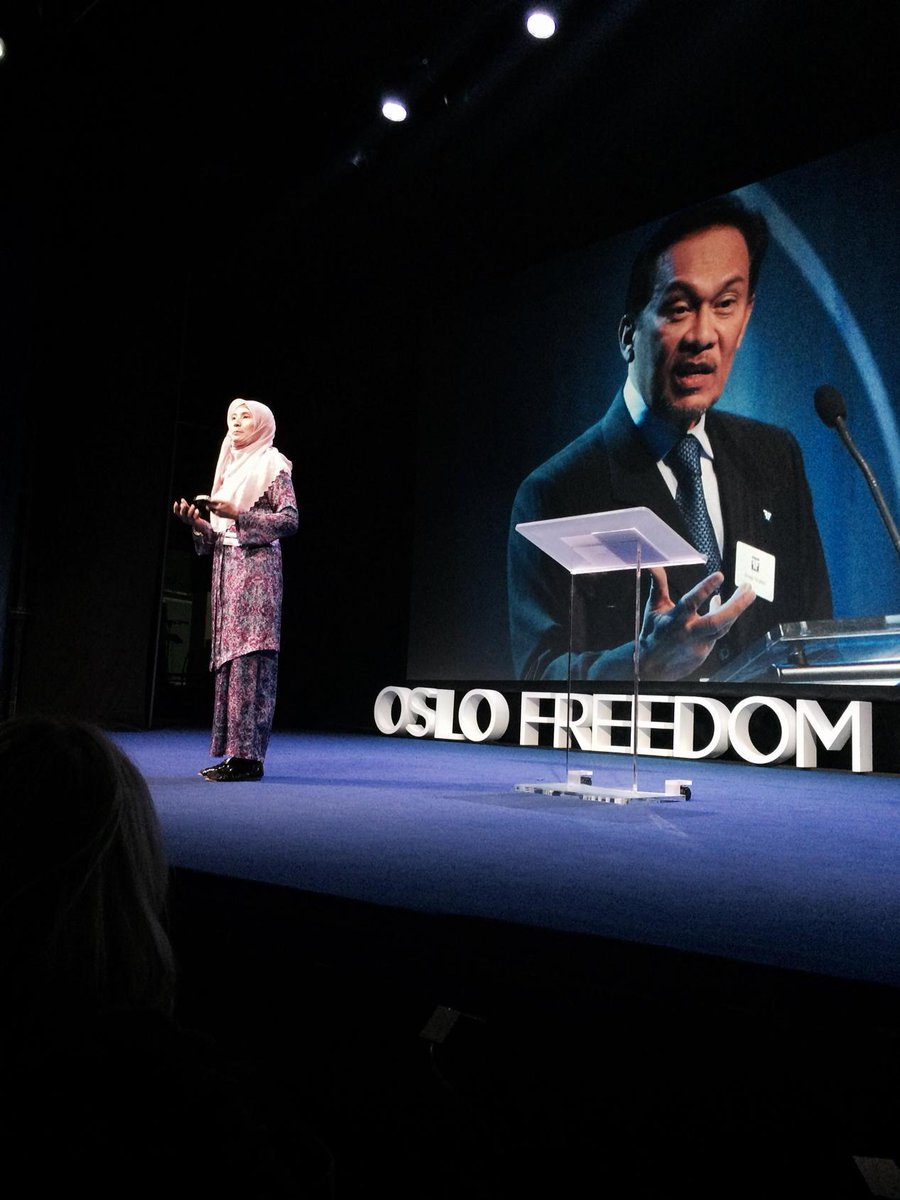 Behind the sunshine and the twin towers

In March, I was recently arrested and locked up for a speech I made on behalf of my father in Parliament.

Yes, beautiful, sunny, twin towers-clad Malaysia. But Members of Parliament have zero parliamentary immunity and can be arrested for sedition.

The whole experience of being a political prisoner in Malaysia is quite bizarre.

We have a draconian 67-year-old prison rules which forbid slippers behind bars, for example, as the government claims they could be used for suicide. The colonial British laws the Malaysian government loves to preserve.

So you spend the night sleeping on the floor only to be asked questions such as:

"Who is this devil you referred to in your speech made in Parliament?"

You see, I had condemned the Federal Court judges in my father's case for having sold their souls to the devil.

I said this because Malaysia needed judicial reform. Along with electoral reform and fighting for a multiracial Malaysia - where diversity is seen as a strength, not something that divides us.

Reformists in my country are the most wanted, and the most feared by our government. Why? Because we are the future - with a zeal for reform.

Malaysia’s most wanted are those who clamour for an end to the unequal distribution of wealth and against corruption and extravagance of the men or women who govern over us.

Malaysia’s most wanted are those who despair that our children receive low international education rankings - at one point we were surpassed by Vietnam!

Malaysia’s most wanted are those, who reject the use of racial and religious extremism to scare indigenous Malays into voting for the status quo.

Malaysia’s most wanted are those, who realise anti-terrorism laws are often just guises to justify the detention of political dissenters in the name of 'security and stability.'

They can't lock us all up

Malaysia’s most wanted are those sick to the bone with failed governance and mammoth financial scandals, most recently the controversial government investment fund, 1Malaysia Development Bhd has burdened Malaysia with a RM42 billion debt.

The prime minister also the finance minister is the chairman of 1MDB’s board of advisors. Dubious financial dealings now go hand in hand with the Malaysian government.

Shout out to Mr Tom Burgis - meet our very own Sam Pa.

Malaysia’s most wanted are the young generation of Malaysians, up to 88 percent of whom voted for my party in the recently concluded Permatang Pauh by-elections.

My father's seat - which he lost upon his conviction – has been retained by our party, despite the enormous political and financial obstacles put in our way by the regime.

Malaysia’s most wanted will not give up. Just last week, the Opposition Coalition chose my mother as Malaysia’s Opposition Leader.

They can’t lock all of us up. The reformist might be behind bars but the reform agenda stays true.

We know that more of the world will see beyond the Petronas Twin Towers and give more attention to us, Malaysia's most wanted, the rising dissidents and democrats who refuse to accept the current government.

So what of the future you ask? I’ll tell you. The future belongs and will be determined by Malaysia’s most wanted.

And thank you Thor and the selfless team at Oslo Freedom Forum for allowing Malaysians to live in truth.

(NURUL IZZAH ANWAR is PKR vice president and Lembah Pantai MP. She delivered the speech at the Oslo Freedom Forum: Living In Truth 2015, Norway, where she was the first speaker.) 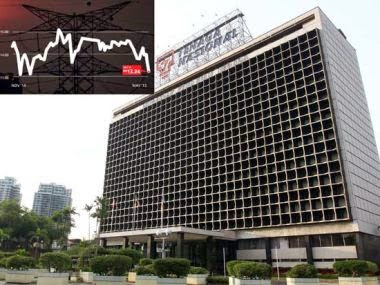 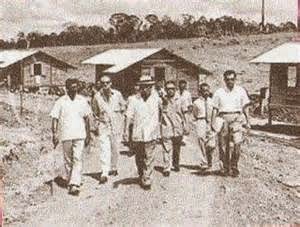 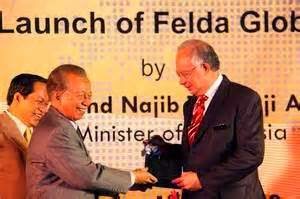 Zahid (photo) earlier accused Lim of hypocrisy, when Lim said it needed to first review the proposal to build a refugee camp in Penang, because the state is densely-populated.

"We agreed to cooperate with the federal government about the issue and yet we are kept in the dark about it," Lim said at a press conference in George Town.

"I regret that we are also being criticised for our stand on the Rohingya although we are willing to cooperate with BN," he added.

"When Kedah said no to the refugees, no one criticised them," he lamented.

Penang was proposed for a refugee camp, after more than 1,000 migrants landed on the Kedah island of Langkawi, a short ferry ride away from Penang, on May 11.

Zahid’s censure comes as police confirm discovery of 139 graves believed to be of human trafficking victims on the Malaysia-Thai border at Wak Kelian, Perlis, two weeks after claiming such graves do not exist.- mk

Jho Low, Well Connected in Malaysia,
Has an Appetite for New York

Lack of support for Adi Putra from Putrajaya...

Four #OsloFF speakers can't be with us today because they are in prison.
Anwar Ibrahim, Leopoldo Lopez, Nayeel Rajab & Thulani Maseko 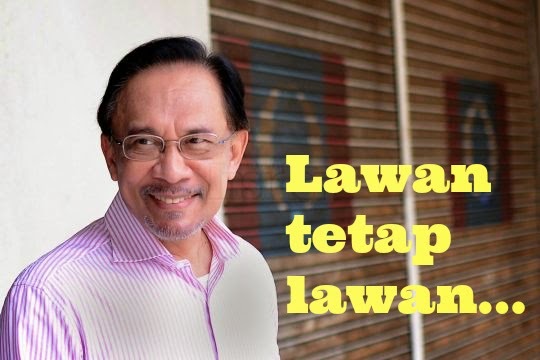