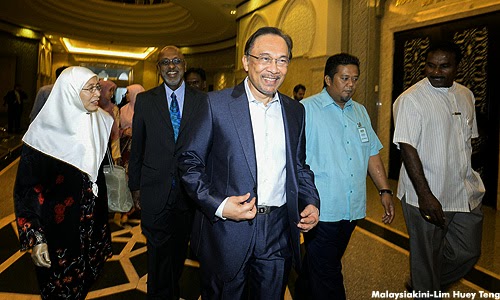 Where were Anwar’s alibi witnesses...

After weeks of delay, the Court of Appeal today started hearing the prosecution team’s appeal on PKR supremo Anwar Ibrahim’s acquittal from the High court last year on the charge of sodomising his former aide, Saiful Bukhari Azlan.

Anwar and his wife, PKR president Dr Wan Azizah Wan Ismail arrived at the court house at about 9am. The police tightened security at the entrances leading to the Palace of Justice following yesterday’s rowdy protest against the Allah appeal case.

In the hearing,  Shafee explained to the judges that the acquittal was based only on one issue: whether the semen extracted from Saiful Bukhari’s rectum, which was used as evidence in the sodomy 2 trial, had been compromised.

“So we’re dealing with whether there was tampering of evidence by [investigating officer Jude Pereira] and in the light of that, break in chain of evidence in relation to the exhibits, and whether integrity was preserved, and whether the two chemists — who are experts in DNA — their testimony can be relied on.

“In short, if presented to them wrongly, the entire case crumbles,” Shafee told the panel of judges.

He also pointed out that the high court judge had placed standards that were too high on the DNA evidence, which is a 100 percent benchmark.

“We cannot achieve 100 percent in life. Its based on all evidence, then probability,” said Shafee.

He also noted that the judge, when reading out his decision, had not expressed opinions on the experts brought  by the defence team.

Shafee also questioned the qualifications of one of the defence team’s experts, saying the expert was not “people of the land”. In contrast, he argued, the two experts brought by the prosecution team were Malaysians, with decades of experience in the field.

“The learned judge was not disputing the testimony [of the prosecution's expert]. He raised doubts because of the integrity of the sample.

“If you give rubbish to a chemist, of course you get rubbish results. If you give right evidence, (the judge) will accept the result,” said Shafee.

But he claimed that the high court judge had “completely misconstrued the facts” when ruling that the DNA sample may have been tampered with.

Shafee added that it was unlikely that Pereira had tampered with the DNA sample, as the prosecution’s chemist had previously testified that all evidences remained labeled and sealed when it was brought to her for examination.

“This is our strongest complaint: The chemist said the bottle was sealed, but that (testimony) is completely missing from the examination by the judge,” he said. 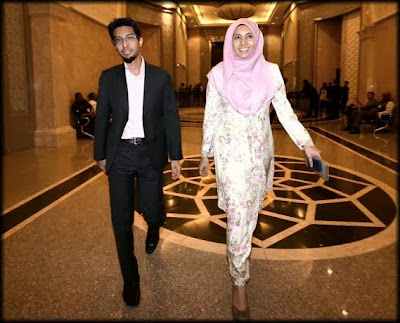 Nurul and husband in court today...

‘Where were the defence’s alibi witnesses?’

Shafee said while the seal of the box containing the evidence was tampered, individual packets of samples in that box remained sealed and intact.

He pointed out that Anwar’s foreign expert Dr David Wells was unable to confirm that the sample itself was compromised.

Shafee further noted that doctors had confirmed there was penile penetration in Saiful’s anus.

“The doctors concluded without a doubt there was penetration. All these are not hearsay. All were cross examined,” he said.

He also added that injuries may not necessarily occur during sodomy, especially when lubricant “such as KY Jelly” is used.

Another fact of the case, he said, was the traces of Anwar’s skin from Saiful’s fingernails.

Shafee further noted that while Anwar had claimed to have witnesses to support his alibi, none were called to the dock.

“He already gave an alibi, said he wasn’t there (at the scene). But the defence team called none of them. And the defense’s alibi was later dropped not even with a whisper,” he said.

Anwar’s list of 14 witnesses, which included his wife Wan Azizah, were all available, Shafee added.

“If any of these witnesses had been called, they would not have supported his case,” he concluded.

“The (alibi) defence is not bona fide. The defence was raised dishonestly; when they were confronted evidence of videos, CCTVs (of Anwar being at the scene), they dropped the entire defence (of the alibi).”

‘Where else could the semen come from?’

Shafee’s final point was that it was impossible for Pereira to have obtained Anwar’s semen himself to plant it as evidence.

“Where is he going to get the respondent’s semen? There is no suggestion that [Anwar] has donated his semen in the sperm bank. And while I’ve heard of raining cats and dogs is possible, I have never heard of it raining semen,” he quipped, to laughter from the gallery.

“Even a normal person protects his own semen. And here we have a dignatory who has the whole country conspiring against him; of course he would be careful with his semen.”

He added that Pereira also had to be clever enough to obtain Anwar’s semen sample at the right time.

“The semen has to be particularly fitted to the transaction of four or five days,” Shafee told the Court of Appeals.

“So how did the sperm get into Saiful’s anus? The defence could not explain this, they explained it by attacking the expert witnesses,” said Shafee.

“This appeal has got to be allowed, the respondent has to be found guilty. This appeal is impossible to resist,” he said, ending his submission.

Karpal will begin submitting after lunch.

Shafee later told reporters that the accumulated facts he had presented today should be enough to prove that Anwar was guilty of sodomising Saiful “beyond a reasonable doubt.”-fmt

Semen samples could have been switched 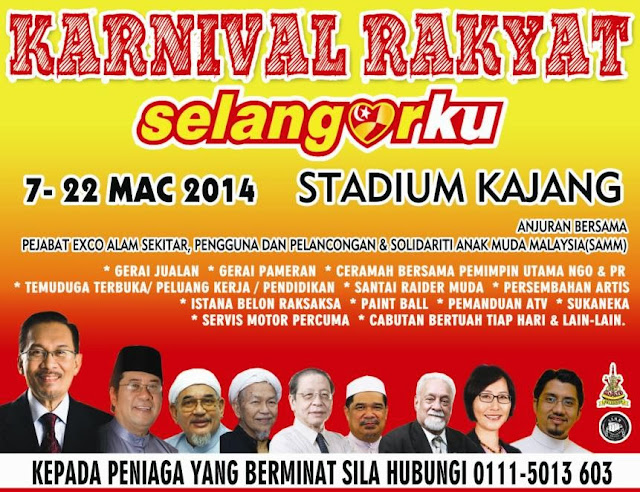