What is so terrified about Latheefa Koya, the first woman chief of the Malaysian Anti-Corruption Commission (MACC), so much so that the supporters of UMNO had to attack the “uniform” she was wearing? The answer is simple – Latheefa is the latest badass in town who appears to be enjoying her job combating and fighting corruptions.

The final straw that broke the camel’s back happened about a week ago when the MACC filed a civil forfeiture against 41 entities comprising individuals, companies and political parties – aiming to recover RM270 million – the biggest forfeiture by the anti-graft body. The civil action was filed under the Anti-Money Laundering, Anti-Terrorism Financing and Proceeds of Unlawful Activities Act 2001 (AMLA).

As it turned out, UMNO was the biggest recipient constituting close to 80% of the total dubious money, with RM212 million going into the accounts of several state liaison committees, divisions and leaders. Apparently, the money given to those 41 recipients came from former Prime Minister Najib Razak’s personal bank account, which in turn was allegedly stolen from 1MDB funds.

The MACC later hinted that there are more entities – other than the 41 disclosed – involved in its civil forfeiture move to recover monies allegedly stolen from 1Malay­sia Development Bhd (1MDB). It is safe to presume all the 191 UMNO division chiefs had taken the dirty money, one way or another. And the anti-corruption commission is testing the water to see who would play ball and return the money received.

Taking a page from the U.S. Department of Justice, the change in strategy of using civil forfeitures is a clever plan. In the case of Najib Razak, a similar civil forfeiture suit last month against him and families has successfully frozen properties, jewellery, designer handbags, watches and sunglasses valued at RM680 million from being returned to the crook due to a limitation in criminal charges.

In the case of the committees, divisions and leaders linked to UMNO, they have to return the money even though they claimed the funds gifted by their former boss Najib had been spent. It makes sense because otherwise drug traffickers or criminals can always send their ill-gotten money to associates, friends or proxies who would in turn claim innocence when get caught.

Like it or not, UMNO will have to prove beyond a reasonable doubt that the RM212 million did not come from 1MDB, if the political party decides to challenge the government in the courts. That could, however, reveal more skeletons in the closet. Hence, it may be easier to return the money than to go to court. Unlike criminal prosecutions, the prosecutors do not have to prove anything in civil cases.

However, if UMNO were to return the money, it will prove they had indeed taken money stolen from 1MDB. And that would make Najib’s life more difficult. How could the former PM argue the money given to UMNO did not originate from 1MDB when some of the UMNO entities decide to return the money? You don’t return money that’s rightfully yours, do you?

It appears UMNO has a new enemy far worse than Attorney General Tommy Thomas. The UMNO-Malay cannot attack Latheefa Koya using race or religion cards, the same way they did to Thomas. But UMNO top brain, Lokman Noor Adam, had a fantastic idea. The man with the “IQ of a carrot” attacked the MACC chief’s uniform, questioning the bling-bling on her.

Mr. Lokman claimed Latheefa received “many awards and medals” despite serving in the post for less than a month, suggesting that either the newly-appointed MACC chief was wearing fake medals or she had put on honorary titles that did not belong to her. Lokman should stop trying to prove that he deserves the “IQ of a carrot” title bestowed by his own colleague, Khairy Jamaluddin.

Lokman Noor Adam – Najib’s strongest supporter and loudest cheerleader – has proven beyond a reasonable doubt that he’s the dumbest leader in UMNO for not being able to differentiate between rank insignias and honorary titles. Similarly, UMNO secretary-general Annuar Musa also ridiculed Latheefa’s bling-bling uniform. Perhaps the MACC chief should wear pyjamas to work.

Going by the logic of Lokman and UMNO supporters, the newly-appointed Inspector-General of Police Abdul Hamid Bador must have had bought more medals than Latheefa from Lazada or Amazon as well based on the police chief’s uniform. Yes, the “Lobak Man (carrot man)” was so stupid he could not tell tampon and french fries apart.

Amused, Latheefa lectured the opposition that she was not wearing medals or any other decoration as alleged, but the very service ribbon in line with the Standing Order of the MACC Chief.  The Standing Order of Chapter-A (Policy) No 1 of 2012 dictates that a Chief Commissioner wears a certain number of ribbon bars by virtue of the position.

Latheefa said – “The bar ribbons must not be confused with medals or honorary titles awarded from the palaces, whether at the Federal nor State levels. The other details on my uniform are the ‘rank badges’ which I must wear as Chief Commissioner, and based upon the standing order. I frankly admit I am only now learning about rank badges, bar ribbons and uniforms.” 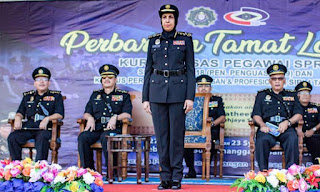 Appointed as the new MACC chief from June 1 on a 2-year contract basis, the badass Latheefa told her critics – “My immediate priority since taking office has been about several grave corruption cases, and not the details of my uniform.” Clearly UMNO, in hot soup over past corruption practises, has been burning the midnight oil to divert the graft buster’s attention.

Pro-UMNO cybertroopers, propagandists and bloggers, meanwhile, screamed until foaming at the mouth that the new anti-corruption chief isn’t combating corruption, but rather combating the enemies of the new ruling Pakatan Harapan government. Well, too bad that the old Barisan Nasional government led by UMNO has too many cans of worms collected over the last 61 years.

The opposition tries to create a perception that under the new leadership of Latheefa, the anti-corruption body is being used to specifically target UMNO. In truth, the MACC has been targeting the ruling government too. For example, the same Lokman had lodged a report against Economic Affairs Minister Azmin Ali for receiving bribes from construction company UEM.

Upon investigations, the MACC has cleared Mr. Azmin of any wrongdoing over allegation that UEM had transferred US$741,440 (RM3 million) into a Malayan Banking Berhad account belonging to Azmin on December 19, 2017. It was found that not only the bank account did not belong to UEM, the account number of the Maybank account was an invalid one – did not exist!

Perhaps UMNO, especially Lokman, should learn a thing or two from whistleblower Rafizi Ramli. Instead of shooting blanks and making a fool of himself, the “Lobak Man” should stop being lazy and put in some effort to ensure whatever so-called documents or proof he possessed are genuine and not fake. Crying wolf too often would affect whatever integrity left of him, or UMNO for that matter.

Instead of being petty and childish, UMNO should make full use of whatever time left to rebuild and revitalise itself to be relevant. Already. playing racial and religious issues to win Malay support may not prove to be the key to securing votes in the next general election. Therefore, playing a silly issue like the uniform wore by the MACC chief proves that the desperate opposition runs out of relevant issue. - FT 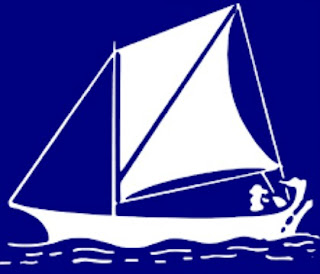 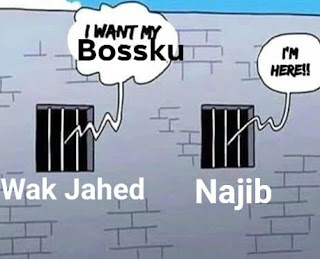 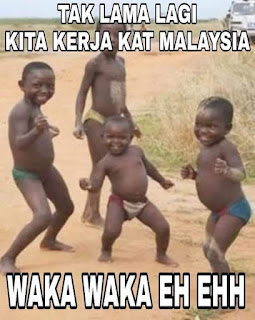 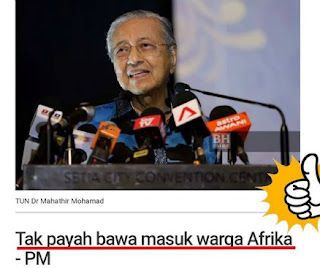 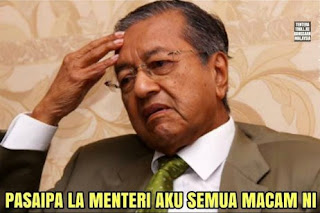 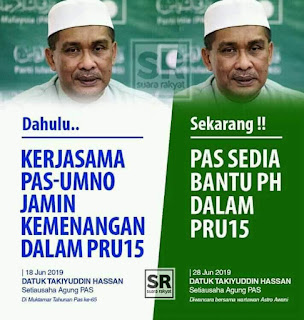 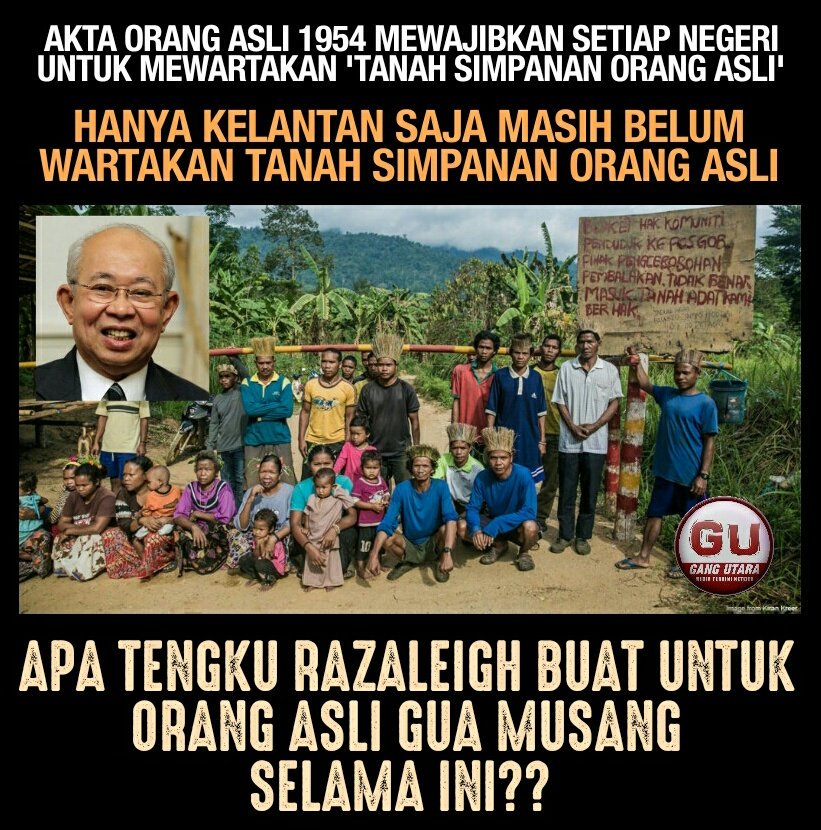