Rais Yatim - Umno members look for money and not for good leaders........ 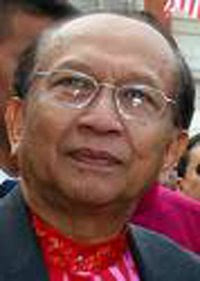 Rais Yatim said he had been asked to pay for votes in the upcoming contest for top posts, and warned that money politics would destroy the party.

Rais, who is Foreign Minister said "the majority" of Umno members were more interested in making money out of the election than in voting for the right person.

"The majority of Umno people want to look for money and not for good leaders," said Rais, a member of Umno's Supreme Council who is vying for the vice-presidency.

"We have been approached under the cloak of assistance and cloak of contribution. (But) I'm not a player so you don't see my marks going up very high. If you want to be a good player, you have to say yes (to vote-buying)," he told reporters.

Rais, who has been with Umno for over 33 years, said the problem of money politics within the ruling party should be eradicated or it "will surely kill the party."

Umno, which has ruled Malaysia since independence, is holding meetings to nominate candidates for party posts after suffering major losses in polls this year. It will hold party elections next March.

"If Umno cannot curb this practice, Umno's future is done for because this has been (talked about) for the past two decades and it has not been curbed," he said.

In July, Umno asked the country's anti-corruption agency to help it battle vote-buying ahead of the heated battle for top leadership positions in the party.

Rais has only garnered five nominations of the 19 needed to contest in the party polls. 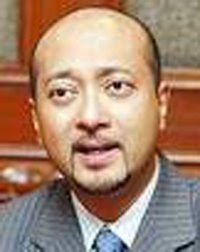 Even at "cawangan level" money changed hands in thousands. UMNO members who can effort to depart with such an amount, no matter whether he is a good or bad leader he will be "ketua cawangan" in the end.

This money culture cultivated by UMNO will never end. Remember how money played an important part that denied Mahathir from being a "perwakilan" for his Bahagian? For that matter,the candidate that obtains the highest number of nominations doesnt mean he will be guaranteed of victory, coz, during the AGM millions of RM will be floating around in vote buying.

So Mukhriz, beware, though you might obtained the highest number of nominations for Ketua Pemuda, the so called underdog SIL might edge you for the post, by the power of the RINGGIT.