You will always walk alone... 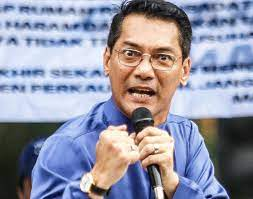 Court grants Teresa Kok's bankruptcy
order against JMM president...
The High Court has granted a bankruptcy order against Jaringan Melayu Malaysia (JMM) president Azwanddin Hamzah following his failure to settle payments owed to Seputeh MP Teresa Kok.
In a statement issued today, Kok said she had initiated bankruptcy proceedings against Azwanddin (above) in relation to unpaid damages awarded to her linked to an out-of-court settlement reached on Aug 28, 2019.
Kok had filed a defamation suit against Azwanddin over his speech alleging that the former primary industries minister had a personal interest in a land dispute that led to the November 2018 riot at the Sri Maha Mariamman Temple at Seafield in USJ Subang Jaya, Selangor.
"The matter was settled out of court and a consent judgment was recorded before High Court judge Rohani Ismail.
"However, Azwanddin has failed to honour the judgment and has failed to make any payment of the settlement sum, to date," Kok said.
The bankruptcy order dated March 29 was signed by senior assistant registrar Nurul Izzah Shaharuddin.
In October 2019, Azwanddin apologised to Kok for alleging that she was related to the owners of real estate company One City Development, the company in a dispute with the Sri Maha Mariamman Temple.
Azwanddin also said he would pay RM130,000 to Kok as part of the settlement agreement. - mk 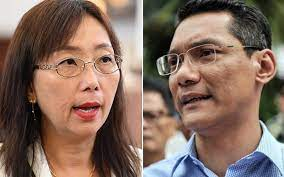 Buat malu orang Melayu saja. Mulut murai, pocket kosong.Padan muka!!!- Geram
Always remember that when you laugh, the world laughs with you. However when you cry like now, you cry alone. No one helps you. All your kaki friends are avoiding you with a ten feet pole. In future, use your brain (if you have any) to think before you speak. You cannot expect to slander without facts and get away from it. Let this be a painful lesson for you to repent. - OCT
Dear Azwanddin, why don't you start a crowd funding , like the "Lim Guan Eng's Defence Fund "? Surely, all your supporters will donate the money to pay off Teresa Kok. - Shibboleth
Crowd funding is for a good cause, not for monkey with rotten brain and loose mouth. You think people will just throw away their money just like this. - Jackal Way
Teach these maniac a lesson.. make sure he will be a bankrupt and pay every cent for making irresponsible statement.. - Xmen 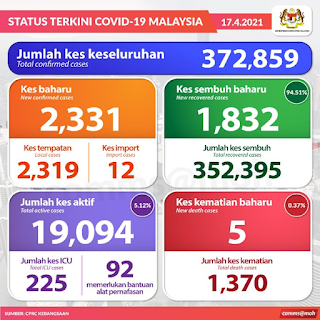