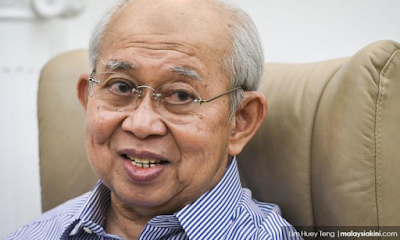 Ku Li drops 'love letters'
in the Dewan Rakyat...
Three days before the Budget 2021 goes to a vote, Umno Gua Musang MP Tengku Razaleigh Hamzah appears to be drumming up sentiment against Prime Minister Muhyiddin Yassin. Several opposition MPs took to social media to show they had received a copy of his recent strongly worded protest letter to Dewan Rakyat Speaker Azhar Azizan Harun.
Muar lawmaker Syed Saddiq Syed Abdul Rahman said the letter was apparently shared with every MP during today’s Dewan Rakyat sitting. “On the table of every MP is a 'love' letter from BN MP Tengku Razaleigh on the no-confidence vote against the prime minister,” Syed Saddiq posted on his Facebook, along with a photograph of the letter.
MPs Fahmi Fadzil (Lembah Pantai), Hasanuddin Yunus (Hulu Langat), Amin Ahmad (Kangar) and Chan Foong Hin (Kota Kinabalu) also said they received the same letter. 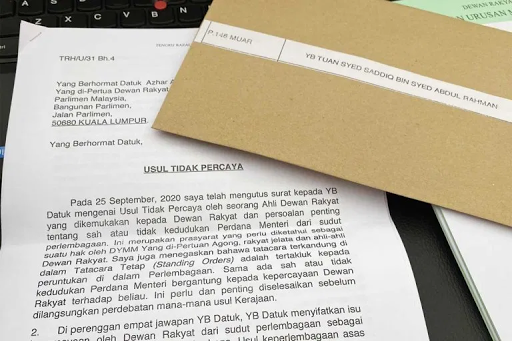 In the Nov 19 letter, Tengku Razaleigh criticised Azhar for not allowing Muhyiddin’s parliamentary majority to be tested. He especially disagreed with the speaker’s proposal that he needed agreement from the government before he could table a no-confidence motion against the prime minister.
“Your suggestion that I get permission from the de facto Parliament and Law Minister (Takiyuddin Hassan) to allow the no-confidence motion to be debated ahead of ‘government business’ contravenes Article 43 of the Federal Constitution...,” the 11-term lawmaker said. 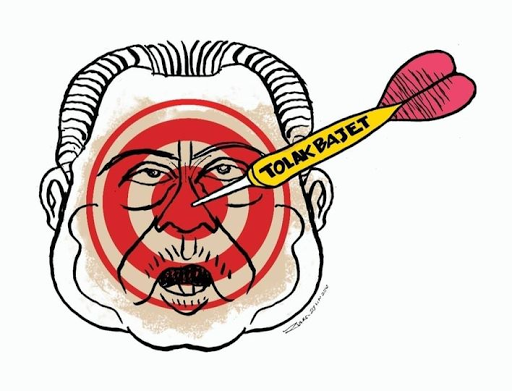 He stressed that Parliament ought to be independent of the executive branch of government, and said he was unable to participate in the Budget 2021 debate “as the government’s legitimacy had yet to be determined”.
Tengku Razaleigh is a backbencher in the Perikatan Nasional government and heads the Umno advisory council. This is his second letter to the speaker on the no-confidence motion. - mk 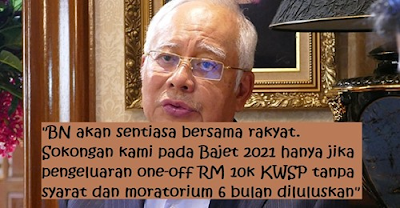 Budget 2021: Will Umno MPs
split into two factions?...
Political pundits and cognoscenti are following closely the political scenario to see whether the 38 Umno MPs will split into two factions, with one faction voting against the Budget 2021 during the Second Reading on Thursday and toppling the Perikatan Nasional (PN) government of Muhyiddin Yassin.
The views of one faction were articulated by the former prime minister, Najib Abdul Razak in his maiden speech as the new chairperson of the BN Backbenchers’ Club, expressing conditional support for next year’s budget.
Meanwhile, the chairperson of the Perikatan Nasional Backbenchers’ Club, Shahidan Kassim has denied that he had referred to Najib in his speech on the budget in Parliament when he said that anyone who rejected the budget was “a traitor to the people because the people are waiting for the budget”.
He said he was actually referring to the former health minister Dzulkefly Ahmad. He declared his “undivided support” for Muhyiddin and the Budget 2021.
Subsequently, he took to the Facebook to say that some had cast aspersions that Najib, Umno president Ahmad Zahid Hamidi and Umno veteran Tengku Razaleigh Hamzah would reject the budget, but he expressed confidence that the trio, as members of BN, would stick with PN.
In his speech, Zahid said the government should move a motion of confidence to be debated in the Dewan Rakyat. 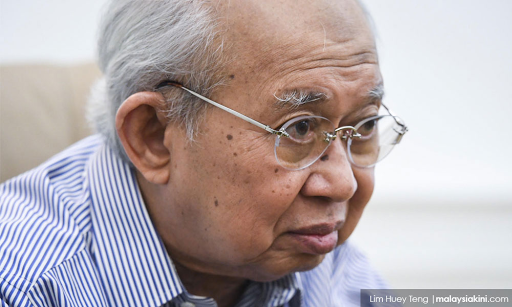 In interviews, Tengku Razaleigh called on MPs to think about their constituents’ interests and not merely adhere to party orders when deciding which way to vote.
This has led to the BN secretary-general Annuar Musa issuing a warning to Umno MPs who were thinking of voting against the Supply Bill. Annuar dismissed Tengku Razaleigh’s remarks as his “personal view” and said those who voted against the party line risked electoral consequences.
Zahid had said that all 43 BN MPs will pledge their support for Budget 2021. But this did not prevent Umno vice-president Mohamed Khaled Nordin from declaring yesterday that MPs should support, reject or abstain on the vote on the 2021 Budget based on their "conscience".
He suggested that Umno MPs should be allowed to break ranks with their party during the Budget 2021 vote in the Dewan Rakyat if they disagreed with the fiscal document.
So, will the 38 Umno MPs split into two factions with one faction voting against the Budget 2021 and toppling Muhyiddin as the prime minister? But this issue is not solely about Umno as it has vast significance and implications for Malaysia.
As Annuar has said significantly in an interview with the Umno chief, Umno has lost the option of going into the next general election only with PAS, as PAS won’t go into the 15th general election with Umno if Bersatu is not included. 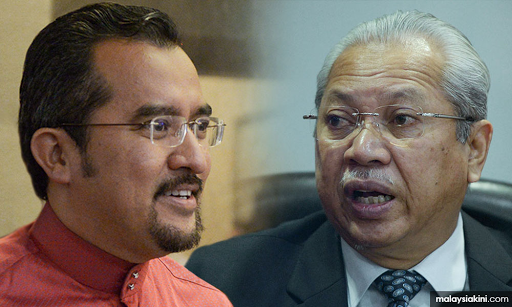 He subsequently told Umno Youth chief Asyraf Wajdi Dusuki to read between the lines after the latter insisted that the Umno-PAS pact without Bersatu is still on for GE15. He also said Umno leaders who attempt to strike a bargain with opposition leader Anwar Ibrahim just to get a better deal in the next government was committing a “huge offence”. Which is probably why Annuar were among those who broached the idea of a Grand Coalition.
But sadly, those who talked of a Grand Coalition are the practitioners of the toxic and extremist politics of race and religion who have forgotten the five Rukun Negara principles as the basis to build a multi-racial, multi-religious and multi-cultural Malaysia where the Malaysian nation is more important than any race, religion or culture.
The vision of these advocates of a Grand Coalition is as different as night and day from the vision of nation’s founders like Bapa Malaysia Tunku Abdul Rahman’s Merdeka Day aspiration in 1957 to be “a beacon of light in a difficult and distracted world” and the Dream of all Malaysians for Malaysia to be a world top-class nation which is on the cutting edge of technology, leveraging on the best values of the four great civilisations which meet in confluence in Malaysia.
This is because the advocates of a Grand Coalition want Malaysia to return to the trajectory of a failed state, kleptocracy and kakistocracy and have no vision for a better Malaysia for all Malaysians.
Malaysians must decide between the future and the past – to return to the international stage to excel in various fields of human endeavour, serving the interests of 99 percent of Malaysians and not just one percent who are the cronies of the political leaders of the day or return to the past of corruption, malfeasance, kleptocracy and kakistocracy, with Malaysians more divided along racial and religious lines than united as a Bangsa Malaysia after 63 years of nation-building as envisioned by Wawasan 2020. - Lim Kit Siang 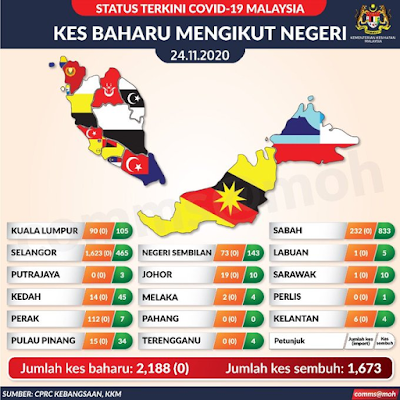 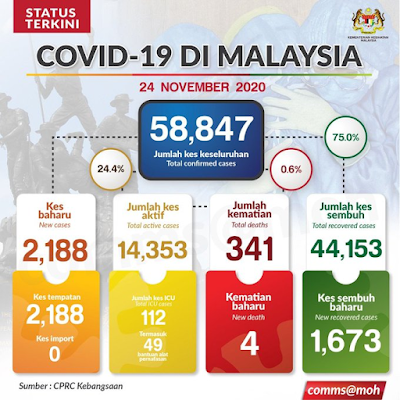