It could be the Palace that discouraged crooked Najib from..

Former Prime Minister Najib Razak has offered his version of the story as to why he did not attend the inauguration of the country’s new King (Yang di-Pertuan Agong) on Tuesday (July 30). He blamed it on the last-minute seat changes, forcing him to skip the important installation ceremony as it would require a change of outfit.

Claiming that he only received a call at 6:30am about the change of seat, Najib said in a Facebook posting – “Originally seated at seat Number 10, reserved for former prime minister under the ceremony protocol but was changed at the very last minute to the Orang Besar Pahang row. The ceremonial attire for Orang Besar Pahang and for the former prime minister is not same.”

“At that point, there was not enough time to get the attire from Pekan,” – Najib justified his absence. Apparently, Mr. Najib holds the “Orang Kaya Indera Shahbandar” title, which he inherited from his late father. The title, which dates back about three centuries in 1722, was accorded to him by the Pahang palace by virtue of the title being hereditary.

The title is a nobility title in Pahang Sultanate and one of the four highest ranking nobles below the monarch – hence also known as the “Orang Besar Berempat”, loosely translates as “the four chiefs”. Historically, the “Orang Kaya Indera Shahbandar” was one of the four major chiefs who wielded very wide powers in Pahang during the ancient times of the Old Pahang Sultanate.

Therefore, it was incredibly strange that Najib failed to make it to the installation of Sultan Abdullah Sultan Ahmad Shah, the monarch of his own home state of Pahang, as the 16th Yang di-Pertuan Agong (King) in a historic ceremony held at Istana Negara (National Palace). If he likes, the former premier could wear his US$10,000 Armani suit for the occasion.

As one of the four influential chiefs of the Sultanate of Pahang, surely his extraordinary excuse of not having time to fetch his exotic formal attire of “Orang Kaya Indera Shahbandar” would be accepted by the sultan. After all, it was not Najib’s fault that the seating arrangement was changed at the eleventh hour, not to mention the sultan seems like a humble and nice guy.

As long as Najib did not turn up naked or wearing pyjamas, surely the monarch would appreciate Najib’s presence more than his dress code. However, as far as narcissist Najib was concerned, it would be a humiliation to be downgraded from first row to the back row. It would be like being kicked from premium business class flight to the economy class.

But why was there a last minute change? According to Najib’s former special officer Isham Jalil, it was the fault of 94-year-old Prime Minister Mahathir Mohamad, who allegedly had threatened to boycott the ceremony if Najib was seated near him. Isham has even offered a bizarre reason – that Mahathir was jealous of Najib’s popularity, hence wanted the ex-premier to be stopped from attending.

Seriously? A man like Mahathir, who had slaughtered Najib and brought down the previous Barisan Nasional government in the last May general election was afraid of confronting the crook? Don’t make my toes laugh. It would be more believable that it was the Palace that made the last minute change after they realized the screw-up of allocating seat No. 10 for Najib.

Imagine Najib Razak was grinning from ear to ear seated in the first row while cameras were rolling during the coronation ceremony. The world would have an impression that the Sultan of Pahang, and the new King for that matter, actually supports a crook currently faces 42 charges of criminal breach of trust (CBT), money laundering and abuse of power – a record in the history of Malaysian prime ministers.

True, it was the ceremony’s protocol to reserve a seat for former prime ministers. But it’s also true that this is the first time since Malaysia’s independence in 1957 that a former prime minister – Najib Razak – was caught with his pants down stealing and laundering money to the tune of billions of dollars. So, how could the new King is seen honouring a crook as toxic as Najib? 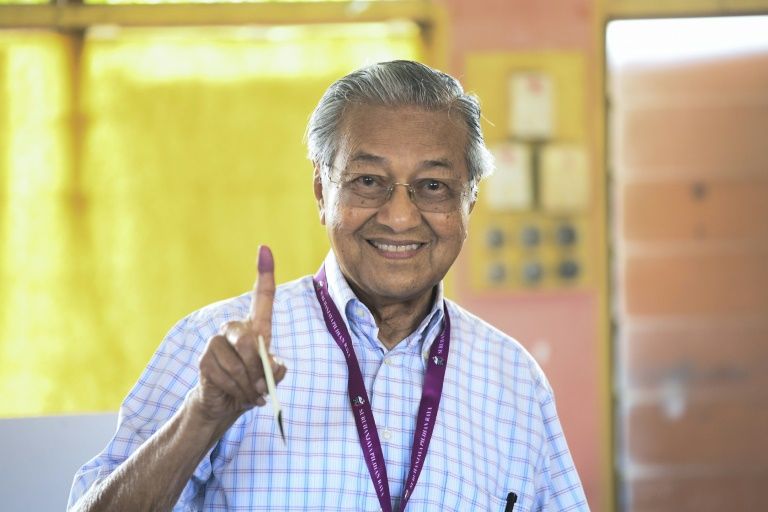 The U.S.-DOJ investigation results show that over US$4.5 billion was misappropriated from the 1MDB fund, with some of the money used to buy the private jet, a super yacht, Picasso paintings, jewellery and real estate. In Dec 2017, former U.S. Attorney General Jeff Sessions described the multi-billion dollar corruption scandal as the worst form of kleptocracy.

In 2016, the U.S. Department of Justice mentioned “Malaysian Official 1” – over 30 times – as the crook who had control over 1MDB. “Malaysian Official 1”, later identified as Najib Razak, was alleged to have received around US$681 million (popularly known by Malaysians as RM2.6 billion) of stolen 1MDB money via Falcon Bank, Singapore on 21 and 25 March 2013.

Furthermore, the Prime Minister’s Office (PMO) clarified that it had nothing to do with the change in Najib’s seating position, adding that protocol comes under palace officials. If indeed the Mahathir administration had interfered in the Palace’s protocol, the monarch should express his displeasure, should he not? Instead, the newly installed King has nothing but songs of praise for the premier.

The new King, Sultan Abdullah of Pahang, praised PM Mahathir as a timeless statesman who works for the benefit of the people. The monarch also expressed confidence that the Pakatan Harapan government, led by Dr Mahathir, would be able to overcome any obstacle and continue to move forward to achieve success.

Exactly how could the Sultanate of Pahang not offended by the last minute changes to the seating of Najib Razak, supposedly one of the four respected chiefs in Pahang, if indeed the Prime Minister’s Office had insulted the Palace with its interference? In the contrary, the absence of Najib solved all the embarrassing and awkward moments potentially faced by the King at the ceremony.

As if Najib’s shameful “popularity” wasn’t enough to embarrass the country and the monarch, the presence of his wife, Rosmah Mansor, would certainly raise eyebrows and whispers amongst the foreign dignitaries, included Abu Dhabi Crown Prince Sheikh Mohamed Zayed Al-Nahyan and Brunei’s Sultan Hassanal Bolkiah, who attended the ceremony that was broadcast live on state television.

An invitation to the installation of Sultan Muhammad V revoked

Going by Najib’s former aide Isham Jalil’s argument that Mahathir had prevented his former boss from attending the event out of envy, was that a confession that the same Najib Razak had actually interfered in the Palace protocol in 2016 by preventing then-former prime minister Mahathir Mohamad from attending the inauguration of the Kelantan’s Sultan Muhammad V as the new King?

Yes, Najib Razak should stop whining, crying and bitching like a baby. At least he gets to attend the inauguration of Sultan Abdullah of Pahang as the 16th Yang di-Pertuan Agong, despite being seated in the back row for “Orang Besar Pahang”. In 2016, Mahathir did not even get to attend when an invitation to the installation of Sultan Muhammad V of Kelantan as the 15th King was mysteriously revoked.

The letter on the revocation dated Dec 5, 2016 was hand-delivered to Mahathir’s office at the Perdana Leadership Foundation in Putrajaya – stating that no seat for the former prime minister of 22 years would be provided at the event and that Mahathir, despite being the country’s premier from 1981 to 2003, was being informed beforehand to spare him any embarrassment.

Upon receiving the “uninvited” letter bearing the signature of the Keeper of the Ruler’s Seal Syed Danial Syed Ahmad, Mahathir wrote on his blog – “Turns out that a national event is part of a party’s politics. I apologise for making the wrong assumption. I will bear in mind that the national palace belongs to Najib and the Barisan Nasional party.”

Even if it’s true that the Prime Minister Office had influenced the Palace in the decision to move Najib from the front to back row, not that there’s any proof, would there be anyone losing sleep over Najib’s unfortunate fiasco? Perhaps Najib should learn that revenge is a dish best served cold. Life is a cycle and karma is a bitch! Najib is merely tasting his own medicine. - FT 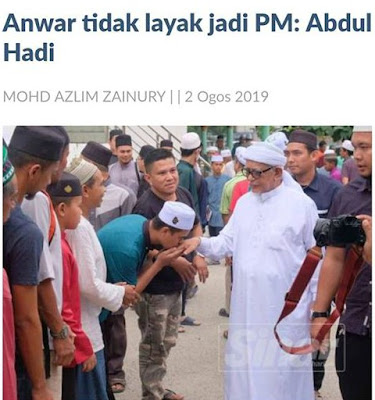 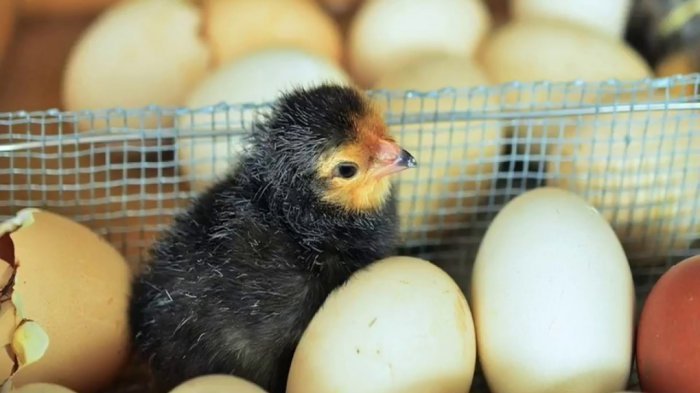 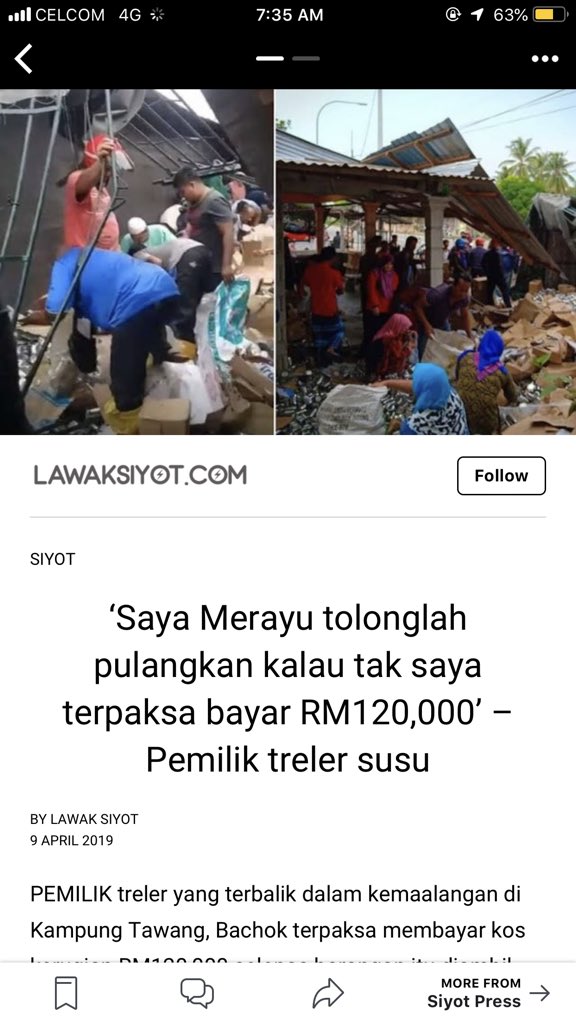