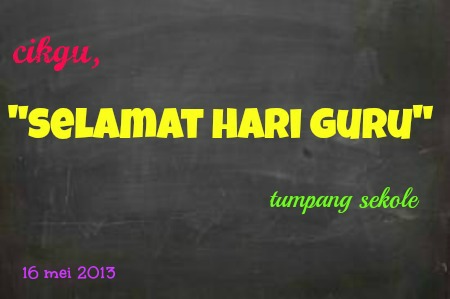 The inability to take criticisms on board and the lack of a high-performing menteri besar were a few of the factors that led to the fall of the PAS-led Kedah government to the BN.

According to Universiti Malaya Centre for Election and Democracy Studies (Umcedel) director Mohammad Redzuan Othman (left), this was most evident if compared with Kelantan, where PAS retained power.

"To win, you can't just keep saying that we are a strong party which has worked hard for a long time.

"PAS in Kedah is not like PAS in Kelantan. In Kelantan, out of eight surveyed, four will support PAS, three BN, but all eight will say they will vote in support of (former Kelantan MB) Nik Abdul Aziz Nik Mat," Redzuan said.

"I don't want to elaborate too much as (former Kedah MB) Azizan Abdul Razak is now in the hospital, but we all know what the results were."

Speaking at a forum to discuss the outcome of the the May 5 general election, Redzuan said the same effect was seen in Selangor, where Abdul Khalid Ibrahim was a main factor for the win there.

"His ratings were upwards of 60 percent throughout the state and that is very high in statistical terms.

"Many who supported Khalid (right) were civil servants and government-linked company workers," he added.

Conversely, he noted, BN's failure to name a Selangor MB candidate contributed significantly to its loss.

"Voters are now better informed and are not just basing their votes on a party or the candidate in their voting constituency, but on the administration's performance," Redzuan said.

He said that PAS in Kedah was also among the more resistant to findings that were not favourable to the party.

"Kelantan accepted our findings and worked on improvements, but Kedah could not accept hem and insisted that it as the forerunner in the race...

"When we concluded that PAS had problems in Negri Sembilan and Kedah, the respective deputy commissioners slammed us," he said at the full-house event.

Redzuan noted that the Pakatan Rakyat cooperation in Kedah also paled in comparison to other states won by the coalition in 2008.

"DAP was not given a chance right to the end in Kedah," he said.

To a question from the floor, the senior academic said that one cannot truly answer the question of what the average Malay voter wants as there exists no homogeneous Malay voter.

He said that Malays - like others in the rural areas who have less access to information - voted for the BN, while a large bulk of their brethren in the urban areas backed Pakatan.

"(In the rural areas,) I believe Malays vote for continuity and are taken in by budi (good deeds).

"People we met tell us, "Look, they gave us RM500 so it's not too much to ask for us to vote for them"," he said, referring to the 1Malaysia People’s Aid (BR1M) payouts that were found to have had a significant impact on the votes.

Those who have better access to information, however, were found to have different considerations.

Redzuan said that the centre's mapping of voting patterns found that areas which supported Pakatan were consistent with Internet broadband penetration.

Umcedel also found that Pakatan won 16 out of 33 seats where institutions of higher learning are located, such as Universiti Malaya which is located in PKR-held Lembah Pantai.

In Lembah Pantai, he said, BR1M was found to have impacted only about half of the voters polled, unlike among the rural Malays in Johor where 87 percent had been influenced by the BR1M.-malaysiakini