A yellow reception for Najib in UK... 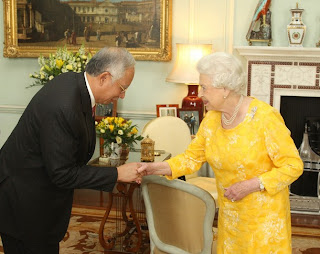 Dozens of protesters, comprising both Malaysians and foreigners, gathered outside Mansion House at London an hour before Najib's arrivalfor a meeting with the London business community.

Yellow posters and banners,condemning the clampdown on Bersih 2.0 were unfurled, urging the Malaysian government to release six Parti Sosialis (PSM) activists dubbed "EO6" being held under the Emergency Ordinance which allows indefinite detention without trial. 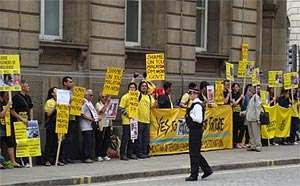 According to the Sarawak Report portal, Najib in a big convoy gave a cheery wave as soon as he spotted the crowd. It said the protest went off peacefully with the policing minimal and friendly.

According to a protester, PKR youth leader Ginie Lim the police deployed a truck to block the protesters from the view of the delegates attending the meeting.

Wednesday saw another peaceful protest at Downing Street, London, where the official residence of UK Prime Minister is located. Najib was there to meet his UK counterpart, David Cameron. 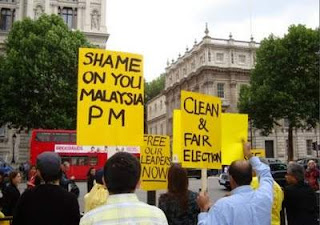 Protesters in yellow clothes put up posters, in matching colour, that read shame on you Malaysia PM , clean and fair election and free our leaders now.

Another protest will be called at the Inter Continental Hotel today in UK time 7pm where Najib is expected to attend a function.

Najib suffers from a ‘mild stroke’ in UK 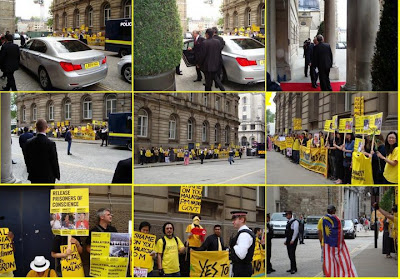