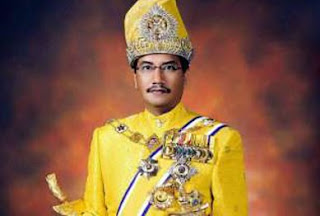 Below is the translated full text of the King's statement.

"I am following closely the developments of the proposed gathering and procession by Bersih with the aim of handing over a memorandum to me as the Yang di-Pertuan Agong, and how the government, particularly the agencies and departments concerned, is handling the issue.

"However, I believe that the nation's leadership under Najib Abdul Razak is capable of handling this problem in the best possible way.

"I urge that amid the political fervour of a section of the people to bolster democracy in our country, it must also be ensured that this demand on democracy does not bring destruction to the country.

"Generally, we cannot be following too much the practices in other countries, as harmony and stability are vital foundations for a country and which all quarters must protect.

"I also urge the government to carry out everything that is entrusted to it by the people in a just and wise manner, and it is important that I as the Yang di-Pertuan Agong do not want to see this country with a plural society in a situation where there is animosity among them or a section of the people being enemies with the government, on whatever grounds.

"When any problem arises, we as a civilised society must resolve it through consultations and not follow our emotions, as the Malay saying goes, 'Yang Dikejar Tak Dapat Yang Dikendong Berciciran'” (Not getting what we chase after and spilling what we carry).

"The fact is, street demonstrations bring more bad than good although the original intention is good. Instead, we should focus on our main objective to develop this country, and not create problems that will cause the country to lag behind.

"Remember that there is no land where the rain does not fall, there is no ocean that is not turbulent. That is how important moderation and compromise is, which has been long been in practice by our nation's administration."- Bernama

I see only a walk for democracy. Is dat so difficult to handle?? They can handle hundreds of thousands of Thaipusam devotees, how come not peace loving rakyats?? The Thailand polls results would be a very good eye opener indeed!!

the last o called 'intervention' by the HRH the king i when umno got 'cold feet' n the subsequent cacellation of the 'UMNO/PAS' debate. Yellow is the royal color heheh