Najib - Give the rakyat a honourable hearing... 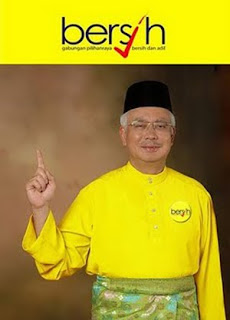 This is getting really serious………..the army has began to train its troops for public order duties, supposedly in anticipation for a riotous Bersih rally this Saturday 9th July. Earlier, I received several calls from my retiree friends and they all express their fear for the worst should the army be deployed. They also questioned why commit the army over a situation they believe to have been crafted by the police themselves? After making a number of unwarranted arrest; unbelievably for an offence of wearing the ‘illegal’ yellow colored T shirts and on suspicion of some being communist sympathizers’, the police began to set-up road blocks in and around the city to conduct searches for more Bersih related paraphernalia. It appears to me now that the authorities are more afraid of the yellow colour; paranoid for a better word, than to safeguard and protect the constitutional rights of the people to a legal assembly demanding for an electoral reform that benefits all Malaysians.

Now, are we expecting another May 13 alike this time? While the May 13 was a race riot, this time (should a riot occur) will be markedly different. It will be a riot by Malaysians of all races, united and resolve in their demands for free and fair elections, against the authorities that are predominantly Malays. This being so, we can expect the worse, for I believe it will eventually be the pro Bersih Malays leading the charge against another fellow Malay. I dread such a scenario, and the consequences following such a riots (God forbid) will surely leave the Malays further divided and unity in tatters.

It was based on the above scenario that I believe the army SHOULD NOT be involved. The primary role of the army is clear and definitive i.e. to defend the integrity and sovereignty of the country against a foreign invader or an armed insurrection of the magnitude of the first Malayan Emergency or the communist insurgency. In the case of Bersih, I do not believe it to be anywhere close to an armed insurrection; neither can it be deemed a communist resurgence. Finding a few parangs and some home-made ‘Molotov cocktail’ cannot justify that the country is at the verge of an armed insurrection or the makings of a communist resurgence. I would term it as an act by belligerents; if indeed it was done by supporters of Bersih, and this I doubt it to be. This is where the army leadership has to be very clear as to their roles and responsibilities, and any deployment has to be fully justified and sanctioned by the highest authority of the land; in this instant the Jawatankuasa Panglima Panglima (JPP). Politicians are certainly not the authority to sanction the deployment of the army or any of the other two services of the Armed Forces. And it is important too that His Majesty the King being the Supreme Commander of the Armed Forces has to be respected and consulted. And please remember too that the people are not foreign enemies of the state, but citizens of the country. 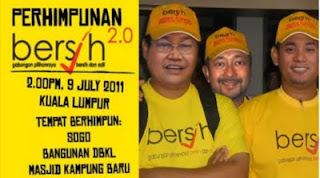 The Bersih movement as I know has since its inception being in the forefront for an electoral reform that they believe is mired in controversies. Bersih 1.0 rally that attracted thousands to the streets was for a similar purpose as Bersih 2.0, which resulted in the fall of five peninsular states to the hands of the opposition during the 2008 GE. Even Tun Dr. Mahathir conceded that the manner in which the government handles the Bersih 2.0 affair can be disastrous to the Najib regime during the up-coming GE. Tun Dr. Mahathir’s forthright statement cannot be ignored, but I see little hope in Naijb making any concession to Bersih for their demands to be heard. Taking this hard line stand against the people’s wishes this time around will lend the final blow to Najib’s administration, and to UMNO/BN 52 years of continuous rule.

My advice to Najib is to listen to the people and more importantly to the call by His Majesty the King to confer with the people in order to avoid leading this blessed country to ruins.- Brigidier General (Rtd) Mohd Arshad Raji