Bersih open to biometric plan, but not convinced... 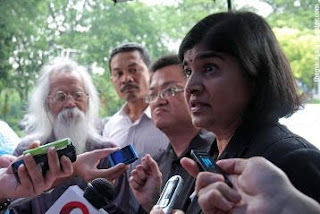 The top concern, Ambiga said at a forum with EC deputy chairperson Wan Ahmad Wan Omar in Shah Alam today, was whether the National Registration Department (NRD)'s datebase, on which the biometric system will be entirely dependent on, was of the highest integrity and tamper-proof.

"I'm very concerned that if the biometric system is linked to the NRD, because NRD can't even determine whether a person has died or not. I have a problem here," she said.

Wan Ahmad conceded while dead people were still on the electoral roll, which has been updated since 1959, it was because family members of the deceased failed to inform the NRD, and EC had no power to remove any name in the electoral roll without verification from the NRD.

'We want to know more'

"Every bit of it has to be transparent. The public will not trust it unless you do that," said Ambiga, adding that transparency was needed in every aspect of the new system, from open tender to the implementation.

"We are open minded, but we want to know more," she said.

The former Bar Council chairperson doubted that the new system could be implemented before the next general election because trial runs needed to be carried out before it was adopted nationwide.

She assumed that the biometric verification device would have to be installed in every room in every polling station, and this would involve a huge amount of technology, which could also be exposed to breakdowns and malfunction. 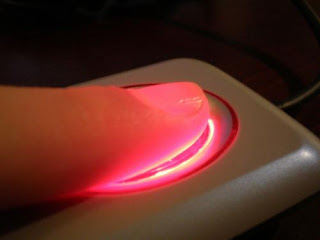 The two-and-half-hour forum, titled "What's next after July 9", was organised by Kumpulan Karangkraf, a media organisation that publishes the Malay language daily Sinar Harian and a score of popular magazines.

Nevertheless, Wan Ahmad defended the new system, describing it as "the best way to clean up the electoral roll" because it is impossible for more than one voter to have the same fingerprint.

He called on the people not to make assumptions before more information on the new system, which was now in its final stage of study, was announced.

"We will brief all political parties and call on them to test the new system. We will not implement if we are not confident... don't reject it before you look into it, don't make assumptions," Wan Ahmad told the roughly 600-strong audience that kept booing and heckling him throughout the forum.

To a question from the floor on whether the system needed an independent audit body to protect its credibility, he gave his assurance that the EC would do this. The EC number two also defended the NRD system, putting the blame on those who did not not inform the department about the deaths of their family members, resulting in dead people remaining on the electoral roll.

"That's why we need to trust the NRD... if the families of the deceased do not inform NRD, how is the NRD going to update (their status)?"

The EC, Wan Ahmad stressed, could only operate within the current law, which made it compulsory for it to obtain verification from the NRD before a name could be erased from the electoral roll.

On Ambiga's argument that indelible ink is the cheapest and an effective way to eliminate multiple voting, Wan Ahmad commented that the method is only used in countries with huge populations which lack a national registration system such as India, Indonesia and Bangladesh.

"But we only have 12 million voters and an advanced registration system," he argued.