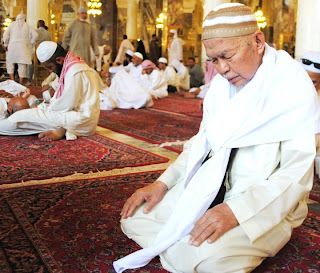 PAS Murshidul Am Tuan Guru Nik Abdul Aziz Nik Mat, welcoming Bersih's latest decision to move its July 9 rally to a stadium, suggested that the venue of the rally was secondary compared to the people's awakening about the abuses committed by Barisan Nasional.

"Wherever the Bersih rally is held on July 9, I am confident that this is a manifestation of the people's uprising against the evil political game and lies by Barisan Nasional/UMNO," said the Kelantan Menteri Besar, who is currently in Makkah to perform the Umrah (lesser pilgrimage).

Nik Aziz echoed Pakatan Rakyat's statement expressing support over the decision by Bersih today. PAS, PKR and DAP however called on the BN government to reciprocate by releasing those detained during the crackdown on Bersih sympathisers over the past two weeks.

Nik Aziz expressed confidence that the Agong would act as the protector of the people and said any attempt to manipulate the Rulers would be futile.

"UMNO and Barisan Nasional can forget about using the insitution of the rulers to stay in power. All their efforts to cover up the crisis in the electoral system will come to naught because the people's awareness has reached a peak," he added. 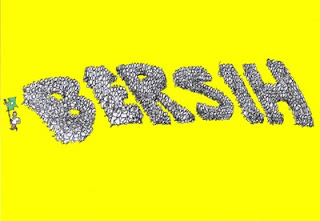 Earlier today, Bersih chairperson Ambiga Sreenevasan, national laurette A.Samad Said and IKRAM representative Zaid Kamaruddin, emerged from an audience with the Agong, announcing they would take up the government's offer to have the rally in a stadium.

The decision is believed to be taken following threats of violence on participants, as well as an attempt to orchestrate a riot by UMNO's offshoot Perkasa with a view to put the blame on Bersih.

Such a suspicion was fuelled by a report today of the police's seizure of Molotov cocktails, weapons together with Bersih T-shirts, all of which were hidden at several spots in the city centre.