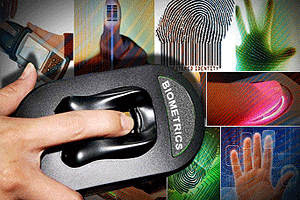 Pakatan Rakyat said today the Election Commission's (EC) planned biometric system is an indirect admission that phantom voters are a norm in elections - an issue often raised by the opposition coalition.

However, the coalition opposes its implementation, citing financial and time constraints on top of a lack of checks and balances.

In a statement issued by the Pakatan secretariat, it credited the "indirect admission" by Prime Minister Najib Abdul Razak, who has backed the planned system, to the Bersih 2.0 rally held on July 9.

"The EC's move to introduce a biometric system as a way to prevent phantom voting and double voting is a sign that even BN hardliners in the government cannot ignore the strong message brought by (electoral reform group) Bersih 2.0.

"For this, we should congratulate hundreds of thousands of Malaysians who took the cause of Bersih 2.0 to their hearts and participated in one of the largest peaceful rallies in our nation's history.

"Without their perseverance and courage, the EC and BN would continue in their denial mode," it said.

However, Pakatan stressed that it is opposed to the planned biometric system because it would render political parties useless in keeping check on the voting process.

"The responsibility and power currently vested in each party's polling agents to vet voters and be vigilant of phantom voting and double voting, is transferred ultimately to a computer system.

"Any moves that eliminates the ability of each political party to participate in vetting the election process runs against the demands of Bersih 2.0." 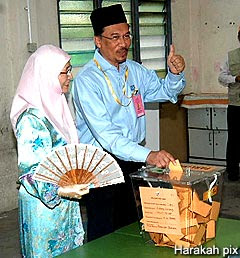 Furthermore, Pakatan pointed out a biometric-based voting system will cost the country hundreds of millions of ringgit without the guarantee that it would be implemented in time.

"Such a system will face various technical hiccups and security risks (and) an effective, transparent and fool-proof system will not be ready by the next general election in 2013," it added.

The statement said that the biometric system is built around a “false premise” that a person with an identity card is automatically a valid voter.

“This will allow a huge number of foreigners issued with identity cards to vote in the next general election,” it said.

Instead, Pakatan reaffirmed Bersih 2.0's long-held demand to use indelible ink as a solution to phantom voters rather than a complicated biometric system.

"The EC should go back to the demands of Bersih 2.0, especially the use of indelible ink, as this solution is widely used, cheap, effective, and will empower political parties to play its role in ensuring that elections are free and fair," the statement read.