BN destroyed what the people built 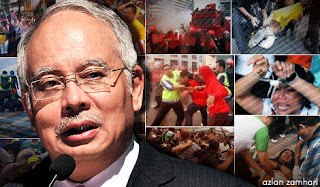 It was reported in a mainstream paper on July 4 that Prime Minister Najib Abdul Razak told Malaysians that they should not “destroy what had been built over the years”.

Najib is wrong because it is Umno/BN which is responsible for the destruction of Malaysia and the breakdown in our social mores. If Najib had any imagination, he would realise that the people are trying to salvage what is left of this once great country.

The PM had instructed his Home Minister Hishammuddin Hussein to ban the Bersih 2.0 march and call it 'illegal' He had rejected all avenues of discourse with the leaders of Bersih 2.0 and had unfairly roped in the Agong to enter the political arena thus compromising the monarch's political neutrality.

After giving indicatazlanions that he (Najib) was willing to meet Bersih 2.0 leaders and allocate a stadium for the rally, he went back on his word. His failure to meet his end of the bargain created a dangerous set of conditions whereby tens of thousands of people, about to converge on Kuala Lumpur, had nowhere to go to.

The deployment of riot police and the spreading of malicious lies about the breakdown of order and that violence and threat to property and life, promulgated by a scared but arrogant government are indefensible.

Najib is responsible for engineering a potentially dangerous scenario. That there was no incident could be put down to the discipline of the rakyat and the leadership of the various team leaders, who maintained law and order on July 9.

Even when confronted with witness statements and video/film documentation that one protestor had died as a result of police action, Najib's administration still showed lack of concern and with a characteristically blasé attitude, denied any involvement in the death. 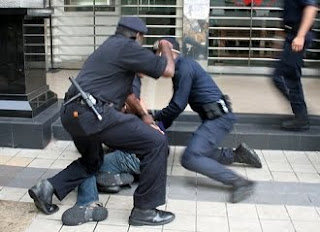 Najib seems to be the one who is clueless. Bersih 2.0 was never about any one political party. It is not about the opposition nor is it about communists taking over. It is about the rakyat demanding a right to free, fair and clean elections.

How dare he say that the authorities were willing to prepare a venue for the Bersih 2.0 protestors? The rakyat have a right to be in KL. Even members of the rakyat who live in Perak or other states have a right to travel to KL.

Right up till the last minute, the amount of prevarication and lies were astounding. Which person would not be angered by the false rhetoric and assurances presented by Najib and his cohorts in the days leading up to July 9?

Najib had said: “This is a reminder before its too late. If they want to submit a memorandum and so forth they can show democratic decency by cooperating with authorities.

“We are willing to provide a stadium for them to rally but why choose to protest in the streets....they must have other ideas. The government is not against them rallying in a stadium from morning until night. Just don't hold street protest as it is very risky to the nation.”

Najib's theory is that if BN managed to lose five states in the 2008 general election, then in his opinion the election system is free and fair.

Again, if Najib had any imagination, BN might have lost more or all of the states, if elections were truly free, fair and clean.- Mariam Mokhtar

(This is an excerpt from Mariam Mokhtar's piece that appeared in Malaysiakini.) Continue reading here.