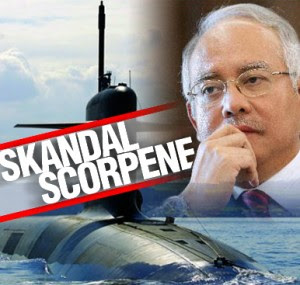 The noose could be tightening on one of Malaysia's greatest military procurement scandals, the US$1 billion purchase of French-built Scorpene submarines commissioned by then-defence minister Najib Abdul Razak in 2002.

The latest developments come at a time when Najib, as prime minister, toured Europe, meeting with Queen Elizabeth and Pope Benedict XVI in an effort to repair an image battered by an ugly crackdown on July 9 against tens of thousands of protesters asking for reforms of Malaysia's electoral system, which is regarded as rigged to keep the ruling national coalition in power.

The scandal allegedly involves French politicians, the giant state-owned DCNS defence contractor and politicians and military procurement units across the world.
The scandal netted a company owned by Najib's close friend Abdul Razak Baginda, €114 million in “commissions,” according to testimony in Malaysia's Parliament. Some of the money is rumoured to have been kicked back to French and Malaysian politicians.

French investigators have been pouring over DCNS records for months in connection with the larger scandal. The Malaysian Anti-Corruption Commission has declined to investigate the scandal, maintaining that the giant commission was payment for legitimate services. “It is likely that in September we should have access to the first police conclusions from all the investigations that have taken place over the last 18 months,” Paris-based lawyer William Bourdon told Asia Sentinel. “We know that the police seem to have obtained quite crucial documents.”
Bourdon, the leader of a team of lawyers investigating the case, is to visit Kuala Lumpur today to confer with Suaram, the NGO that has filed a complaint with French authorities over the scandal.

The question in France is whether, under French law, an NGO can act as a complainant. That will be decided in coming days by a French judge, Bourdon said. He added that he is confident that he will succeed.

For years, Malaysian authorities have been trying to keep the scandal under the carpet. The matter broke into the open in 2006, however, with the gruesome murder of Mongolian national Altantuya Shaariibuu, who had served as a translator for part of the submarine deal.

She had been shot in the head and her body was blown up with military explosives. Her last words, according to a confession by one of her killers, was that she was pregnant. The fact that her body was blown up has led to suspicions that the killers were trying to hide evidence of who the father might be.

The French prosecutors are not expected to investigate Altantuya's death as such. Instead, they are following the case on the basis that it is illegal to pay or take kickbacks in France. If the €114 million is found to be a kickback, the French prosecutors can act, Bourdon said. 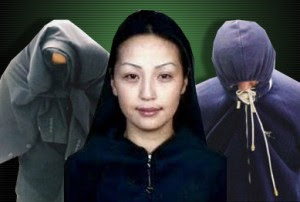 According to Altantuya's final letter, which was found in a hotel room after her death, she was supposed to have received a US$500,000 fee for her work. After a whirlwind courtship in which she was given thousands of dollars and whisked off to Paris and other destinations by Razak Baginda, who is married, according to testimony, Altantuya was jilted and ended up in front of his Kuala Lumpur house, calling him a “bastard” and demanding that he come out to face her.

Shortly after that, a sedan full of Malaysian police officers pulled up and took her away. She was never seen alive again. In the letter left behind at her death, she said she had been blackmailing Razak Baginda, at that time a well-connected political analyst.

Two of Najib's bodyguards have been convicted and sentenced to death for her murder. Abdul Razak was acquitted in a trial seemingly held to make sure top government officials' names would not come out.

French investigators have been going through the state-owned DCN's records for months. In France, the scandal has major implications. Tied to the global sales of weaponry have been deaths and scandal not only in Malaysia but in Pakistan, Taiwan and France itself.

Lawyers for the families of 11 French engineers killed in a 2002 bomb attack in Karachi were quoted in April as saying they would file a manslaughter suit against Chirac, allegedly because he cancelled a bribe to Pakistani military officials in the sale of three Agosta 90-class submarines to that country's navy.

At about the same time the French engineers were murdered in 2002 in Karachi, Malaysia placed its US$1 billion order for two Scorpènes in the deal engineered by Najib. In exchange, a company wholly owned by Najib's close friend, Abdul Razak Baginda, was paid the €114 million in “commissions,” according to testimony in the Malaysian parliament.

Although the Malaysian government has done its level best to ignore the case, it remains alive in France. In April, Bourdon, Renaud Semerdjian and Joseph Breham filed a case with prosecutors in Paris on behalf Suaram, which supports good-governance causes and, Malaysian officials charge, is closely linked to opposition leader Anwar Ibrahim.

Any investigation into corruption at the levels now underway in France is inherently unpredictable given the interests involved. What began as a ripple in Paris may yet build into a tsunami threatening individuals and plans previously thought impervious to such a threat. Questioning Abdul Razak Baginda in the UK might be a place to start.