In an unprecedented move, the Johor Syariah Court of Appeal today ordered the appeal to the divorce proceedings of former Sultanah Johor Tuanku Zanariah Tuanku Ahmad be conducted in a closed court.

The court also disallowed her children by the late Johor sultan Mahmud Iskandar (right), - Tuanku Masera and her siblings, to be present in court.

Tuanku Zanariah, who filed the application to appeal the earlier Johor Syariah High Court decision that affirmed the divorce, could not be present as she was unwell and wanted her daughters to represent her.

Even lawyers who are assisting the lead counsel for Tuanku Zanariah were given the boot by the court.

One of Tuanku Zanariah's lawyers, Kamar Ainiah Kamaruzaman, confirmed that this was what transpired at today's court proceedings.

A closed court is only normally called in civil cases involving sex crimes, when the victim is testifying, or when a child is testifying in custody battles.

However, even then the lawyers assisting the lead counsel are allowed to be present.

The Syariah Court of Appeal is the highest religious court in the state.

It is understood the proceedings took place in a special court that was to hear the Johor Islamic Religious Department as an intervener in the case on the side of the respondents, that also comprises the fatwa council.

It is learned that the Syariah Court of Appeal had not sat for some time, and was hastily formulated to hear the present appeal.

The proceedings began with one of the judges reciting the Al-Fatihah for the late sultan Mahmud.

It then proceeded with the judges ordering those in the public gallery to leave the court.

“This resulted in reporters and special branch officers having to leave the court,” said Kamar Ainiah.

She added that the judges then ordered the late sultan's children to leave the court as well.

“Tuanku Masera then stood up and said, 'We are the siblings by our mother whom the court and fatwa council may have accused of committing zina (adultery),” Kamar Ainiah said.

"But the court remained persistent and ordered them to leave the courtroom."

“This has never happened before. I do not know what to say,” she said, adding that the court then postponed proceedings to Monday.

Tuanku Zanariah’s plight began last August, after she received a letter informing that the divorce which had been backdated to Jan 23, 2009, despite Sultan Mahmud Iskandar having passed away on Jan 22, 2010.

The letter from the Johor mufti Mohd Tahrir Syamsuddin to her, was accompanied by three other documents including a divorce certificate dated Oct 8, 2010, that states the divorce took place on Jan 23, 2009.

The second letter was from the former Johor menteri besar Abdul Ghani Othman dated Dec 9, 2010, informing her of the Johor fatwa committee’s decision on Aug 6, 2010 that recognised the validity of the divorce.

The final document was from the Lower Syariah Court dated Sept 30, 2010 that affirmed the divorce.

Sultan Mahmud Iskandar passed away on Jan 22, 2010. He and Tuanku Zanariah were married on Aug 19, 1961. It was Mahmud's second marriage and they have 10 children.

Tuanku Zanariah claims the divorce is not valid and wants the Lower Syariah Court order to be set aside as she was not called for any divorce proceedings.

She also sought the court to investigate whether Sultan Mahmud Iskandar's proclamation in Jan 2009 that was allegedly witnessed by Abdul Ghani and the Johor royal committee chairperson Tengku Osman Tunku Temenggong Ahmad was valid, based on a statutory declaration they made.

"A person who passed away on Jan 22, 2010 does not have the legal capacity to initiate any court proceedings unless it is for the administration of its estate.

"Furthermore, during his lifetime the sultan had not filed for any divorce proceedings at any Johor syariah court against me,” she said in court documents challenging the divorce.

Her title as a former sultanah was also revoked following this.

However, the Johor Syariah Court had dismissed the review application in upholding the Lower Syariah Court's decision and issued a gag order not to report it, resulting in this proceeding.- mk

Why is 'raja bomoh' still free to hold rituals...

PAS Youth has questioned why self-styled ‘Bomoh King’ Ibrahim Mat Zain, who gained infamy for performing a ritual at KLIA to find MH370, is still free to conduct yet another MH370-related ritual.

Referring to a video of a ritual - said to “raise the bodies” from the sea - in Pulau Sembilan, Perak, Perak PAS Youth chief Raja Ahmad Iskandar Raja Yaakob urged action against such “unIslamic” acts.

“PAS Youth is disappointed that such superstitious and syirik (polytheistic) acts are still ongoing in Perak despite Perak mufti Harussani Zakaria speaking against the Raja Bomoh...

“What is the Perak Islamic Affairs Department’s role in preventing such acts from being practiced?” he asked in a statement.

He added that Ibrahim may be known to many leaders in Perak and no action against him gives the impression that he is immune to action.

Yesterday, portal Suara.TV published a 2 minute and 58 second video showing Ibrahim and a small team travelling to Pulau Sembilan, off Manjung, and performing the ritual.

In the video, Ibrahim’s assistant is shown looking through bamboo binoculars and ‘raking’ the sea waters using a walking stick at the island.

The azan (Muslim call for prayer) is also sounded, after the bedok is beaten in the video, which has garnered more than 70,000 views.

The men also act out like they are pulling something out of the sea.

Suara.TV quoted Ibrahim as saying that the props were only “symbolic” and the ritual was just a prayer to Allah that the remains of the 239 on board will float to the surface.

“I used the binoculars to search for the crash site, walking stick to call out to the bodies and pointed bamboos to pull the victims out.

“After that we sounded the call for prayer and prayed that our efforts are accepted by Allah,” he was quoted as saying.

Ibrahim has earlier performed a ritual using bamboo binoculars and coconuts at KLIA, resulting in the Selangor Islamic Affairs Department (Jais) issuing a warning of arrest.

Jais had also stationed enforcement officers at the airport after that to ensure that Ibrahim or other shamans did not perform rituals there.- mk

A Thai satellite has detected 300 floating objects in the Indian Ocean, about 200 kilometers from the international search area for the missing Malaysia Airlines MH 370.

Anond Snidvongs, executive director of Geo Informatics and Space Technology Development Agency, said that Thaichote satellite or Thailand Earth Observation Satellite, has recorded the objects in the Indian Ocean, on March 24 at 10am local time.

The site was about 2,700 kilometres from Perth of Australia and about 200 kilometres from the international search area where the ill-fated flight is thought to have come down. Some objects were more than two metres long, Anond said.

The detection is resulted from Thailand’s cooperation with Malaysia in finding the missing jetliner.

He said images of the findings had already been submitted to the caretaker premier and that caretaker Foreign Minister Surapong Tohvichakchaikul will forward the images to his Malaysian counterpart to examine if they were of the debris of MH 370.

Malaysia has concluded that the flight "ended" in the Indian Ocean and all passengers are presumed dead.

The latest lead was a satellite image showing 122 objects in the Indian Ocean, but the search teams comprising vessels and helicopters for various countries have not yet found them.- the nation

Deportations, sudden fogging, court schedules, even faulty electrical units have plagued Pakatan Rakyat's bid to win votes in the Balingian by-elections and a party rep is calling it “sabotage.”

However he claimed that PKR candidate Abdul Jalil Bujang has reaped positive response, despite the stacked odds in Balingian.

"The road ahead may not be very long, but it definitely is hard. But I, along with our Pakatan comrades will press on; brick by brick, block by block, calloused hand by calloused hand to deny the BN  hegemony," Lee said of his experience after visiting Mukah this week.

Balingian has been represented by ex-Sarawak Chief Minister Abdul Taib Mahmud since 2001 until he quit as CM after 33 years in power to become governor. PKR's Abdul Jalil is facing off against BN's Yussibnosh Balo on polling day set for Saturday.

DAP's Lee noted that on one afternoon alone - PKR faced "a myriad of problems" to hold a rally at Boulevard Setia Raja, where PKR leader Anwar Ibrahim (right) was the anchor speaker.

But Anwar was suddenly called to appear in the Federal Court the next day and therefore had to speak earlier than scheduled.

Then the campaign team also discovered a "badly destroyed electrical transformer" which they suspected was meant to trigger a blackout.

Meanwhile, a private contractor decided to suddenly carry out "fogging" activities right at the assembly spot.  The fogging team agreed to stop after some negotiations. Lee claimed that no 14-day notice - the usual requirement - was given for the fogging the area for eateries.

"This are the happenings in one afternoon of the twelve days of campaign, in one of the 21 voting districts in the constituency," Lee reported.

He said that despite the obstacles, the ceramah had attracted a "never before seen crowd of over 2,000 Pakatan  supporters."

Lee further claimed that gangsters tailed the Pakatan reps on their door-to-door campaign and used many other  "undemocratic, uncivilised and un-Malaysian" ways to stop them from making inroads into the BN stronghold.

The Balingian seat has 13,366 registered voters. In the last election, PKR’s candidate Suriati Abdullah obtained 871 votes against Taib, who secured 6,210 votes in a three-cornered fight.- mk 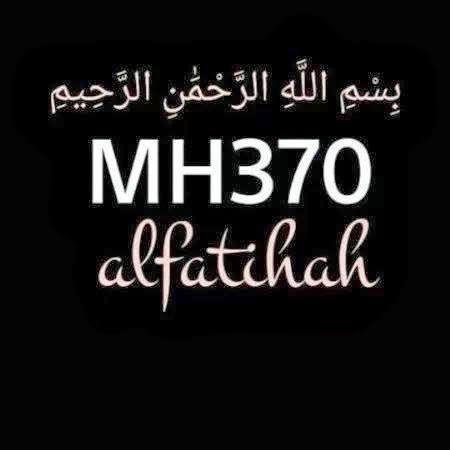