Pakatan Rakyat might not be around in 2 weeks’ time...

A fortnight ago, I gave my most pessimistic forecast that in two weeks’ time, there may not be a Pakatan Rakyat left.

It would appear that my worst-scene forecast for Pakatan Rakyat has come to pass and all that is left are the funeral rites.

Today, the PAS 61st annual congress passed a motion to sever ties with the DAP and yet remain in Pakatan Rakyat (PR) without debate.

With this PAS Muktamar motion, Malaysian politics has entered into unchartered waters with immediate consequences.

In Penang for instance, the PAS Muktamar motion will make it impossible for PAS representatives to continue at the various levels of Penang State Government.

In Selangor, the worst scenario will include a Selangor state general elections.

It is very difficult to foretell how political developments will develop in the near future, but whether there is Pakatan Rakyat or not, Malaysians must remain constant, consistent and loyal to the the goals for justice, freedom and human dignity that they aspired and voted for in the 13th General Election when they united for the first electoral change in the seat of federal power in the nation’s history.

This is why I came to contest in Gelang Patah parliamentary seat – in pursuit of the Malaysian Dream where Malaysians, regardless of race, religion or region, unite to make a great nation of Malaysia, through political, socio-economic, educational and nation-building reforms.

The Battle of Gelang Patah in the 13th general elections two years ago was not for one parliamentary seat, but to rally the people of Gelang Patah to spearhead a political whirlwind in Johore and Malaysia to bring about political change in Malaysia. 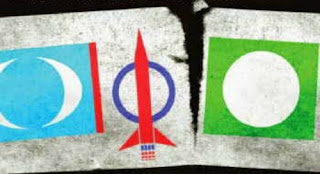 Pakatan Rakyat succeeded in winning 53% of the electoral vote but because of undemocratic gerrymandering, PR was denied the majority of the parliamentary seats and federal power in Putrajaya.

Otherwise, the Prime Minister today is not Najib but Datuk Seri Anwar Ibrahim, who would be presiding over an agenda of Ketuanan Rakyat instead of being incarcerated in Sungai Buloh Prison.

What has happened is undoubtledly a victory for the UMNO strategists and plotters in their conspiracy to divide and destroy PR with the twin lure of UG government between UMNO and PAS and the implementation of hudud in Kelantan.

Now that Najib has succeeded in seeing the destruction of PR, he will not deliver as far as parliamentary approval for the PAS private member’s motion on the implementation of hudud in Kelantan.

In fact, the motion is not even on the parliamentary order paper when Parliament reconvenes on Monday.

Najib is facing a life-and-death political struggle and he cannot alienate the 48 Barisan Nasional MPs in Sabah and Sarawak without whose support he will not be able to continue as Prime Minister. 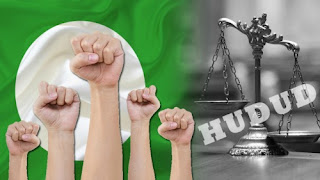 Najib knows that he will lose the support of the 48 BN MPs in Sabah and Sarawak if UMNO gives parliamentary support to the PAS private member’s motion on hudud implementation in Kelantan.

In fact, Malaysia may even disintegrate as Sabah and Sarawak will feel that fundamental undertakings in the Malaysia Agreement 1963 are not being honoured.

It is simple logic what will dictate Najib’s choice between the 21 PAS MPs or the 48 BN MPs in Sabah and Sarawak.

Whether there is Pakatan Rakyat or not, the Malaysian Dream must go on. Those who support the Malaysian Dream, of an inclusive vision of Malaysia belonging to all Malaysians, regardless of race, religion or region, who can come together in a common national endeavour to build an united, harmonious, free, just, democratic and strong Malaysia which can take its rightful place in the international arena, must continue to slog on.

The Malaysian Dream envisions a clean and incorruptible Malaysia – and the RM42 billion 1MDB scandal epitomises what is wrong with Malaysia which continues to be governed by a decadent UMNO/BN government.

The pursuit of the Malaysian Dream must continue, whether there is a PR or not, as we owe to future generations of Malaysians, regardless of race, religion or region, to build a better future for them. - Lim Kit Siang.

Mat Sabu to quit Penang gov't posts out of duty...

Defeated ex-PAS deputy president Mohamad Sabu said he will resign from his posts in the Penang government this week, in accordance with the party's pending decision to cut ties with DAP.

"If I don't obey, they would say I'm not obeying the ulamas," he announced during his sarcastic winding up speech at the PAS muktamar today.

He presently sits on the boards of the Penang Water Corporation and Penang Halal Hub.

Mohamad Sabu delivered a scathing speech targetted at the party's ulama leadeship that made a clean sweep at the polls this week.

"Our congregation is growing stronger. Our foes are Umno and BN. Don't worry about DAP, they're very small.

"We will knee and elbow them, and when we fight them we will karate (chop) them, and read tahlil (prayers for the deceased) for them.

"Why not? Last year we read a doa laknat (damning prayer), this year we read a prayer for the dead, because that party is no longer of use to us," he said, mimicking the DAP bashing that has been the hallmark of this year's muktamar.

Guan Eng: PAS will have to quit Penang gov't

Delegates at the 61st PAS muktamar today protested the party's decision to approve without debate the ulama wing's motion to cut ties with DAP.

Muhammad Faiz Fadzil, the son of late former PAS president Fadzil Noor said if the party was brave enough to make such a decision, then they should allow delegates to debate the matter.

“If we are brave enough to cut ties with DAP, then let the delegates debate it.

"This is a tempang (limp) coalition,” he said in protest during this morning's session, despite permanent chairperson Husin Ismail asking him to pipe down.

Faiz (above) said this after PAS' motions committee chief Mahfuz Omar announced the Ulama wing's motion had been approved without debate due to its sensitivity.

“I did not decide on this motion alone or with the motions committee. Because it is a sensitive issue, I brought it to the leadership's attention.

“And with the spiritual leader (Harun Din) and the president (Abdul Hadi Awang), the motion was accepted without debate,” he said, adding that it was now up to the central leadership and the syura council to decide on the matter.

When asked by Faiz what he meant by sensitive, Mahfuz said for example the decision may have repercussions on the Pakatan governments in Penang and Selangor, but did not elaborate.

Faiz was not the only dissenting delegate on the matter. After Mahfuz's clarification on the motion's sensitivity, a delegate from Kota Raja, Norhalim Sirome, also stood up and demanded for a debate.

“This matter can't be debated in 20 to 30 minutes and decided on by two or three people,” he added, echoing Selangor delegate Shafie Ngah's call for a special muktamar to discuss the matter.

The Kota Raja delegate said the tahaluf siyasi (cooperation) with DAP and PKR had greatly benefited PAS, especially in Selangor where they have been able to do good things for mosques and the Muslim community.

As such, he warned the party's leadership not to take the matter lightly.

“To the leadership, don't take this lightly! Remember oh ulamas, Allah may be accepting, but his acceptance must come with intelligence,” he warned.

The ulama council's motion is one of three motions that have been approved without debate.

The only motions to be debated are about Rohingyas and human trafficking, to set up a committee to monitor the performance of PAS' lawmakers, and a motion to condemn the death sentences for former Egyptian president Mohamad Morsi and Islamic cleric Yusuf al-Qardhawi. - mk