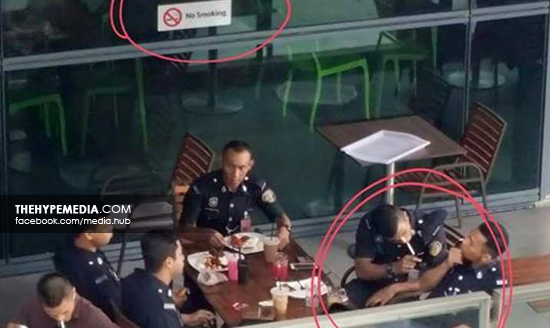 What Malaysia needs is a Malay ‘Lee Kuan Yew...

Lawyer Datuk Zaid Ibrahim has been in active politics for 12 years, but that does not qualify him as a veteran by any standard. On the other hand, few could have done as much as he did in those years – he has worked with the government, even becoming a Cabinet minister and then crossed the political divide to fight with the opposition. He even set up his own party.

In that time, he has also earned himself the title of the minister who has served the shortest term in Malaysian history. He was Minister in the Prime Min­ister’s Department from March 18 to Sept 17, 2008 – a mere six months.

He retired from active politics two years ago, but continues to give his views on current issues, particularly on the political situation in the country through statements, his blog, jottings and comments.

In a recent interview with Focusweek at his home in Tropicana, Petaling Jaya, Zaid speaks candidly about how Malaysia, despite being poorer “back then”, was a happier nation, and how the country can move forward not by changing politicians but by strengthening its institutions.

Zaid says things were different then.

“It is terrible today, (the way) the government regulates everything. It is all very silly. Those days, the government didn’t get involved in your personal life. If you wanted to go and buy 4-digit (lottery) or if Muslims wanted to eat at certain places or wear a dress to go dancing (it was okay),” he says cheekily.

Zaid admits that he was never keen on politics. While he was in Kota Bharu prior to becoming a lawyer, he was active in social and charity work.

“Through social work, one gets in­volved with the public and that was how I got dragged into politics. I was a late bloomer… I only took up politics when I was in my 40s,” he says.

Zaid joined Umno in 1988 and only be­came Umno division leader in Kota Bharu in 2000. He then contested in the 2004 elections and won the Kota Bharu parlia­mentary seat. However, he did not get to defend his seat in the following general election in 2008.

That was the year of the “political tsunami” that cost Barisan Nasional its two-thirds majority in Parliament. Zaid was appointed senator and Minister in the Prime Minister’s Department in charge of legal matters. (He subsequently resigned from his law firm Zaid Ibrahim & Co.)

Known for his criticisms against the government’s handling of legal issues, the then Prime Minister Tun Abdullah Ahmad Badawi, appointed him to “reform the legal system and the judiciary”.

It was during his tenure as minister that the government “openly apologised” for its handling of the 1988 judicial crisis which saw the sacking of the then Chief Justice Tun Salleh Abas after he was found guilty of misconduct.

Indeed, Zaid did seem like he was on the right track to reform the judiciary, and even criticised the use of the Internal Security Act to arrest DAP’s Teresa Kok (Seputeh MP), blogger Raja Petra Kamaruddin and journalist Tan Hoon Cheng in September 2008.

In his book titled I, Too, Am Malay, he wrote: “It was an abuse of power that was unacceptable. I was embarrassed publicly because I was (then) the minister responsible for law. I was not informed of the decision to arrest them.

“A ministerial post is something to be proud of. We can embrace and stay in the post if we can bring benefit to the nation. But if the post does not allow us to serve well, with transparency and dignity, and if government action conflicts with legal principles as well as assaults the principles of humanity, we have to resign. To me, the arrest of the three members of the public did not allow me to remain as minister.”

So after five months and 27 days into the job, Zaid submitted his resignation. By December that year, he was sacked from Umno. Six months later, this former min­ister, which The Economist once described as the “most promising” appointment in the 2008 Cabinet reshuffle, announced that he was joining the opposition. 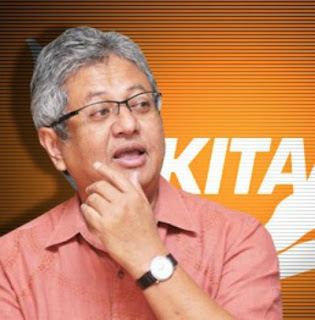 Zaid says he had already expected the current problems among the PKR, PAS and DAP even when he was there.

“All this is just wayang. They are not serious. But I lacked the ability to unite them. By then, I wanted to form a real party and not just three parties coming as one,” he says, adding that he then left PKR and formed his own party, Kita (People’s Welfare Party).

But two years later, he announced that he was resigning as president of Kita.

Zaid, who has been critical of the govern­ment, says Malaysia is in “terrible shape”.

Referring to Prime Minister Datuk Seri Najib Razak, he says: “Everybody has his good and bad points. Nobody is perfect.

“He may be the best person at heart or with the best intentions, we don’t know. The people need a leader who leads and say this is right and wrong. He must speak up and be visible.”

Zaid says while it is important to have qual­ity leaders, what was more critical was to have strong and independent institutions.

“These are our civil service, courts, the police, Parliament. For the country to be stable and prosperous, the institutions must be solid and strong. You cannot control the quality of leaders,” he says.

“The problem with our country is the institutions become submerged. They put themselves under the control of the politi­cians. If the institutions were strong, things like 1MDB would not have happened because politicians and ministers know that they (institutions) cannot be pushed around.”

He says one way of changing this is to have a strong leader.

“The last strong leader was Mahathir (Tun Dr Mahathir Mohamad), but he didn’t change anything, in fact he destroyed some of it.

“I have always said we needed a Malay version of Lee Kuan Yew. Someone who says this is the way we have to do this. But for now, we don’t have a strong leader and that is where our problem lies.”

He adds that the Malays, particularly, feel insecure under the opposition.

“That is always the mantra, but is that really so? Because if the Malays are insecure, it only means they haven’t heard enough from the opposition. The Malays can think too, I am sure. But they are only listening to one side. So the question is (as) always, how do you get to them?

“PAS, as a Malay political party, doesn’t talk about these things. It only talks about God. That is why the Malays don’t under­stand anything else. If PAS had been more progressive by speaking about social issues and justice, about why we need a strong institution and policies, then the Malays would understand there is an alternative,” he says.

“But for the last 20 to 30 years, all it has been talking is going to heaven and hell. So it is not surprising that the Malays feel comfortable with Umno.” - Rita Jong.theantdaily