Seperti ditulis Peguam Latheefa Koya di akaun Twitter @latheefakoya: “When they see a woman, a girl, a baby girl, an athlete, a woman MP, a woman doctor – no all they see is vagina, vagina, vagina.” 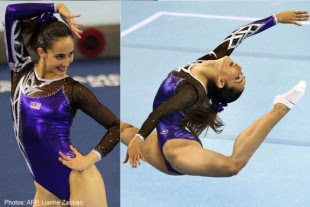 Gymnast receives backing for her “gold medal-worthy” outfit...
Various organisations and individuals have jumped to the defense of Malaysian gymnast Farah Ann Abdul Hadi after the brickbats she received for her "revealing outfit" during her gold medal showing in the SEA Games.

Farah, who won two gold, a silver and three bronze medals at the Games, has been on the receiving end of much criticism, with people opting to condemn her outfit, rather than applaud her for her winning performances in Singapore.

Among those was Perak Mufti Tan Sri Harussani Zakaria, who went as far as claiming gymnastics is not for Muslim women, saying this was because participants had to expose their aurat (parts of the body which should be concealed) and the shape of one's body.

Youth and Sports Minister Khairy Jamaluddin was however quick to defend her, calling for Malaysians to appreciate her showings instead of throwing flak at the gold medalist.

"Farah Ann has brought honour to this country by delivering that gold medal. She worked hard to perfect her routine and she has put in thousands of hours of practice to get where she is today.

"I am extremely proud of each and every one of our athletes who have brought glory to this nation, male and female, regardless of their competition-regulation outfit, and I hope everyone is too," he said, in an SMS reply to theSun.

Khairy, in his tweet on Saturday, also said: "In gymnastics Farah wowed the judges and brought home gold. In her deeds only the Almighty judges her, not you. Leave your athletes alone."

Social activist Datin Paduka Marina Mahathir also lambasted her critics, calling the attacks against Farah a sign of how the country was in danger of being overtaken by "stupidity".

She said this during a panel discussion at the Cooler Lumpur Festival on Saturday.

Sisters in Islam (SIS), a group championing the rights of women within the framework of Islam, also echoed the sentiments of Khairy and Marina, adding that it is frightful to see how the voices of extremism and narrow-minded Muslims are creeping into Malaysia.

Its executive director Ratna Osman even compared the criticisms to the mentality of the people of Islamic State (IS), who choose to be obsessed with women's dressing when there are other critical national issues that need to be addressed.

"No one should dictate how any person chooses to wear. Instead of attacking Farah, they should be proud of her achievement. For years, Malaysian women have made Malaysia proud in their successes in sports," she said, when contacted by theSun today.

"It is very concerning that this minority extremist voices have marred the joyful event that should be celebrated by all Malaysians," she added.

Meanwhile, Farah Ann's former principal at the Bukit Jalil Sports School, Marina Chin, was adamant the flak she received was undeserving, calling the attacks on her as "stupid".

"Worldwide, it is known that gymnasts have to wear that (leotard) for the performances. Attacking her is just stupid," she said when contacted.

"As a person, I know her very well. She works very hard and has put in a lot of effort to be where she is right now. She definitely don't deserve this," she added.

Fellow SEA Games athlete, Mohd Fandi Othman, who captained the Malaysian football team during the games, was also quick to jump to Farah's defense in light of her criticisms, especially after her gold-medal performance in the SEA Games.

"Her intention for the games was always to make the country proud, and that's exactly what she did. There is no need for anyone to condemn her," he told theSun.

Farah also took her time to counter her 'aurat' critics by posting on her Twitter account on Friday, comparing them to empty cans.

"Empty cans make the most noise," it reads, before later also thanking her fans with another post that reads: "Thank you so much for all the support. I appreciate it so much. Love you all." - theSundaily

DAP's latest recruitment of national laureate A Samad Said was read positively by an Umno minister as a sign that Malaysia is breaking the barriers of race.

In announcing the recruitment of the former Bersih co-chairperson into the party, DAP had described Samad as a "warrior of change".

Fondly known as Pak Samad, he won the prestigious South East Asia Writers Award in 1978 and was bestowed the national laureate title in 1986.

"Malaysia's democracy has advanced so much, it seems the (colour) of skin doesn't matter anymore.  It is all about the ideology now," the senior cabinet minister told Malaysiakini in an exclusive interview yesterday.

From now on, people should talk about being Malaysian rather than touch on their own race, he noted.

Race-based politics has been said to cause growing tension in this multi-ethnic and multi-religious country and the government has been criticised for not being able to provide the leadership to ease the strained relationships.

Nazri (photo) said the movement away from race-based politics occurred when DAP began its journey to walk side by side with PAS and PKR .

"Gone were the days when DAP was called a chauvinist Chinese party," he said.

While in principle multi-ethnic, it has been labeled that, as the party leadership is dominated by Chinese.

BN, particularly Umno, has gone all out to sling mud at the party for being anti-Malay and anti-Islam.

Nazri, while claiming that Umno is a moderate and open party, said Umno has difficulty to adopt multi-ethnic membership, simply because its constitution is based on upholding the cause of the Malays.

He, however, opined that exceptions should be given to non-Malays, willing to subscribe to the struggle of Umno.

"I think, non-Malays should be given a chance to become members, but they must subscribe to Umno's struggle," asserted the Padang Rengas MP. - mk 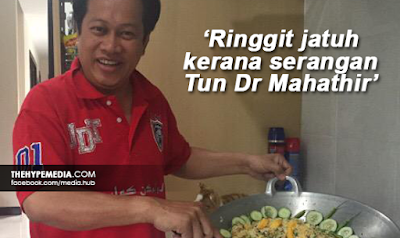