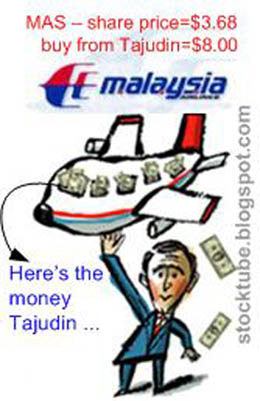 
Non-Muslims can help PAS give BN a 'sayonara...

BN will have to say "sayonara" to Putrajaya if PAS can keep and nurture the people's confidence including non-Muslims, PAS deputy president Mohamad Sabu said today.

As such, he said, the Islamist party should not do anything to turn the people away from them, especially non-Muslims.

"If the people continue to support PAS until the next election, then BN will have to say sayonara to Putrajaya.

"But don't let our actions (be seen) as chasing away the non-Muslims from voting for us," he said in his speech at the PAS Youth muktamar in Shah Alam today.

However he did not elaborate on what actions would erode non-Muslim support.

Mohamad's appeal comes amid a clash between those who want to keep PAS in Pakatan Rakyat and those who feel the party had given too much face to the opposition coalition.

Pakatan, advocated by progressives such as Mohamad, has helped expand PAS' support beyond its traditional east coast Malay heartland but conservatives in the party are upset over what they see as a deviation from its purist Islamist mission.

Quaking in its boots

"We should ask ourselves, did we meet a non-Muslim this week to talk about the beauty of Islam?" he asked the delegates.

Mohamad added that BN (photo) was quaking in its boots because of PAS' performance in the last two general elections.

"Our enemy BN has been biting its nails after seeing that in 2008, the urban and rural Muslims [...] are now with us with added support from the non-Muslims," he said.

He then reminded the delegates that Pakatan Rakyat had been able to take over five states in 2008.

However, he also pointed out that PAS on its own hadn't been able to recapture Terengganu since after the Barisan Alternatif days in 1999.

"That is the power of PAS with tahaluf siyasi (political cooperation). From this coalition, we will continue to strive to be more acceptable to the people and be a real alternative to BN," he added.- mk 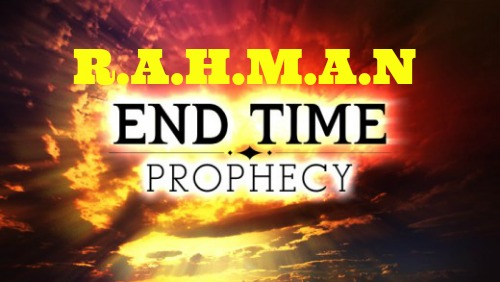 Is the RAHMAN prophecy about to play itself out...

It tickles the bone to read that Prime Minister Najib Razak has given an ultimatum to his Cabinet members to resign if they are not on the same page with him on the 1MDB restructuring plan.

Co-incidentally, his deputy Muhyiddin Yassin, who has twice voiced his opinion openly on the 1MDB issue was not in attendance during the meeting last Friday.

Muhyiddin is said to be on leave and is expected to arrive at KLIA tonight. He is speculated to be received on a grand scale by his supporters.

Did Najib throw a warning towards Muhyiddin last Friday? Why did not Najib do so when Muhyiddin was also present at other meetings before? Was Najib afraid to do so?

The first time was in Milan when Muhyiddin voiced his dissatisfaction on 1MDB, citing their loss in the Permatang Pauh by-election and reduced majority in Rompin as a consequence of 1MDB fiasco.

The second was during a ''closed-door'' meet with some Umno division heads in Janda Baik, that eventually went public due to a leaked video on the Internet, where he was caught saying that he did not know how to answer questions pertaining to 1MDB.

In the video he has also called for the resignation of the 1MDB board of directors and police investigation to be initiated.

It is evident that Muhyiddin is no longer in good terms with Najib though Najib admitted in the Umno Supreme Council meeting last month that he often discusses issues with his deputy on all current issues.

Thus in actuality, Najib need not give an ultimatum to any Cabinet member in regards to the 1MDB issue. As the PM he has the powers to sack any minister who does not support him.

If he feels that Muhyiddin or any other minister like Shafie Apdal and Khairy Jamaluddin are not helping him, he has the right to sack all three of them.

But in the current turmoil and a weak Umno due to the relentless attacks from former prime minister Dr Mahathir Mohamad, is Najib daring enough to sack the three minister?

Even though Umno Youth has hailed Najib and say they are satisfied with his explanations on 1MDB, Khairy is still not too happy on the issue which he says has burdened Barisan Nasional (BN).

In fact Khairy has made calls for the issues settled as fast as possible as it had haunted the people.

Same too, goes for Shafie who has clearly rejected Najib when he went for Umrah to Mecca when Najib was received by a huge crowd in Tawau.

Shafie had said that Umno is not exclusive to any party, as though mocking Najib that it had to be led by a former Umno man's son.

The 1MDB issue has caused havoc for BN government. Previously it was PKR leaders that brought up issues but it became talk of town when Mahathir too jumped on the wagon criticising Najib.

Malaysians still have it fresh in their minds how Mahathir criticised Pak Lah till he had to resign. Pak Lah was said to be too influenced by his son-in-law. BN failed to obtain two thirds majority during the 2008 general election apparently due to Mahathir's continuous attacks then.

When Pak Lah left in 2009, Mahathir rejoined Umno under Najib and even said that he wants to coach Najib.

Before his last breath in London in 1976, it was reported that Razak, Najib's father, had summoned three of the then vice-presidents of Umno, namely Ghafar Baba, Tengku Razaleigh Hamzah and Mahathir. He asked them to train Najib as a nation's leader.

It was only Mahathir who was said to have promised to fulfil Razak's last wishes.

On that reason when Mahathir became PM in 1981, he made Najib the Pahang menteri besar for one term (1982-1986) before calling him to join the Cabinet as the youth and sports minister followed by defense minister and then education minister.

Mahathir was willing to sacrifice his future replacement like Musa Hitam, Ghafar Baba and Anwar Ibrahim just in order to give Najib the space to climb the ladder.

After naming Pak Lah as the new PM, Mahathir gave the condition that Najib be made the deputy to fulfil his promise on the last wishes of Razak, though Pak Lah had wanted Muhyiddin as his deputy.

That is the love Mahathir has for Najib. But when 1MDB lost RM42 billion, Mahathir can no longer defend Najib who he had regarded as failing to continue Razak's legacy but instead likes to waste public funds.

Indeed when Razak's children wanted him to build a swimming pool in the official residence of the PM, Razak declined as he did not want to waste public funds. That is what has appalled Mahathir in witnessing Najib that lives in luxury instead.

After successfully getting Pak Lah to resign, will Mahathir's attacks this time around see the fall of Najib?

Or will Najib become the last Umno prime minister, and confirm the prophecy behind the RAHMAN theory that only six Umno persons will be PM?

If BN loses the 2018 General Election, Najib will be the cause.

Let us see how far the public still supports Najib and if it will translate into votes in the next election. Or are they merely giving support to Najib on the surface as they are hired crowd to attend functions. Only time will decide.- Zabidi Saidi,berita daily 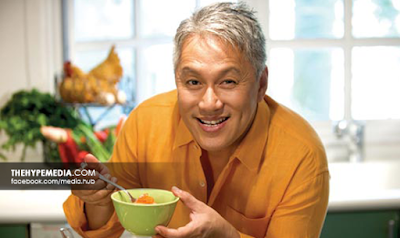