Two Indonesian Air Force aircraft crashed into a home in Langkawi after a mid-air collision during a practice session for the 2015 Langkawi International Maritime and Aerospace exhibition (LIMA ’15) at about 2pm today.

An eye-witness told Bernama that the crash set the house on fire, but firemen were quick to douse the flames.

No casualties were reported.

The jets were part of the Jupiter Aerobatic Team and had collided when six KT-1B aircraft were crossing the Mahsuri Internationl Exhibition Centre (MIEC).

Photographs also showed that the pilots had ejected, while first responders were seen in other photographs carrying a pilot on a stretcher towards rescue helicopters.

A witness, Husin Ahmad, 25, told the national newswire one pilot managed to save himself by ejecting from his aircraft and activating his parachute.

"I was having lunch, when I suddenly saw the two planes colliding at the tail end, emitting smoke, before they crashed."

"One of the pilots also managed to bail out using a parachute," he was quoted by Bernama as saying.

Another witness, Zairi Halim, 35, said he was having lunch at home when his son came running to inform that there was an aircraft mishap a short distance away.- mk

Despite the Kuala Lumpur Syariah High Court having freed Borders bookstore manager Nik Raina Nik Abdul Aziz over the sale of Irshad Manji’s 'Allah, Liberty and Love', the Federal Territory Islamic Department (Jawi) is hell bent to bring her to the book.

Following this, Nik Raina's three-year ordeal may drag on at the Syariah Court of Appeal, the highest state level religious court in Kuala Lumpur.

Yau, who has been supporting Nik Raina in the ordeal, said the latter received the notice on Friday, instead the normal procedure that such letters should be addressed to her lawyer Rosli Dahlan.

“I can't help but wonder if that action was meant to further intimidate Nik Raina. She is understandably upset over this,” Yau told Malaysiakini.

On Feb 26, Syariah High Court judge Mohd Aman Mat Zain granted a discharge not amounting to an acquittal after the 38-year-old store manager when he ruled the court took into consideration the appeal by the syariah prosecutor to the Federal Court has not proceeded in getting leave to appeal.

“Under these circumstances the court has to take into consideration of Nik Raina's welfare.

“The court should make a decision that is not in conflict with the duality in the country's legal system,” said the judge.

Nik Raina is being charged under Section 13 (1) of the Federal Territory Syariah Offences Act 1997 for selling a publication deemed against the religion.

The store manager stands to face a maximum two years' jail term or fine not more than RM3000 or both if convicted.

However, Jawi conducted the raid and seized the book on May 23, six days before the book was declared banned by the Home Ministry.

As Jawi cannot charge a company or a non-Muslim senior officer, Nik Raina has become a victim of circumstances.

This led Nik Raina and Borders to file the judicial review where the KL civil High Court and the Court of Appeal last December ruled the seizure as illegal and unconstitutional and ordered the charge be dropped.

However, Jawi is also appealing the civil court's decision at the Federal Court.

Selling books, not liquor or drugs

Nik Raina commenting on Jawi's appeal said the moment she received the letter she became upset and silently cried inside her office.

She questioned what Jawi was trying to prove to all Muslims and Malaysians by making her a scapegoat in their persistent legal actions.

“I continuously kept asking myself, why do they have to do this to me?

“What are they trying to prove?,” she asked.

“As Jawi is a respected Islamic body, are they happy to continue to persecute me and make me a scapegoat for the sake of their good name and reputation among Muslim community?

“I simply manage a book store, that just sells thousands of books, and for sure not drugs or liquor,” said Nik Raina (above, in pink headscarf).

It is very clear, she added, that Manji’s book was not yet banned at the time Jawi’s seizure took place.

She quizzed as a Muslim, how Jawi could do this to another Muslim by continuing to put her in a very difficult situation that not only affects her but also her family.

“It is not easy for me to keep calming my parents every time this case is mentioned.

“They are too old to keep thinking about my safety and future. This indirectly makes me feel guilty and uneasy every time they see me in court, as they would become worried.

“All I can say is, this is not fair to me and my family; the stigma of some people who may think I am against the religion.

“I thank Malaysians who continuously pray and supported me for this case and for justice,” she said commenting on the silent support she has received.

For example, on Friday night spokesperson for the G25 eminent moderate Malays, Noor Faridah Ariffin cited the Borders case as an example of the overzealousness of the religious authorities in enforcing syariah laws, and the group met several Malay rulers last month to address these concerns.

Nik Raina’s lawyer Rosli meanwhile slammed Jawi chief prosecutor for going against procedure by serving the notice of appeal at Borders Gardens bookstore, ignoring the fact that his firm Lee Hishammuddin Allen and Gledhill are the solicitors on record.

“The chief prosecutor breached the rule that they should not communicate with my clients directly.

“But more importantly, they displayed arrogance and deliberately want to inflict fear and oppression on Nik Raina by serving directly on her instead of on my firm,” he said.

“By this latest appeal, Jawi's chief prosecutor is acting in contempt of the High Court  and the Court of Appeal orders directing that the prosecution be discontinued as it is illegal.

“This appeal is a (deliberate) act and not a passive omission by the chief prosecutor, which is in direct breach of the two orders by the superior courts.

“This will be a first in Malaysia that Jawi prosecutors are cited for contempt of a civil court order.

“We are not in any way implicating the Syariah High Court as it in fact agreed with the civil High Court and the civil Court of Appeal by the discharge order,” he said.

Rosli added he is sadden by the total lack of wisdom by the Jawi prosecutors, as if they wish to deliberately bring about the syariah and civil courts into a collision course, to force a conflict of laws and conflict of jurisdiction.

“This also exposes the vindictiveness and irrationality of this latest course of action by the Jawi chief prosecutor.

“Bear in mind that this has never been done before that we have to cite a chief prosecutor for contempt because he behaved as if he is immune from committal proceedings,” he said.- mk
JAWI rayu keputusan kes buku kontroversi 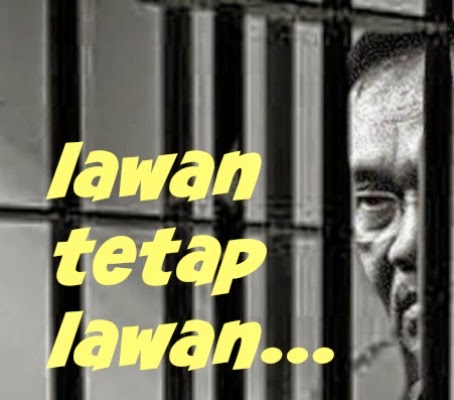