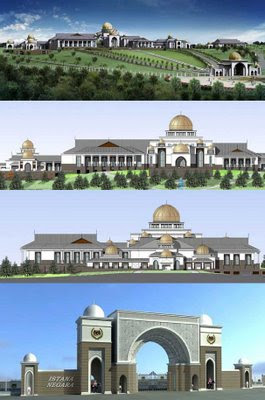 The main contractor appointed to build the new Istana Negara (National Palace) is not fit to handle the multi-million ringgit project, said parliamentary opposition leader Anwar Ibrahim. He said the company, Maya Maju (M) Sdn Bhd, was listed as dormant by the Companies Commission when it was awarded the project by the Public Works Department on Oct 26, 2007.

"This company is controlled by a Datuk Man bin Mat who is the former treasurer of the Umno Merbok division," Anwar told at a press conference at the Parliament House lobby today.

"It was only registered as a construction company in August 2008. It is not licensed by the PKK (Contractors' Service Centre) or CIDB (Construction Industry Development Board) both which are compulsory." 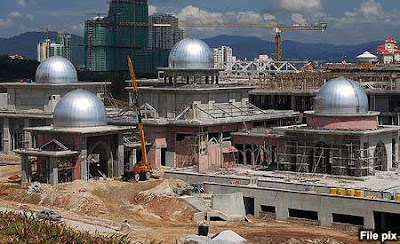 Anwar pointed out that there has been no explanation as to why the cost of the Istana project has gone up twice, jumping from an initial cost of under RM400 million to over RM800 million currently.

"The proposed construction cost offered to Maya Maju under the privatisation concept was around RM395 million, but after direct negotiations with JKR (Public Works Department) it went up to about RM650 million.

"There was no explanation for the sudden hike and now the cost has gone up to RM811.2 million," he said, adding that the main contractor did not get permission to use the name Maya Maju, which had been registered earlier to another company.

Anwar said the opposition, via Indera Mahkota MP Azan Ismail, will raise the issue with the Public Accounts Committee (PAC) to push for an in-depth investigation into the controversial project.