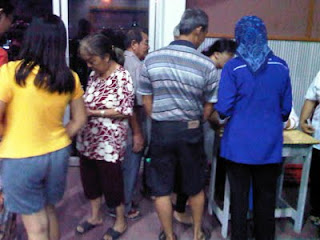 At an Umno Wanita community dinner function in Batu Sapi last night, RM20 was distributed to individuals who had registered their particulars with the organisers. This was video-recorded by Malaysiakini after receiving a tip-off from locals in the area that money was changing hands at a 40-table dinner function in SMK Agama Sandakan located in Taman Mawar, Batu Sapi.

Majlis Ramah Mesra, which was hosted by Wanita chief Shahrizat Abdul Jalil, was packed with BN supporters clad in party colours of blue, red and white sporting the familiar scale symbol and the Umno logo. Just before the event kicked off, however, individuals had queued up at a registration table to have their names, contact details and party affiliations recorded before getting 'redeemed' RM20 in cash.

Though the stage backdrop at the dinner stated that it was organised for members of Wanita Umno machinery, many of those in attendence were middle-aged Chinese men and women. When asked as to why those queuing were in line, those interviewed - including one 'aunty' who said she is a voter - said they wanted to “collect money”.
“It is for voters. You need just to show your MyKad to prove that you are a voter in order to get the money,” said the lady.

'Remember to vote for BN' 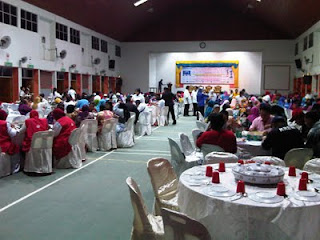 It was observed that many of those who had queued at the registration table left right after collecting the cash while those clad in BN uniforms found themselves seats at the table. Some said they were being reimbursed for their “transportation expenses”. They declined, however, to say how much they were given each. After recording his details at the table, even a Malaysiakini journalist received RM20 without being questioned or even producing his MyKad. He was informed at the registration desk that everyone was given the same amount.

“Remember to vote for BN!” said one woman who was near the registration table to the journalist.

'Don't be naughty. They're not voters'

When approached, Umno Wanita chief Shahrizat claimed that the RM20 was given as allowance for party campaigners. Shahrizat, who was accompanied by Karambunai state assemblyperson Jainab Ahmad Ayid, told Malaysiakini that she was unaware of the registration table, but later said that it was probably set up just to record the attendance of those at the function.

“I don't know about that. I think this one must be for the registration,” she said. Asked about the cash that was given away, Jainab interrupted and said curtly that the money was meant for “transportation”. 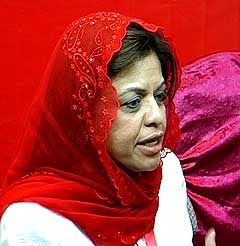 Below is a short transcript of the conversation, edited for clarity:

Shahrizat: Because these are jentera (party machinery). They are not the voters. They are from all over (the place).

Jainab: (Yes, they are) machinery... so we give them transportation (allowance).

Shahrizat: I know they from Kota Kinabalu, Kalabakan (and) all over. Tonight I (am) meeting (them), as you can see [pointing at the stage backdrop], (this function is for) the machinery. They are the ones going down (campaigning).

Shahrizat: I must make this clear (that) this is not vote-buying... You are (from) Malaysiakini? Please don't do that to us because these women they come from all over Sabah. They are the jentera. This is not... I didn't even know about that.
Jainab: We are not voters. For your information, none of us are voters. We are here to work. So this is our machinery (and the money is) for transportation, that's all!

Lover Boy has this to say : Hello, This are "jenetra parti" party machinery and they are paid RM20/- I do not know for what. Look at those people , the "Ah Soh" and man in singlet and shorts. I had my speaker turned high to listen to the 2 Ah Soh talking. They spoke in Hakka a common dialect there I suppose. One told the other in a muffled tone give your IC to them and you get RM20. Back ground is a guitar music played to the rune of Armor. Jainab and Sharizat, you are jentra parti that I agree, but what are you doing with the Hakka Ah Soh there? Makan malam and bermesra ka? 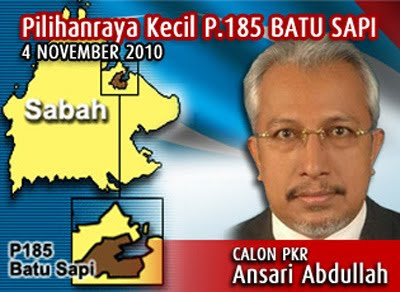