Let Dr M hear what Sirul has to say...

PAS MP Mahfuz Omar has spoken up on the Sirul Azhar Umar issue again, explaining that he had brought Sirul’s mother, Piah Ahmad, to meet with Dr Mahathir Mohamad yesterday in the hopes of arranging a conversation between the former prime minister and Sirul himself.

The Pokok Sena MP and PAS Information Chief spoke to reporters outside Parliament today, saying that Sirul, who has been convicted and sentenced to die for the murder of Mongolian Altantuya Shaariibuu, was the best person for Mahathir to speak to regarding the case.

The MP expressed his hopes that Mahathir would be able to listen to Sirul’s story and speak up as well, since he did not consider his own words as having sufficient weight to tell Sirul’s story.

“Sirul had admitted that he was only following orders. So he can tell who gave the orders and why those orders were given,” said Mahfuz.

“People may not believe me if I say that I met with Sirul and he told me – for all they know I could have met with the nasi kandar man – so I hope I can meet once again with Tun and he will give us the time to personally talk to Sirul.”

He also apologised to the media for “keeping it secret” for fear of the wrong message being sent through photographs going viral online and the like.

“I apologise for keeping it secret yesterday. The meeting with Tun Mahathir happened at 3.40pm and lasted for 40 minutes. I saw that he was listening raptly to the outpouring of Sirul’s mother’s heart. I could see that Tun sympathised with her words,” said Mahfuz.

“I hope again that after this meeting between Sirul’s mother and Tun Mahathir, I can arrange for a phone call between Sirul and Tun so that Sirul himself can tell what had happened.”

Sirul’s mother and uncle had confided in Mahathir about certain facts and highly guarded secrets pertaining to the murder of the Mongolian.

Piah stressed that her son acted on orders from higher up and was paying the price of his actions now.

Just days ago, Mahathir was quoted as saying it would be cruel to hang Sirul if it was indeed proven that he was following orders to kill the Mongolian.

“The public is wondering who gave Sirul the order,” he wrote in a blog posting. “He (Sirul) was Dato Sri Najib’s bodyguard and his allegation must be investigated to determine who gave the order. Najib has only said that Sirul was talking rubbish. There’s been no investigation.

“We’re talking about somebody’s life. It would be cruel indeed to kill someone who was following orders.”

Sirul’s mother has been to Sydney pleading for her son’s asylum where he remains in detention after fleeing the country.

“It is safer here than in Malaysia for Sirul,” Piah had said. - fmt

No money to visit Sirul? Mahfuz to the rescue...

Pokok Sena MP Mahfuz Omar will find a sponsor to send police personnel to Australia in order for them to probe claims made by fugitive police commando Sirul Azhar Umar.

"If the police don't have money to pay for the officers (flights), then I will find a sponsor who can pay for the police and the inspector-general of police to go there," Mahfuz told a press conference at the Parliament lobby today.

Previously, police chief Khalid Abu Bakar said there was no need to further question Sirul further, as police have already met him at the immigration detention centre in Sydney.

However, Sirul (right) refuted this claim by the IGP in an exclusive interview with Malaysiakini.

In light of this, Mahfuz reiterated that police must probe the fugitive’s claims that he was made a scapegoat, and was acting under orders.

He also confirmed that Sirul's mother, Piah Samad, has met with Dr Mahathir Mohamad at the former prime minister's office in Putrajaya yesterday.

"It's true, I took Sirul's mother and his uncle to meet Mahathir at the Yayasan Perdana office in Putrajaya yesterday," he said.

Mahfuz added that he had to keep the meeting secret, out of fear that there would be an attempt to stop it from happening.

During the 40-minute meeting, he said, Piah had expressed hope that Mahathir could help out her son.

“Mahathir listened diligently to her... he was very sad and very sympathetic to her.

“(However) Mahathir did not promise her anything, but Piah feels (that he will help),” Mahfuz said.

Mahfuz, who is also PAS information chief, said he is planning to hold a second meeting with the Mahathir, this time, with Sirul on the phone with them.

“I hope I can organise another meet, to allow Sirul to speak with Mahathir.

“I believe if Sirul can tell Mahathir everything, then Mahathir will know what to do (to help Sirul),” Mahfuz said.

Sirul and fellow police commando Azilah Hadri have been sentenced to death for the murder of Mongolian national Altantuya Shaariibuu.

However, Sirul escaped incarceration in the death row by fleeing to Australia before the court verdict was delivered, where he was detained by the country’s immigration authorities.

Australia has a policy of not extraditing people facing the hangman’s noose back to their home country, making government efforts to bring Sirul back difficult.- mk

My son was made a scapegoat, Sirul’s mom tells Mahathir...

The meeting took place at Yayasan Perdana in Putrajaya, but it remains uncertain when it took place.

Pictures of the meeting can be found on Facebook where it showed Mahfuz arriving with Piah and her relative and their meeting with the longest serving premier.

Mahfuz (pix below,standing on the left), who is also PAS information chief, had on Friday informed Malaysiakini that he was trying to arrange a meeting between the 74-year-old Piah (in the middle) with Mahathir.

This follows the former premier's stinging blog posting against premier Najib Abdul Razak for refusal or evading in answering questions including the murder Altantuya Shariibuu where Sirul is convicted with chief inspector Azilah Hadri, and also the controversial 1MDB fund.

Mahathir had questioned who had ordered the killing of Altantuya, following Sirul's exclusive interview with Malaysiakini when the former police commando admitted he acted under orders and had been made a scapegoat and that the real person involved in the crime are still out there.

The former PM added that as a result of Najib's silence, he was concerned that Umno and BN will lose at the 14th general election.

Mahathir further said yesterday that he was not accusing Najib of the murder but wants the police to clear the PM and that what he asked were questions raised by the public.

The Pokok Sena MP when asked by Malaysiakini in Parliament late this evening, refused to confirm the meeting but said he will hold a press conference in Parliament tomorrow morning. - mk The government is in denial to say Felda Global Ventures Holdings is on the right track when its plunging profits and share price shows it is gasping for air, Petaling Jaya Utara MP Tony Pua said.

He was responding to Deputy Minister in the Prime Minister’s Department Razali Ibrahim’s written reply to Parliament that FGV enjoying a boost in revenue despite the plunge.

Worse still, earnings per share tumbled close to 70 percent to a mere 8.4 sen in the same period.

"The (deputy) minister’s response is a clear case of denial syndrome that will be the harbinger of worse things to come.

"His citing of fantastic financial statistics is like a doctor telling a patient that his eyesight remains good, despite detecting severe coronary artery blockage which requires a triple bypass surgery," he said in a statement.

The fact that Razali said 99 percent of settlers are still hanging on to their 800 shares also means that the settlers have collectively suffered a paper loss of RM177 million, he said.

Pua asked the ministry for the number of shares purchased by settlers during the IPO and the number of those who have sold the shares.

He did not mention the sharp drop in net profit, chiefly driven by a 96 percent year-on-year plunge in the fourth quarter due to one of the worst floods in the nation’s history.

Razali acknowledged that share prices have dropped but said this does not affect growth or operations.

Share prices dropped from RM4.55 at initial public offering to RM2.09 per share at close of trade yesterday.

He added that share prices plunged due to commodity price fluctuations.

FGV is a plantation firm and 75 percent of its earnings comes from commodities, he said.

"This pressures are not only faced by FGV but all other palm oil firms," he said.

This seems to be at odds with FGV chairperson Isa Samad's who said it is "unfair" to compare FGV with other plantation companies.

Isa said this last November, when asked on investment bank Kenanga, which placed Sime Darby as its top pick for plantation shares.

Kenanga in its report on nine plantation firms had also said FGV is performing within market expectations.

However, Pua (left) noted that no investment bank in Malaysia today recommends buying FGV shares despite its low prices.

"The performance of FGV over the past two and a half years only made the above statement a laughing stock, for not only did the company fail to become a global powerhouse (as promised), it was a trailing laggard even in Malaysia," Pua said. - mk 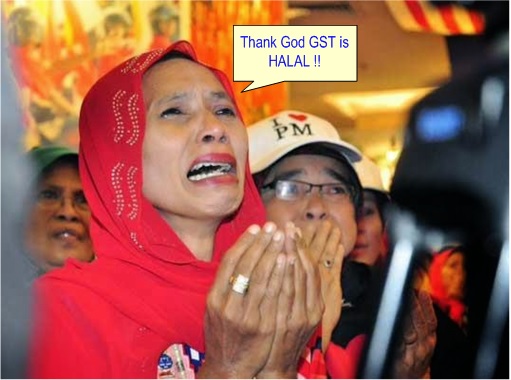 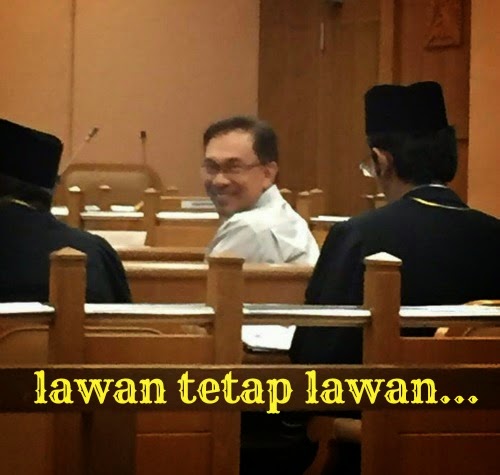