While Penang PAS Youth is upset with PKR Youth over comments against their party chief Abdul Hadi Awang, PAS Youth chief Suhaizan Kaiat was caught looking chummy with the 'enemy' on Twitter.

When asked to explain the photograph of him and Penang PKR Youth deputy chief Khairil Anuar Kamarudin looking on the best of terms, Suhaizan said he was only trying to help mend the worsening relationship between the two Youth wings.

"I wanted to be the mediator between the two. Actually (the remark about Hadi) was just Khairil's personal opinion, so I thought the solution would be for them to meet," Suhaizan told Malaysiakini today.

Yusni said the wing’s operations rooms would be closed and election workers would not be deployed for the by-election.

Khairil is the man in the spotlight as he was the one who had called on Hadi to resign over talk that PAS was in cahoots with Umno.

Meanwhile, Suhaizan said the initial plan was for him to negotiate with both quarters on the matter.

"But the meeting did not materialise because Yusni believes that he can solve the problem himself," he said.

Suhaizan, who said he had no personal problems with the two men, added that Khairil had agreed to the meeting.

“Although Yusni said Penang PAS Youth will not cooperate, we still provide space for those who want to help out.

“If there are those who want to assist, they can register themselves at the operations room at the Permatang Pasir assemblyperson's office,” he said.

In a press conference in Penang today, Lim said this was decided by the state executive council, and was to ensure the voting process in Permatang Pauh proceeds smoothly.

"We hope employers will take note of this. Even if they do not observe the public holiday, we hope employers, especially in the private sector, will allow their staff to vote."

Lim added he hoped all outstation voters, reportedly numbering at least 6,000 out of the 70,000 voters in Permatang Pauh, would return to participate in the polls.

Failure of outstation voters to return home to vote may adversely impact the outcome of the by-election for Pakatan’s candidate Dr Wan Azizah Wan Ismail, the president of PKR.

The seat fell vacant when its former MP and PKR defacto leader Anwar Ibrahim failed to obtain a pardon from the Agong.

He has been in Sungai Buloh Prison since Feb 10, serving a five-year jail sentence for a sodomy conviction.- mk

Saving the nation must come first...

Dr Mahathir Mohamad delivered the grand slam yesterday at the public forum, Bicara Negarawan: You Are Not Alone in Kuala Lumpur.

We cannot on carry on singing, “Let the old man shout for all we care”. It’s a mockery to defend Najib and Rosmah with counter arguments like, “He was no angel when he was the PM”.

All the key issues raised by civil society and Opposition political parties have been delivered in his trademark style in the presence of about a thousand citizens who care just as much about the nation.

It can only come from a courageous citizen who is truly passionate about the country and its future.

In any other country that preaches and walks the talk of democratic politics, the implicated candidate would have resigned or stepped aside until justice is done. This has not been the case in Malaysia and it truly puts the country’s well-being in precarious paralysis.

The former prime minister has clearly spelled out several key concerns. Any college student will agree that these are serious concerns and unbecoming of a leader in power.

In today’s climate who would hold five wedding receptions and in such grandiose fashion? It is straight out of fairy tales of kingdoms in bygone eras.

On top of that, Najib and Rosmah used the Prime Minister’s official residence , Seri Perdana, to host one of the four receptions held in Malaysia. We were also told that 300 of the Who’s Who in town flew to Kazakhstan where a three-day wedding celebration was also held.

One wonders, was the official jet also used for the trip?
Tun further took up every rakyat’s cry out: he rightly slammed that the GST must be abolished. If Najib’s administration continues to disregard this warning, come May 1st the rakyat will take to the streets to peacefully register their disagreement.

The mystery of 1MDB’s RM42 billion debt has not only been the clarion whistle from the Opposition block; Tun himself in no uncertain terms said it bluntly: 1MDB is a scam for as long as it is not explained, with acceptable justification.

If the rakyat clamor, they can be shut up by the top policeman of the nation. But now that the former leader of 22 years has expressed the same serious concerns about 1MDB, what should we do? Go out in the streets and carry Najib and Rosmah on our shoulders?

That is what the Umno Youth leader did, thinking foolishly that people will accept the spectacle as the answer to all the doubts.

Umno has again dug itself into a vulnerable gulley.

Although the Tun did not say anything about the Altantuya murder, the very mention of it was enough to get heads nodding and tongues wagging. Perhaps the top cop will now tweet and holler that one must face contempt of court?

Or will Rosmah and Najib be advised to sue Tun and all the people who support Tun’s concerns.

The buck must stop here. We need to think of the nation and not politics. To save the nation first supersedes any political agendas to keep a political party alive or to seize the moment to rise to power.

Tun must harness all right-minded leaders from all sides of the divide; he must galvanise all honourable and ethically anchored institutions and civil society to cleanse this nation of rot, greed, corruption and abuses.

Our priority is not to save Umno or strengthen BN or to pave the way for DAP,PKR and PAS to be the alternative government.
Right now, the fact that Umno-BN has failed to check and balance its chosen leader, all of us must rise to bridge and correct the serious mistakes.

It is about cleansing this nation of all the scandals and suspicions as well as bringing justice to reign supreme.
The war on terror in Malaysia is not our immediate concern. The real scoundrels and robber-barons are the enemies we must fight with all our collaborative and patriotic will.

The race card and religious divisiveness are mere distractions. The cancer must be exterminated with one single motivation and that is to save this nation from greed, power-madness, extravagance, and the many scandals ringing the PM and his spouse.

If we fail then all of us including even our esteemed Rulers have to take blame for our inability to save this nation from so much shame and distress brought upon by the present government and its leaders.

All the money in the world – including even if 1MDB brought back the mysterious RM42 billion – cannot save our ‘maruah bangsa and Negara’. - J.D. Lovrenciear,FMT 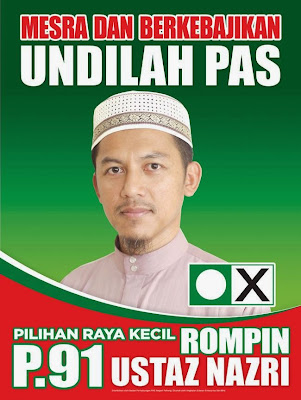 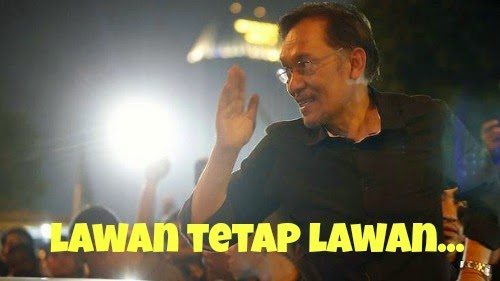