According to PKR strategy director Rafizi Ramli (left), a whopping 72 percent of households currently own cars and are paying almost double the actual value of the vehicle due to excise duties.

Rafizi said this was an easy and viable strategy to increase disposable income, which is among Prime Minister Najib Abdul Razak's main goals.

"Between raising household incomes and reducing outlays (on cars) which improves a household's disposable income, any economist will tell you its easier to reduce outlays," he told a press conference at the PKR headquarters in Petaling Jaya this morning.

The matter, Rafizi said, had been discussed at the highest level of PKR and Pakatan Rakyat and the details would be officially announced by the top leadership in due time.

Citing the recently published 'Household Income and Basic Amenities Survey Report 2009', Rafizi said the move would greatly alleviate the people's financial burden as the report states 72 percent of households own a car.

Furthermore, he said, the debt due to car loans had spiked by RM16 billion or 14 percent within 18 months, up from RM118 billion in November 2010 due to the government's existing National Automotive Policy which was officially launched in 2006.

"The automotive policy by Umno and BN has caused car prices to skyrocket, causing debt that has to be borne by the people," he said.

At present, Rafizi explained, the cheapest tax imposed on vehicles such as the Perodua Kancil is 70 percent, of which 60 percent is excise tax and another 10 percent, sales tax.

The sum increases to 100 percent if the car is imported as it will incur an additional 30 percent import tax.

Pre-empting allegations of Pakatan populism, Rafizi said the main purpose of the move was to prevent people from having to take up loans to finance the government’s hefty taxes.

"Collecting taxes from car prices is not sustainable as car loans will balloon and the household debt as a percentage of gross domestic product will balloon as well.

Rafizi said Pakatan projects that the federal government to lose about RM8 billion annually without excise duties - and this shortfall could be addressed by other means.

"If there is a fiscal gap, we can use other mechanisms (to retrieve taxes). You should not penalise people by collecting taxes through necessities such as a car," he said.

He added that PKR would push with its new manifesto, just as it did with the with the campaign to abolish the PTPTN student loans to add political pressure, since the government was in the midst of reviewing the National Automotive Policy.

Rafizi also took a swipe at Umno Youth chief Khairy Jamaluddin, who debated the PTPTN issue with him, saying that Khairy was in some way responsible for the artificially high car prices under the National Automotive Policy.

"When the National Automotive Policy was being drafted, Ethos Consultancy, which has its origin with Khairy was consulted. Even though he eventually left, either way, he was instrumental in drafting the policy during former prime minister Abdullah Ahmad Badawi's time.

"So, Khairy has a lot to answer as well.... He should share insight into what was the consideration in 2005 (when the policy was drafted) that caused the government to introduce such high excise duties that are more regressive on the people," Rafizi said.

He explained that in 2005, when Malaysia signed the Asean Free Trade Agreement (AFTA), the country was required to reduce its import taxes. As a result, then premier Abdullah's team decided to introduce a high excise tax across the board as replacement.

"So, before they get another hand to create the kind of mess they created seven years ago, let's hear from Khairy and Ethos Consultancy," he said.

Rafizi added that the party welcomes feedback from the people and would begin its roadshow on this matter on Aug 5.- malaysiakini

While acknowledging that PKR's promise to make cars affordable will benefit millions of rakyat, Pemuda Umno chief Khairy Jamaluddin believes such a policy may spell the doom of national car maker Proton and deprive the government of lucrative income.

"If we abolish import and excise duties (on imported cars), it may impact negatively on Proton," Khairy told reporters at a press conference in Bangsar tonight.

He argued that Proton has people working for it as well as its vendors and distributors, which number in the tens of thousands.

"It is not that we want to protect Proton forever, but such sweet promises... without proper planning may spell economic catastrophe."

Khairy also argued that apart from bringing harm to Proton, the opposition's cheap car promise will also deprieve federal government coffers of about RM4.6 billion in revenue annually from the scrapping of import and excise tax on foreign cars, something which he said Pakatan has yet to explain how the country is going to absorb.

The Rembau MP opined that the cheaper car promises cannot be taken in isolation but had to be taken in the context of many other promises such as abolishment of tolls and others "sweet promises" in the Pakatan manifesto.

He argued they have not explained how all these is going to be financed.

Earlier today, Pakatan leaders announced their policy of abolishing import and excise tax on imported cars to make it affordable to the rakyat.

PKR strategic director Rafizi Ramli also directly accused Khairy of being responsible for the rise of car prices via his involvement in the formulation of the National Automative Policy during former premier Abdullah Badawi's tenure.

"That's not true, I see that his statement is way off the mark," countered Khairy when asked about the accusation. 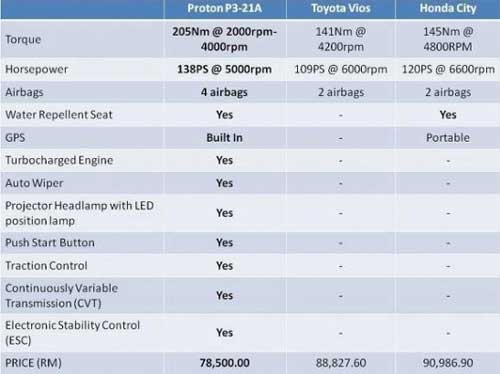