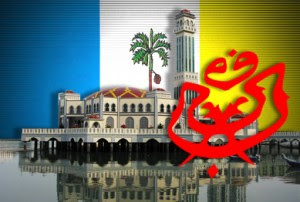 A few days ago Umno people in Penang celebrated a ‘victory’ of sorts. The ‘victory’ I refer to is the royal command to stop the elections of mosque officials. A ‘victory’ which I’m afraid will be a ‘pyrrhic victory’ and achieved at the cost of staggering losses. It is ironic that Umno has to turn to the very symbol representing the institution which it wanted to downsize in the 1980s. Our Agong has now been dragged into the murky and directionless politics of Umno.

Why do Umno people worry if elections are held for choosing mosque officials? The answer is that Umno would be routed out. Positions as mosque office bearers represent the last bastion of power that Umno people have to gain direct access to people.

If free elections are held, all those positions held by Umno and which they are now precariously clinging on to will be lost. People will find out that Umno mosque committee members are just seat warmers. They occupy positions but do no activities.

To drag the Agong into such a mundane affair as choosing mosque committee members which can be easily handled by ordinary citizens will expose the office of the Agong into disrepute.
The Agong will be seen as a willing accomplice in the furtherance of a desperate act by Umno people.

We all know that when Umno dominate the committees, the mosques and suraus are practically dead and deserted. You (Umno representatives) would rather spend time at organising borias, karaokes and futsals. Your assemblymen never carry put activities there. You were not interested to do tazkirah, mussabaqah, berzanji, nasyids and all that were you?

What could Umno people lose more terribly? They have lost Penang and no other losses can be worse than that? Penang Umno has lost whatever credibility it has. With this latest incident, it will be seen as an organization that wants victory by resorting to abundantly clear underhanded tactics.

It is now using the office of our Agong in furtherance of some parochial objectives. The objective is to save what could be the last avenue with which Umno people can reach conservative Malays to prevent them from becoming converts to the pragmatic management of the state by Lim Guan Eng.

In Penang, 4,485 people have offered themselves to fill the 4,530 vacancies in 151 of 200 mosques in six districts in the state to enhance the preservation of the mosque institution. Desperate Umno people are fighting for their last turf. But what they are actually doing now is just delaying the inevitable. 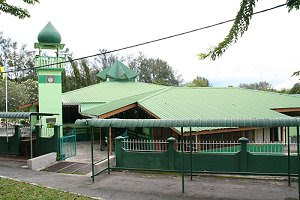 It doesn’t take any serious effort to know that Umno people are behind the petitions. It’s the last means whereby Umno can undermine the legitimacy of an elected state government that’s opposed to it.

The Agong should not allow his August office to be drawn into the infighting and acts of subversion conducted on the ground by discredited elements. This is the last means actually to undermine the Penang government.

There must be reason why the government in Penang has agreed to the election process.
The basic reason is obvious – to remove absentee office bearers who don’t really go to mosques and suraus but who want to gallivant around with the title of pengerusi surau X and pengerusi masjid Y.

So we come to the jackpot question – will the BN government hold elections this year? No, they won’t. If they don’t have the courage even to allow elections of mosque office bearers, they will never have the nerves to conduct general election.

The move by the Penang state to have mosque and surau officials elected instead of discretionary appointments is a revolutionary idea. It will help ensure only those who are committed to ‘mengemarakkan dan memakmurkan masjid dan surau’ will be elected. Those who are not interested will not be attending mosque and suraus anyway. Umno should support the election of mosque committees because that will help ensure the removal of laggards and layabouts.

Getting positions by being given them is part of the bigger rent seeking culture that Umno has inculcated into Malays in general. Let’s do some correction here and have elections of mosque officials. The elected officials do not compete with elected assemblymen anyway.
What could Umno possibly lose that it has not lost already? Afterall it is most unlikely that it will ever win back Penang.

Fact is it can only win Penang back if the entire Umno leadership resigns and make way for new set of leadership. Since this is not going to happen the next target is the mosques and surau. 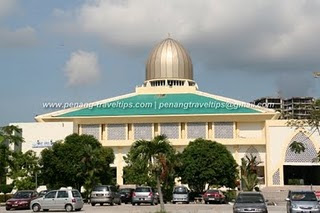 Umno has to dominate the mosque and surau committes to stay relevant and close to the people. But it has to do it in a dishonest way. By dragging in the institution of the Agong. Why have mosques and suraus suddenly attracted Umno’s attention? If they have done their job very well, they wouldn’t be scared about going through a process of elections?

Doesn’t Umno sleep and breathe elections or some internal competition of all sorts? They like political programs and cleansing. The more the merrier. Umno operatives are already hanging around hotel lobbies and malls talking about ways to unseat the current Prime Minister.They have assemblymen and MPs who scheming plots and conspiracy to overthrow these people.

Umno’s protests and refusal to submit before an election process to choose mosque committees are farcical. If they have been doing their job at managing mosques and suraus, they wouldn’t fear being assessed by god-fearing peers, would they? They simply haven’t done so. They have been sitting of their buttocks and now the chickens are coming home to roost.

The old way of doing it, either by very submissive and pliant Umno shura way or by way of unquestioned direct appointments has placed laggards and cling-ons in the committees.

As a result, the mosques rather than being centres of excellence in religious learning and education have become places where old people, conscious of their mortality gather. Or they have become another avenue for Umno people to carry out their politics. The aim now is to see how to fleece the government using some hare-brained ideas.- Mohd Ariff Sabri