People are really getting bored with Sodomy II... 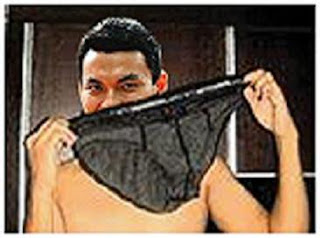 The sex trial of opposition leader Anwar Ibrahim has become a bore-fest for a worn-out audience, despite having all the makings of a highly charged scandal, full of sordid details of illicit dalliances, accusations of lies and conspiracies.

When Anwar, 63, was initially charged with sodomizing his 25-year-old male aide in 2008, local and international media were clamouring to get the details as an eager public soaked in what one paper called the scandal of the decade. What heightened the interest was that it wasn't the first time fingers were being pointed at Anwar, a married father of six and now a grandfather to two.

In 1998, Anwar was sacked as deputy prime minister and subsequently found guilty of sodomising his former driver and using his position to cover it up. Even if consensual this sexual act is illegal in Malaysia. He was jailed, but released six years later after a higher court overturned his conviction.

Ten years on and having become the leader of a strong opposition movement, Anwar now finds himself facing a similar accusation. He has maintained his innocence in both cases, and insists he is a victim of a political conspiracy. The government has denied any involvement. But that's where the similarities end.

While the highly publicised hearings in 1998 were filled with sordid, sometimes embarassing details and one memorable day when the mattress on which the incident allegedly occurred was hauled into court, the recent case has long worn out the public.

'I skip articles on sodomy trial'

One major reason is the almost unending deferrals and trial postponements that have plagued the hearing since it began in February last year.

"The trial has gone on for too long, with too many technical delays that it has turned stale," said software engineer Nanthini Retnam.

"I make it a point to skip articles on the trial and the entire scandal when I'm reading the news."

And despite the government's continuous denial of any hand in the charges, public opinion has unavoidably veered towards a conspiracy, prompting a backlash against what many see as "gutter politics".

"This isn't so much a normal trial, than a political drama," said school teacher Noorhayati Ahmad, 31.

One political analyst said the public view of Anwar's case has shifted from interest to disgust at the "degeneration of politics" from being based on ideology and important problems to sexual issues and controversies.

"I think in one sense, the case has been so long-drawn that it's become overkill," said Denison Jayasooria, a political observer and expert of social studies at Universiti Kebangsaan Malaysia.

"People believe this whole thing has been orchestrated, and they will not want to have any part in it. It's sad that certain leaders are still unable to move away from such gutter politics." 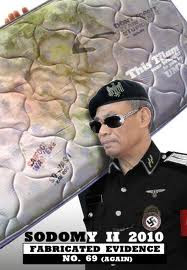 Kit Siang: No effect on Pakatan

If Anwar is found guilty he stands to be jailed for 20 years and barred from politics for at least five years. While a conviction would surely hit the opposition, observers say Anwar's role as position head is fast becoming dispensable with the emergence of other leaders, thus further explaining the dwindling of interest.

Anwar's alliance, consists of his PKR party,PAS and the DAP, made major gains in the 2008 general election, capturing five states and denying the ruling BN a two-thirds majority in Parliament. His partners have been quick to downplay the trial's importance in their struggle to take power in the next general election, which must be called by 2013 but may take place as early as this year.

"This fresh round of allegations will have no effect on the opposition and what we are focused on accomplishing - that is bringing change to this nation," said DAP veteran Lim Kit Siang.

Anwar has taken great pains to draw attention away from the trial and to what he calls "crippling issues" affecting the nation such as rising unemployment and rampant corruption, and the general public has largely made up its mind about his criminal case.

"I wouldn't be surprised if he actually did it, but it's gone on for so long, I don't really care anymore," said James Tan, head of an advertising agency in Kuala Lumpur.

"And anyway, there's just so much sex a person can take in the news."

Heya exceptional blog! Does running a blog such as this require a massive amount
work? I have virtually no knowledge of programming however I had been hoping to start my own blog soon.
Anyway, if you have any recommendations or tips for new blog owners please share.
I know this is off subject but I just wanted to ask.
Many thanks!

Hey just wanted to give you a quick heads up.
The text in your content seem to be running off the screen in
Firefox. I'm not sure if this is a format issue or something to do with internet browser compatibility but I figured I'd post to let you
know. The layout look great though! Hope you get the problem resolved soon.
Kudos

Greetings! I just discovered your web site: Blogger:
tumpang sekole...? when I was browsing delicious.

com. It looks as though someone loved your site
so much they decided to bookmark it. I'll positively be returning here more often.

I really like your blog.. very nice colors & theme.

Did you design this website yourself or did you hire someone to do it for you?
Plz answer back as I'm looking to design my own blog and would like to find out where u got this from. thank you

I love what you guys tend to be up too. This type of clever work and reporting!
Keep up the amazing works guys I've you guys to blogroll.

My spouse and I stumbled over here by a different web page and
thought I should check things out. I like what I see so now i'm following you. Look forward to checking out your web page yet again.

Check out my web blog: folija

Howdy just stumbled upon your website from Bing after I entered in, "Blogger: tumpang sekole...?" or
perhaps something similar (can't quite remember exactly). Anyways, I'm
glad I found it simply because your content is exactly what I'm searching for (writing a college paper) and I hope you don't mind if
I collect some material from here and I will of
course credit you as the reference. Thanks for your time.

This design is wicked! You obviously know how to keep a reader amused.

Between your wit and your videos, I was almost moved to start my own blog (well,
almost...HaHa!) Wonderful job. I really loved what you had to say, and more than that, how you
presented it. Too cool!

Hey there. I'm sorry to trouble you but I ran across your blog website and discovered you happen to be using the exact same template as me. The only problem is on my site, I'm
battling to get the style and design looking like yours.
Would you mind emailing me at: chloe.reinhart@vegemail.
com so I can get this figured out. By the way I've bookmarked your website: http://www.blogger.com/comment.g?blogID=1624275106440922314&postID=39162021931319524 and will be visiting frequently. Thanks alot :)!

Hello, I think your blog might be having browser compatibility issues.

When I look at your blog site in Chrome, it looks fine but when opening
in Internet Explorer, it has some overlapping.
I just wanted to give you a quick heads up! Other
then that, terrific blog!