Simultaneous polls for Kerdau and Merlimau on March 6.... 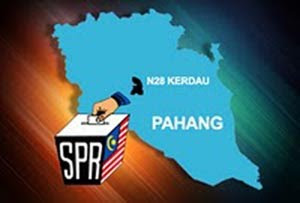 EC chairman Abdul Aziz Mohd Yusof announced tonight that the nomination day for both by-elections has been set for Feb 26.

The Kerdau seat became vacant following the death of its assemblyperson Zaharuddin Abu Kassim, 63, of a heart attack last Saturday.

In the 2008 general election, Zaharuddin from BN defeated PAS candidate Hassanuddin Salim by a majority of 1,615 votes. 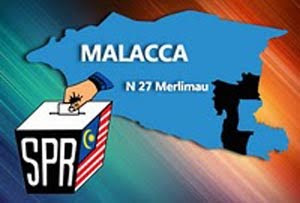 Meanwhile, the Merlimau seat became vacant after its assemblyperson Mohamad Hidhir Abu Hassan, 54, from BN died on Jan 20 after a heart attack.