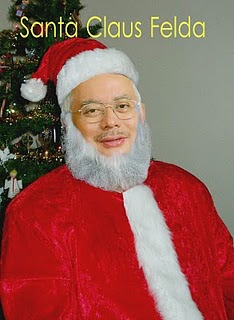 BN has brought out its biggest gun early in the fight for the Kerdau state seat, with none other than its head spending all of yesterday wooing voters in crucial vote-banks.Najib Abdul Razak visited all three Felda settlements, announcing the allocation of nearly RM10 million in goodies, and even spending the later part of the day to meet-and-greet non-Malay voters in the mixed area of Kerdau town.

While it is not uncommon for Najib, also the premier, to make his rounds during a by-election, his timing and the manner in which his visit was organised are odd. It certainly is not normal for BN's top leader to come out as early as the first full day of campaigning after nomination day, as political parties tend to build up the momentum gradually to avoid over-exposure and fatigue on both their election machinery and among voters.

What raised eyebrows was the glaring absence of posters bearing the likeness of BN candidate Syed Ibrahim Syed Ahmad around the constituency, while Najib's picture was plastered all over the venues of his events. Syed Ibrahim himself only accompanied Najib to his first Felda stop, before continuing with his schedule for the day without the much-needed publicity - which obviously was concentrated on the nation's top politician.

With such zeal from Najib in reaching out to Felda settlers so early in the race, it naturally raised the question - was he campaigning for BN's victory, or simply looking out for his own interests? This requires a brief look at Najib's links to both Felda and Kerdau, directly or otherwise.

Najib's pedigree is rooted in Pahang aristocracy, His father, Abdul Razak Hussein, was the second prime minister, as well as Pekan MP. Crucially, he founded Felda, built on the vision of helping the Malays acquire and develop land towards financial independence. Najib followed in his father's footsteps, winning the Pekan parliamentary seat and also heading Felda for seven years before moving on to bigger things. The two responsibilities thrust on Najib early in his political career are definitive indicators of his strength as the nation's sixth premier - if his influence in either one wanes, even by a bit, it could
well mean the beginning of the end of his premiership. 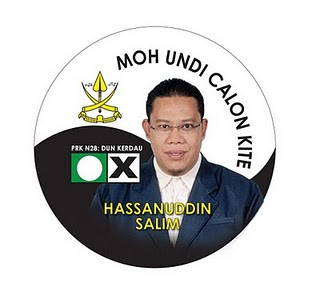 Unlike BN's early charge, PAS, which is fielding career quantity surveyor Hassanuddin Salim, has taken a more reserved approach to the by-election, the 16th since the March 2008 polls. It would appear as though the Islamist party's campaign machinery is off to a sluggish start, not helped by the fact that it is keeping its campaign strategy very close to its chest. But its first ceramah (political talk), held after nominations were filed on Saturday, may give the biggest hint to what it intends to do over the next week before polling on March 6.

That night, some 500 people witnessed the state-level launch of Pakatan Rakyat's Buku Jingga, (Orange Book) which outlines the coalition's 100-day economic reform plan should it take over the federal government. It must be noted that none of the speakers touched on Felda issues, save for PAS vice-president Tuan Ibrahim Tuan Man who made a brief mention of land ownership.

By keeping the focus on the Orange Book, the opposition has practically thrust the document in the face of its opponents, and has possibly obscured part of PAS' movements over the course of the campaign. It is dead obvious that both Umno and PAS are gunning for Felda settlers, who for a long time have significantly contributed to some 8,000 votes in Kerdau.

By giving prominence to the Orange Book, Pakatan could help hide key issues long enough for PAS to gain the initiative, leaving BN on the back foot and with the unsavoury task of countering potentially explosive allegations. And with PAS deputy president Nasharudin Mat Isa and charismatic speaker Muhamad Sabu taking to the Felda campaign circuit last night, the clandestine assault could have already started without the BN even knowing it.- Joseph Sipalan