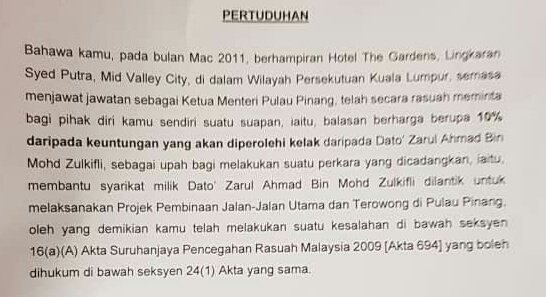 Pertuduhan yang dimaksudkan, untuk hiburan bersama. Duit pun tak bayaq lagi, untung celah bedah mana depa nak cari paper trail pun tak tau lah. This is gonna be quite amusing. LGE isnt that stupid to ask for bribe from an UMNO contractor. Zarul claimed Guan Eng asked for 10% kickback but not abt him receiving bribes. Zarul claimed he bribed so many other people -- his credibility might be shot if the rest deny. He also gave RM500k to Nazri Aziz, RM200k to Ismail Sabri, RM100k to Halimah Sadique, RM100k to Nur Jazlan, RM50k to Zahid Hamidi, RM50k to Zainal Abidin Rahim and RM500k to Rahman Dahlan. FMT said the said document below is real but leaked.. 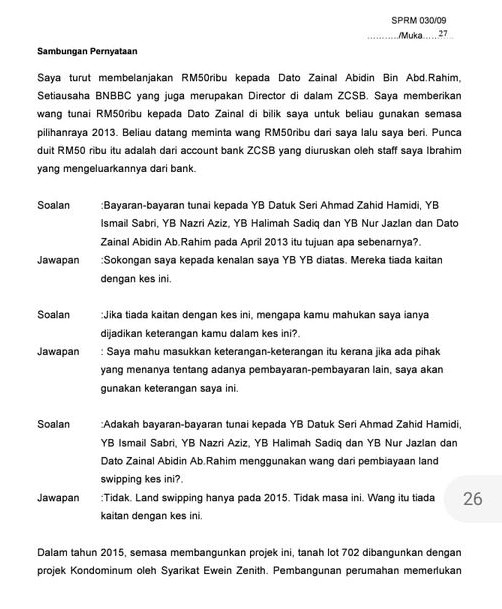 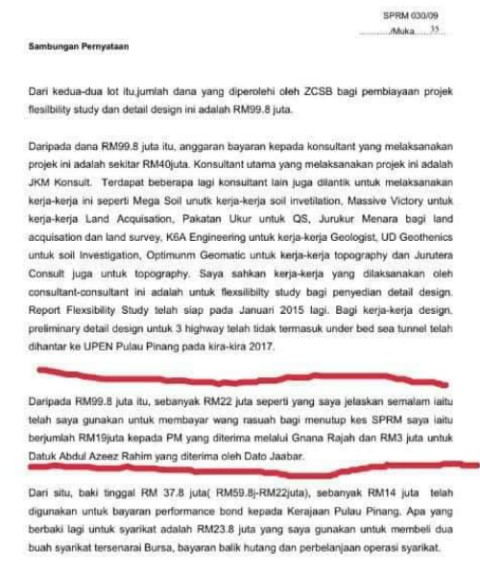 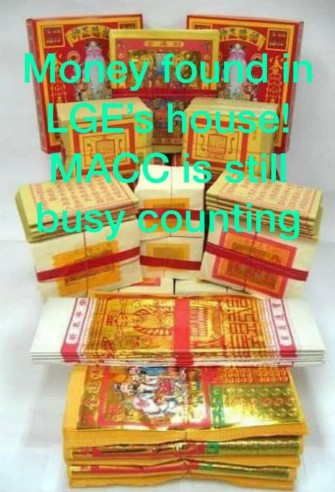 Najib's donor was supposedly the deceased King Abdulalh of Saudi.
Lim Guan Eng's donor is confirmed to be King Hades of Hell.


Lim Guan Eng Charged Based On Hearsay – A Distraction To Satisfy Angry Pro-UMNO And Pro-PAS Supporters...

Get real. If backdoor Prime Minister Muhyiddin Yassin wanted to, he could save the pathetic life of Najib Razak, the former prime minister who was the same man who had sacked him in 2015. But why should he? Allowing the judge to “do his job” – delivering a guilty verdict – would mean Najib cannot participate in the next snap general election. Now, Najib is out of the race.

With Najib out of the race, Muhyiddin has eliminated his biggest rival, at least until the crook could convince the Court of Appeal to reverse the High Court’s verdict. If Najib fails, he can go to the Federal Court, the highest court and the final appellate court in the country, to tell the judges about his sobbing story. It would take up to a year for the appeals, if Najib is lucky.

But the idea of sending Najib to prison comes with a price. UMNO and PAS supporters were not very happy that the prime minister “did not rescue” their beloved Najib. To prove that he was neutral, Muhyiddin has to balance his act. And the only way to satisfy supporters of his “Malay-only” Perikatan Nasional government is to dramatically send a Chinese opposition leader to prison.

Sending Lim Guan Eng, secretary-general of DAP (Democratic Action Party – the biggest party with 42 MPs), to prison will boost Muhyiddin’s popularity among the UMNO-Malay and PAS-Muslim voters. They would feel happy and satisfy with the perception that the chief of Chinese-DAP party who played a role in defeating UMNO in the 2018 General Election is going to jail.

If Najib Razak is to go to prison, Lim Guan Eng must also go to jail. Only then it would be fair and the DAP haters can accept Muhyiddin as their leader. As expected, when Mr. Lim was finally charged today (August 7) for corruption in connection with the RM6.3 billion Penang undersea tunnel project, pro-UMNO and pro-PAS supporters celebrate as if the country had won the FIFA World Cup.

There were two scandals that DAP haters have always linked to Lim Guan Eng – the so-called bungalow scandal and the Penang tunnel scandal. When the former Penang Chief Minister was arrested in June 2016 over the bungalow scandal, the previous Najib regime had tried very hard to frame the popular DAP leader, but to no avail. 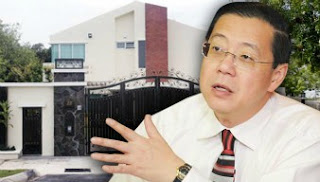 For 2 years until the May 2018 General Election, the corrupt regime of Barisan Nasional failed to prove anything against Lim. Eventually, after the regime’s defeat, the corruption case against Lim Guan Eng was dropped on Sept 8, 2018 after the Penang High Court acquitted Mr. Lim. Businesswoman Phang Li Koon, who sold the bungalow to Mr Lim, was also acquitted.

Of course, who can forget when the anti-graft agency MACC (Malaysian Anti-Corruption Commission) said it was shocked by the decision of the Attorney-General’s Chambers to withdraw the case, claiming that the decision was made by the Attorney General Tommy Thomas office and not the MACC. Then-PM Mahathir joined the bandwagon and mocked the MACC.

Expressing his shock, probably made with tongue-in-cheek, Mahathir said – “They (MACC) have a right to be shocked. If they want to be shocked, they can be shocked. I am also shocked. If the court makes a decision which to me is wrong, I also never comment on it.” Amazingly, the MACC was not shocked at all when the infamous Cowgate scandal was dropped in the same manner in 2015.

If you wish to argue, we had already published an article 4 years ago about the difference between Khir Toyo and Lim Guan Eng’s bungalow scandal, which you can read it here. What is interesting is the RM6.3 billion Penang tunnel project being used by the Muhyiddin regime to charge the DAP leader. On the surface, the scandal appears to be as huge as Najib’s 1MDB scandal.

But there seem to be too many loopholes and ambiguities with the MACC’s latest attempt to charge Lim. For a start, it doesn’t make sense that there is only “one charge” against Lim despite the value of the project (RM6.3 billion), when Najib was slapped with 7 charges on July 3, 2018, over allegations of plundering only RM42 million of SRC International money.

Today, Kuala Lumpur Sessions Court Judge Azura Alwi read out the charges – “That you, on March 2011, at a location near The Gardens Hotel, Syed Putra Circle, Mid Valley City, in the Federal Territory of Kuala Lumpur, during your tenure as chief minister of Penang, have solicited a bribe, namely a reward in the form of 10 percent of the profits that will be obtained later from Zarul Ahmad Bin Mohd Zulkifli, as a fee to help the company owned by Zarul Ahmad to be appointed to carry out construction of the main roads and tunnels in the Penang undersea tunnel project.”

“Therefore you have committed an offence under Section 16 (a) (A) of the MACC Act 2009 which is punishable under Section 24 (1) of the same Act. Any person who commits an offence under Section 16 of the MACC Act 2009 may upon conviction be subject to – a) imprisonment for a term not exceeding 20 years and b) fined not less than five times the amount or value of the bribe which is the subject of the offence if the bribe can be assessed in the form of money or RM10,000 as the case may be.” – said the judge.

Yes, Lim was charged for soliciting a bribe, whatever that means. Amusingly, no money has changed hands. As the judge mentioned, the bribe is to be obtained later from a company owned by Zarul Ahmad. So, it’s a “future tense” – not yet happen. This is perhaps the first corruption case in the country involving something that needs a “time travel machine” to prove.

More amazingly, the bribe amount is 10% of the profits. But there was no mention of the amount of profits, not even a rough estimation. Why didn’t Lim make his life easier by asking for 10% of the Penang tunnel project (valued at RM6.3 billion) which will translate to RM630 million? Exactly how does the prosecutor plan to argue their case in the court without knowing the facts and figures?

If the company makes a loss, the bribe amount is negative and theoretically, Lim has to pay Zarul instead. Lim must be the dumbest crook in the world for asking 10% of potential profits, instead of 10% of project value or just a fix amount of bribes, say RM100 million. Perhaps the 10% is to be based on the profits of toll collections after the Penang tunnel kicks into operation.

However, a mega project like the 7.2-km Penang tunnel will take years to complete, and it could take many more years to turn profitable, if it ever happens. Lim Guan Eng may not be around to enjoy his reward. The corruption case is so ambiguous that it becomes comical. It would be more profitable and promising for Lim to solicit sexual favour instead.

The best part is the tunnel project, initiated 9 years ago in 2011, hasn’t started yet as the state government is still reviewing the feasibility study. Najib Razak, then prime minister, had even attended the project’s memorandum of understanding (MoU) signing ceremony back in April 2011. Therefore, the previous regime, with whom PM Muhyiddin is working now, was very well aware of the project from the beginning.

Unlike Najib’s 1MDB corruption case, where his luxury apartments were raided by the police, leading to the confiscation of RM117 million cash and RM1 billion worth of 12,000 pieces of jewellery, an eye-popping 567 handbags consisted of luxury handbags from 37 different designers – including Chanel, Prada, Hermes and ultra-luxury Bijan, the authorities did not even bother to raid Lim’s residence.

And unlike the MACC’s raid of UMNO Supreme Council member Abdul Azeez Abdul Rahim’s house in 2018, leading to seizure of RM500,000 in Malaysian currency and another RM400,000 in other currencies as well as 20 watches and several pieces of jewellery, the MACC probably thought it was not worthwhile to raid Lim’s house as it would not yield any treasure.
Rosmah Mansor 12000 Jewelleries VS Imelda Marcos 1220 Shoes

So, the MACC basically has zero money trails, unlike Najib’s intricate web of financial fraud that crossed continents. More importantly, Lim did not receive a penny, let alone any sexual favour from company owner Zarul Ahmad. Besides, the project was conducted based on open tender, not by direct award as practised by previous Barisan Nasional government.

Unless there’s an authenticated voice recording of Lim Guan Eng demanding for the bribe, the charge is purely based on hearsay, hence only “one charge”. It would be more productive for the MACC to investigate missing RM20 million originally allocated for “flying car” project. Obviously, PM Muhyiddin, under pressure to call for a snap election, is using the tunnel to divert attention.

Muhyiddin is also under siege as his powerful ally – UMNO – was only interested to work with his PPBM (Bersatu) party until the 15th General Election, after which UMNO plans to ditch the prime minister and grabs all its traditional Malay-majority seats. Therefore, to entertain unhappy Malay voters, he needs a bogeyman – Lim Guan Eng – as his WMD (Weapon of Mass Distraction).

The backdoor government wanted to cook up the Penang tunnel to make it looks like 1MDB scandal. Muhyiddin’s divide-and-rule strategy is to split the Chinese voters by creating a perception that Lim Guan Eng is a big corrupt crook like Najib Razak. But it could backfire and all the Chinese voters may rally behind DAP once again because the half-baked charge is simply too ridiculous. - FT 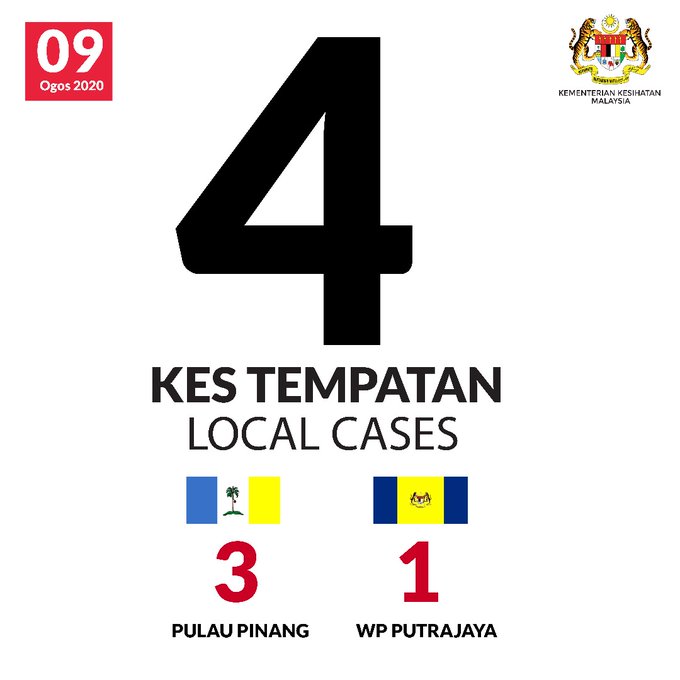 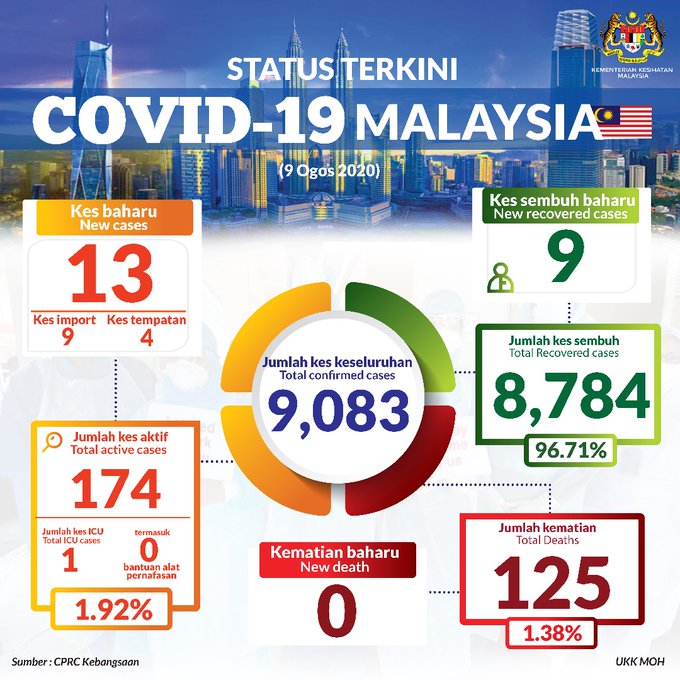