On trial is not an act of charity but theft... 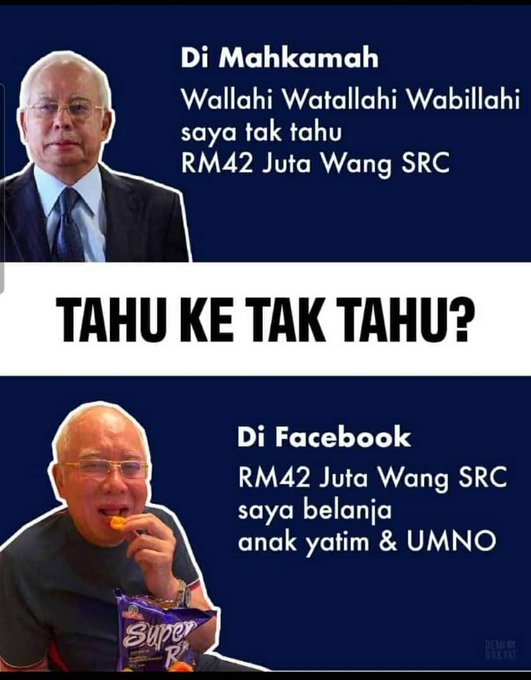 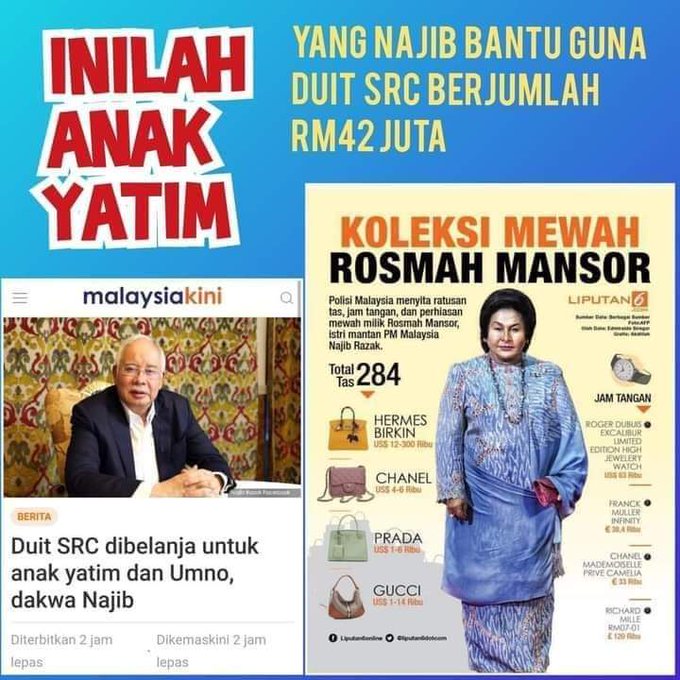 The video shows Hishammuddin sneaking a vape behind his face mask while his colleague, Transport Minister Datuk Seri Dr Wee Ka Siong, was speaking during Parliamentary proceedings.The eight-second video is believed to have been taken on Monday (Aug 3), when Dr Wee was delivering his winding-up speech.Hishammuddin, however, apologised on Twitter and promised not to vape during Parliament proceedings again.... 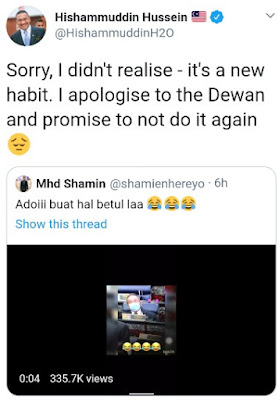 CAP wants action against Hisham for vaping in Parliament 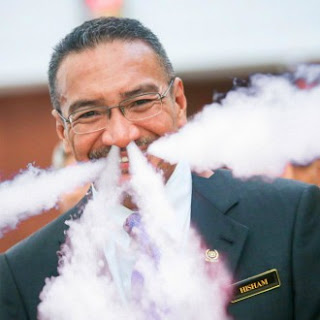 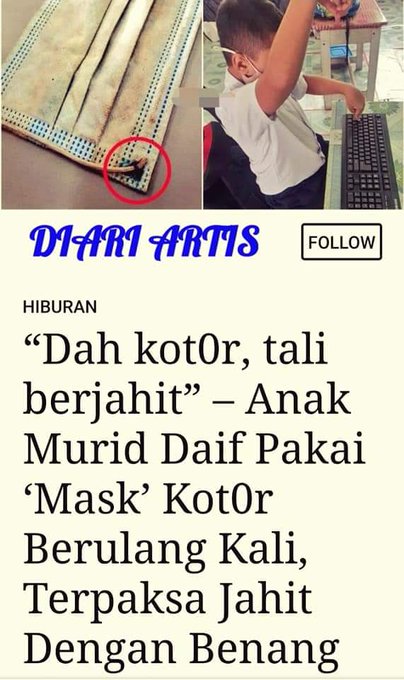 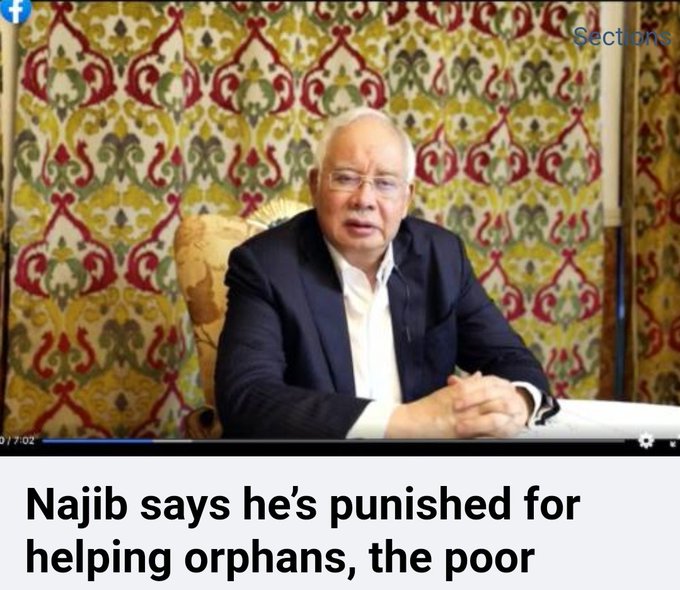 Why are we so lenient with
the convicted Najib?...

The authorities are too lenient with the convicted criminal Najib Abdul Razak. A week after his conviction, Najib made a seven-minute video to claim that the SRC International money had been used for Umno-Baru's "welfare programs" and "corporate social responsibility" (CSR) initiatives for orphans, and none had been used for himself.

Well, as he is guilty, he would say that wouldn't he? Prisons are full of people who claim to be innocent. Has he forgotten that some months ago, he denied that RM32 million had been transferred into his personal bank account. He said, "...I'm not so stupid as to put stolen money into a personal account..."

Najib is not just a common thief, who stole the rakyat's money, he is also a liar and a desperate one, who is still trying to convince his gullible supporters, that he is innocent of all the charges. He is a convicted felon and he should be sitting in jail, whilst his appeal goes through the courts. Isn't that how the legal system is supposed to work, given that we inherited the British legal system.

On the day disgraced Najib was convicted of all seven charges, for abuse of power, money laundering and Criminal Breach of Trust (CBT), a succession of Umno-Baru leaders, expressed their sympathy for the convicted criminal.

Where was their sympathy for the rakyat, which was forced to endure the drama, the slew of charges, the insults, the provocations from Najib's supporters, and the police arrests, for demanding that he was investigated and punished?

Where is the Umno-Baru leaders' remorse for playing along with Najib, despite overwhelming evidence from overseas, supplied by governments and financial institutions, that Najib was being economical with the truth about 1MDB?

In most developed countries, anyone who is charged, has to stay in prison whilst awaiting trial. In third world Malaysia, people like Najib are allowed to roam around the countryside, spreading more fake news about his innocence, and telling ignorant, gullible and simple folk, that the reason he is able to address them in person, is because the authorities have no evidence against him. Nothing could be further from the truth.

What he omitted to tell his supporters was that experts in tracing the paper trail, accountants, lawyers and others, were busy gathering evidence in the background, to present a water-tight case against him.

People knew he was in a precarious position, when Najib became creative to delay his trial and used many excuses, from eye infections, a dog biting his lawyer's hand and his lawyer's son's wedding celebration. 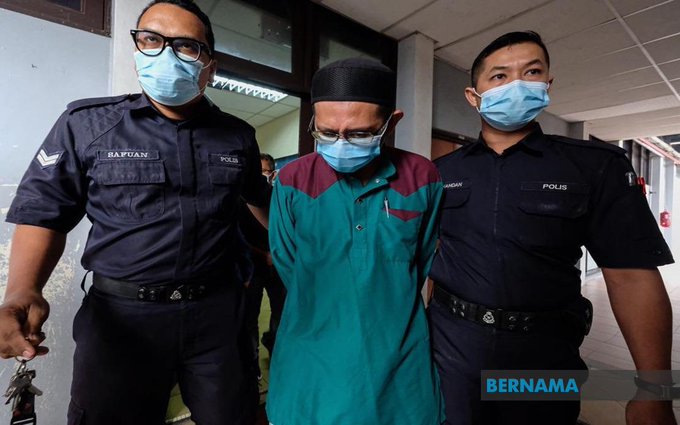 So, why are we lenient with Najib? The punishment is both swift and severe, when ordinary members of the rakyat steal food, to feed their families, in these very extraordinary circumstances created by the double whammy of the world economic downturn and the coronavirus pandemic.

Most people think that the law enforcers have been lax in their efforts to make make Najib respect the court. He was late on many occasions. He refused to sit in the dock. He wandered off to the toilets without telling anyone.

Why was he not in his orange jumpsuit and cuffed? Other politicians were subjected to this treatment, why not Najib? Why was he allowed to canvass in the by-elections and why did the Speaker interfere with the judiciary, by writing a letter demanding that Najib should finish his court case early, so he could address parliament?

Now that Najib has been convicted, why can't the authorities treat him as a convict, and stop being lenient with him? It is alleged he has outriders when he is out in public. Can the authorities not realize that he is a felon and is no longer a prime minister?

The following high profile people had to sit in jail whilst their appeals went through the courts. The Australian Cardinal George Pell, the American actor, Bill Cosby, and the American film producer, Harvey Weinstein. Corrupt former Egyptian president, Hosni Mubarak, was sent to prison and despite claiming he was ill, was dragged to court on his hospital bed, to face trial.

In China, they shoot corrupt politicians with a single bullet to the base of the skull and later bill the family. Najib should thank his lucky stars that the Malaysian authorities are a sentimental and emotional lot. Fortunately, the majority of the rakyat have more sense and are not taken in by Najib's "wayang kulit" (shadow play). Our patience is wearing thin and we have no goodwill for Najib.

Najib continues to cause more harm outside prison, by trying to create disharmony and public unrest with his wild claims that he has been unfairly treated. Why are we so lenient? Where is our discipline?

Najib should be sent to prison, whilst his appeal process goes through. There he will be able to reflect on his misdeeds. Najib sitting in his mansion, protected by police guards, whilst he works on his appeal, sends the wrong message to the rakyat. - Mariam Mokhtar

I am upset when I heard that my wife Betty Chew was arrested by Malaysian Anti-Corruption Commission even though she had nothing to do with the tunnel project or government matters. I was relieved she was released. Really concerned that she would need to spend a night in the MACC lock-up like me.

I had to change to the SPRM orange T-shirt and slept on the wooden floor in the small lock-up(no pillow no mattresses), unlike my predecessor who need not spend a single night in the lock-up. Whether this is double-standards or not, only MACC can answer.

PN going after me with baseless charges is to be expected. After all this backdoor government needs to reinforce their slim parliamentary majority. But to go for my wife, who even though a lawyer, does not enjoy a luxurious lifestyle, shows that they know how to hit you where you helplessly hurt most! - Lim Guan Eng 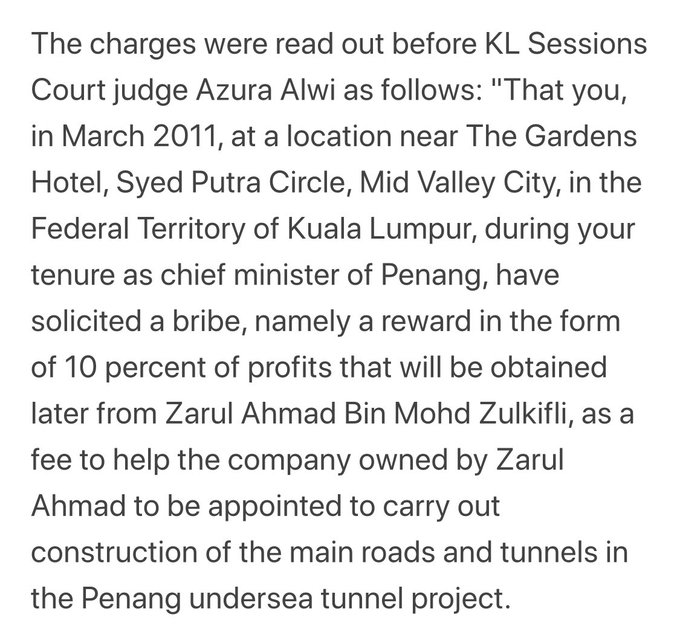 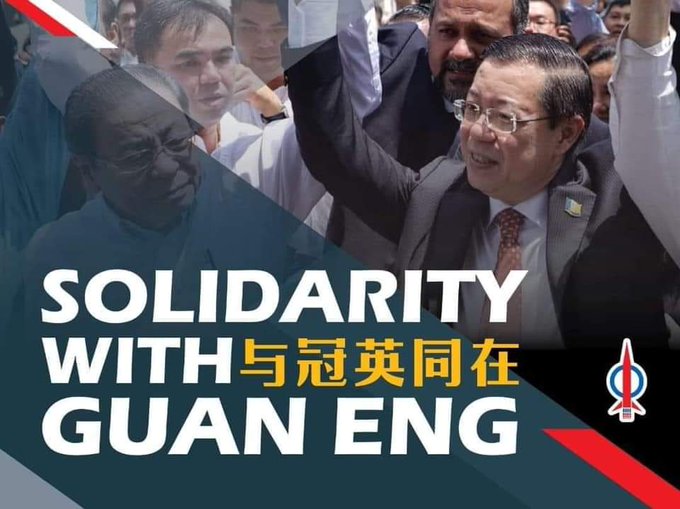 Selective persecution? The Backdoor govt had been scheming
for a long time and it wouldn't end here... 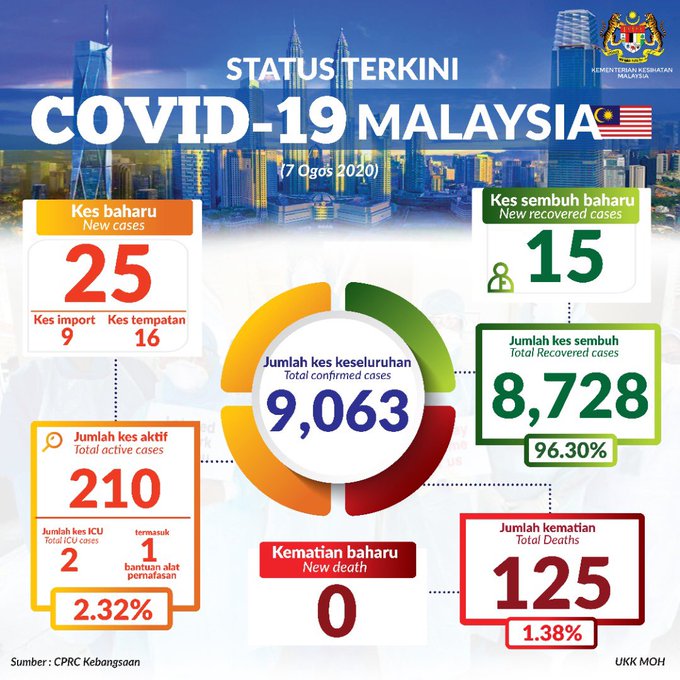