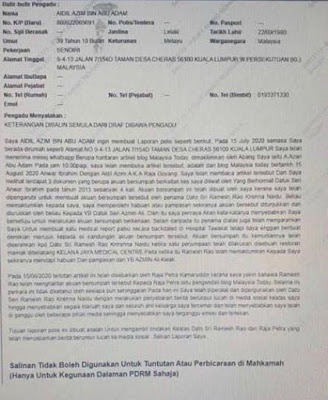 Something very interesting happened in Parliament two days ago. The Speaker of the Parliament adjourned the proceedings for about 10 minutes for no obvious reason. The social media has speculated many things. But there was a crucial vote that was taking place - the additional supply bill or something.

The Government (Perikatan Nasional) won the vote by 111 to 106 - by a mere FIVE votes. FIVE Members of Parliament were not in the Dewan. 3 of them were from Warisan in Sabah including Shafie Apdal. The other 2 were Tengku Razaleigh and Ongkili.

Even if the 3 Warisan MPs had been present and voted against the Government that would take it to 109 - still insufficient to tip the balance. N'theless why were the 3 Warisan MPs not in the Dewan? Yes they are busy campaigning for the Sabah elections but so are other MPs from Sabah - all of whom managed to be present in Parliament on that day. Keep this in mind.

So UMNO Sabah has rejected Zahid Hamidi's selection of Bung Mokhtar to lead the BN election machinery in the upcoming Sabah State Elections. UMNO Sabah says that since Bung Moktar is now in Court facing corruption charges it would be an embarrassment and suicidal for UMNO and the BN in Sabah to have Bung Mokhtar lead the election machinery. First here is the news in brief from FMT and the NST. - ostb 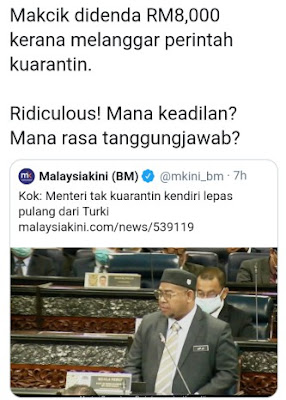 Seputeh MP Teresa Kok today claimed that a minister visited Turkey from July 3 to 7 and attended Dewan Rakyat on July 13. Kok told the Dewan Rakyat that the minister in question was in charge of plantation industries and commodities.

“We know that whoever goes overseas needs to undergo quarantine for 14 days. But this minister did not comply (with the quarantine rules),” the DAP lawmaker said. She asked if the health ministry or Parliament should take action against him.

Former deputy health minister Lee Boon Chye (PH-Gopeng), who was debating on the Temporary Measures for Reducing the Impact of Coronavirus Disease 2019 (Covid-19) Bill 2020, said action should be taken if the claim was true. “There should be no double standards,” he added.- f/bk

The DAP could hardly contain its elation when it announced on Saturday that in just one week Malaysians from all walks of life had contributed almost RM4 million to the solidary fund set up to help DAP secretary-general Lim Guan Eng (LGE) cover his bail expenses. The whopping response by ordinary Malaysians, at a time of economic hardship no less, says a lot about the mood of the public these days.

In the first place, it is a sure sign that public faith in the integrity and credibility of government institutions has hit rock bottom. Coming after the sweetheart deal involving Riza Aziz and the withdrawal of charges against former Sabah chief minister Musa Aman, the corruption charges against LGE were viewed with nothing but scepticism and contempt.

And when you add to the mix the plotting that brought down the Warisan government in Sabah and attempts now underway to challenge the legality of the royal pardon that Anwar received in 2018, it is not a difficult leap to conclude that a conspiracy is afoot to castrate the opposition and keep it from challenging an already shaky government.

If MCA and Gerakan were hoping for some political dividend from the corruption charges against LGE, they would, no doubt, be greatly disappointed. They tried to make an issue of the donation drive – by questioning why the DAP was appealing for public donations to help pay for LGE’s bail when the DAP secretary-general and his wife were more than capable of paying for it themselves – but it fell flat.

LGE is, of course, no pauper but the fund-raising exercise was never really about the money; it was a shrewd political move to harness public outrage over the charges, an invitation to the public to express with their cheque books their disdain for the government’s actions. And clearly, Malaysians rose to the occasion in splendid form, delivering a stunning RM4 million rebuke to the government.

PN parties can fulminate all they want about the DAP’s tactics but there’s no escaping the fact that UMNO, MCA or Gerakan can never dream of raising such support from the public themselves.  Many voters would rather swallow whatever coin they have than give it to PN parties.

Certainly, when UMNO stalwarts tried to raise money for former UMNO president Najib’s bail in 2018, the results were less than inspiring. Media reports indicated that about RM500,000 was raised and that too mostly from UMNO branches. Perhaps after seeing the glittering array of treasure that was taken from his home, people wisely concluded that Najib didn’t need any of their hard-earned money. No word yet on whether there were any donations from Najib’s many Saudi admirers or whether the MCA or the Gerakan themselves offered financial support to the man they were once so proud to follow.

In the end, the PN government might have done the opposition a huge favour by its clumsy attempt to sideline LGE.  All it did was to make voters angry enough with PN to rally to the DAP. As the party’s publicity secretary Tony Pua said with obvious glee, “The response [to the solidarity fund] has been incredible and exceeded all expectations… [it] has certainly reinvigorated all of us at DAP.”

The same thing happened when former prime minister Mahathir Mohamad brought trumped-up sodomy charges against Anwar Ibrahim in 1998. Malaysians, instinctively recognizing that an injustice was being perpetrated, flocked to Anwar’s banner by the hundreds of thousands. It gave birth to the reformasi movement which has had such a profound impact on Malaysian politics since. 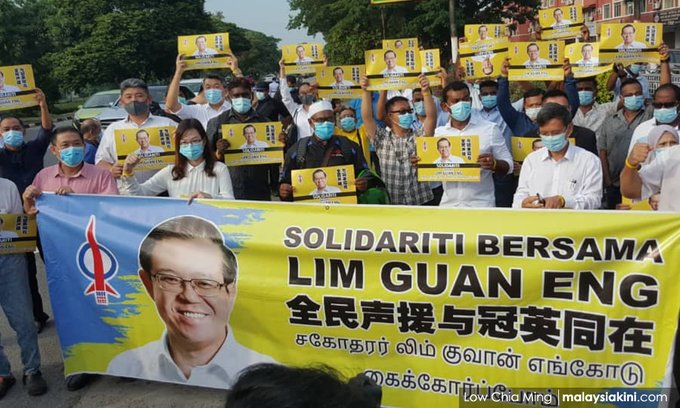 It is a reminder that in politics, perception is everything. If people perceive something is not right, they will respond appropriately. For now at least, PN may have the power but it cannot claim to have the hearts of the people.

The DAP leadership, however, should not take the support of the people for granted especially when it comes to their blinkered love affair with Mahathir. Many voters have grown weary of Mahathir’s endless race-based political intrigues and schemes. They overwhelmingly hold him accountable for the collapse of the PH government and are in no mood to give him another chance.

Mahathir’s continuing obsession with race came through again when he launched his new party last week. Instead of talking about building a united and democratic nation, which is what is desperately needed, he talked about the struggle for Malay dignity and Malay rights.

From past experience, we know that when Malay politicians talk about fighting for Malay rights, they are invariably implying that the non-Malays have become too strong, too rich, too ungrateful or too whatever. This was the same narrative that Mahathir deployed at the Malay Dignity Congress to gather support for his plans to form a Malay unity government. No one wants to see a repeat performance.

If the DAP wants to continue to enjoy the support of the people it must not fall for Mahathir’s charms again. Voters would rather the DAP (and PKR) remain in opposition and continue to fight for a more inclusive and democratic nation than be in a government led by a man they no longer trust. If the DAP is so desperate to return to power that it is willing to blindly follow Mahathir once more, it might just have to look for rich Saudi donors the next time it needs support. - Dennis Ignatius 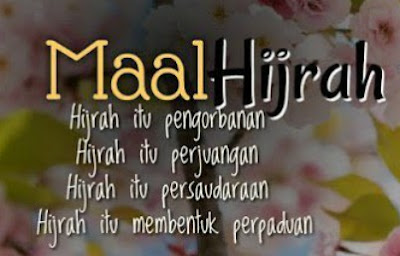 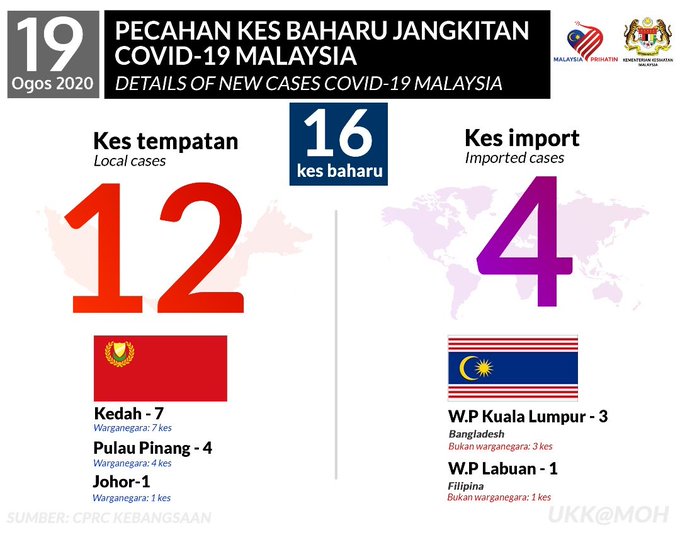 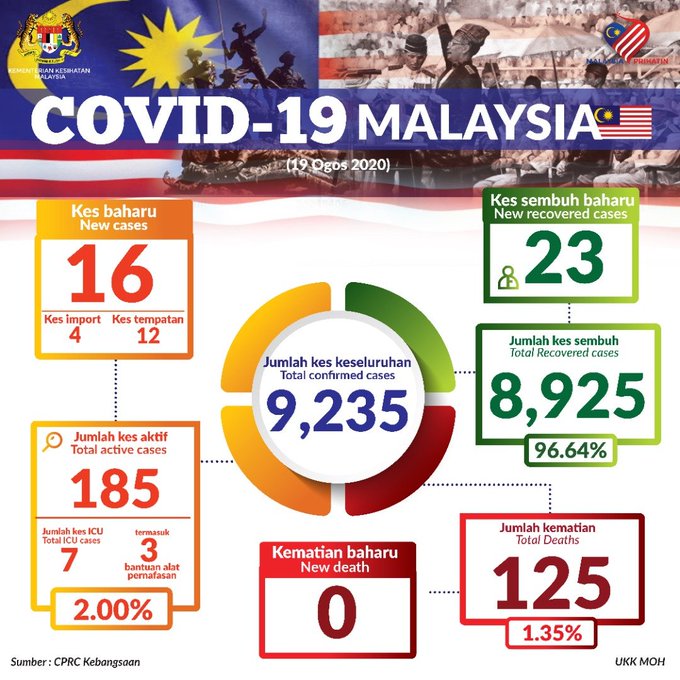