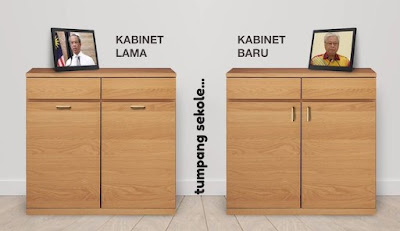 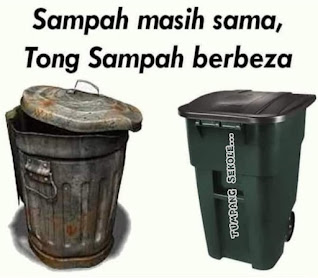 PM Ismail Sabri’s lineup of his cabinet has revealed the following:
1. Ismail’s “new” government is status quo of Muhyiddin’s PN government.
2. Azmin continues to be ranked as next to the PM, despite not been made the DPM.
3. Muhyiddin’s pull on Ismail is greater than that of the leadership of Umno.
4. Harapan’s “agreement” signed with Ismail had only served to prevent Azmin from being officially crowned as the No.2 in the Ismail government. Nothing more than that.
5. There will be no “reforms” (as understood by Harapan) in the Sabri leadership other than rhetoric.
Harapan would be well advised to review its strategy towards the Ismail regime following any possible euphoria from the signing of the above mentioned agreement. - kim quek
Tahniah Bonnie...
'Recycled' cabinet: How to deliver
in 100 days after failing for 17 months?...
Opposition leader Anwar Ibrahim has criticised what he described as a "recycled" cabinet put together by Prime Minister Ismail Sabri Yaakob. This was after Ismail Sabri today unveiled his cabinet line-up, which only saw five new ministers and four new deputy ministers. The remaining 26 ministers (excluding Ismail Sabri) and 34 deputy ministers were either kept in the same portfolio or reshuffled.
"The country is facing a raging crisis due to Covid-19 and economic hardship that is crushing the people, particularly the lower class. "But the measure taken (by Ismail Sabri) is only to recycle ministers who have failed to show that they can resolve problems effectively," he said in a video statement.
Anwar noted that Ismail Sabri had given both new and reappointed ministers and deputy ministers 100 days to deliver. However, he questioned how it would be different when the bulk of them had failed to deliver when they were in the previous cabinet led by Bersatu president Muhyiddin Yassin.
"The prime minister gave them 100 days to show their performance. "But for one-and-a-half years, they failed to show any progress that we can be proud of," he said. Anwar described the new cabinet as a "major disappointment".
The PKR president added that the "uninspiring" cabinet would not be able to win investor confidence, be it domestic or international. "The change that we had hoped for did not happen," he said. Anwar said the opposition will be vocal about the government's performance if there is still no solid and effective plan to address the Covid-19 pandemic and the people's livelihood.
Ismail Sabri, who is the Umno vice-president, was sworn in as the prime minister last Saturday after Muhyiddin lost his majority. He had been careful not to rock the boat as his majority is similar to Muhyiddin's, shortly before his ouster. The cabinet members are expected to be sworn in next Monday. - mk 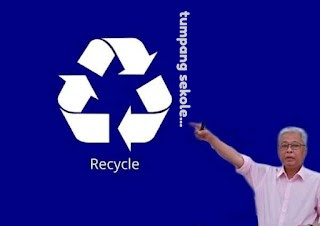 No bouquet for the new PM's new cabinet...
My first impression of the cabinet announced by the prime minister Friday morning is one which is not impressive. Well, I took longer than one–tenth of a second. In fact, I sat in front of TV for the entire duration of the announcement made by Datuk Seri Ismail Sabri Yaakob. But I admit I passed verdict even before the PM concluded naming his line-up.
Not impressive is to put it lightly. Former BN finance minister II Datuk Seri Johari Ghani terms the cabinet line-up "uninspiring", because "I was actually hoping that the prime minister would form a bipartisan cabinet to govern during this current crisis, or at least introduce some fresh young faces to inject more energy and enthusiasm." That was how FMT quoted him as saying.
I don't claim I can read minds but I think Johari calling the cabinet "uninspiring" is also putting it lightly. After all, he is from Umno, a party which is very much in government. The prime minister played it safe and obviously his decision will not be enough to satisfy public demands, or should it be desires, for meaningful changes.
His cabinet line-up is largely the same with minor reshuffle. A musical chair, as many are saying, with ministers swapping ministries. Like his predecessor, Ismail also did not name a deputy prime minister (perhaps disappointing his allies from Sarawak and Sabah who have said now is the time for a DPM from Borneo). And like Tan Sri Muhyiddin Yassin, the prime minister is also parading four senior ministers. And he has also unveiled quite a number of deputy ministers, the bulk of whom went to Perikatan Nasional. Many ministries even have two deputy ministers.
No need to be a political scientist to see that It is a cabinet for survival. Ismail picked ten from Umno (need I say, his own party) to be ministers. And with one minister each from MCA ad MIC, BN have 12 ministers. So, this is a BN-driven government? More or less. But Perikatan Nasional (i.e. Bersatu and PAS) is not very much behind with ten ministers. GPS has three. 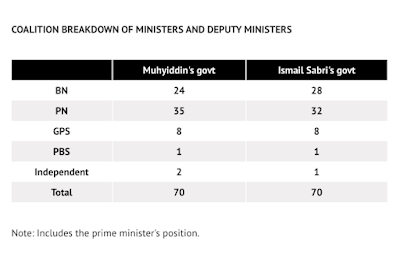 I would say it's the same look and same DNA as that of the Muhyiddin administration. And as bloated. Only one fewer than the 70 ministers and deputy ministers in Muhyiddin's Perikatan Nasional government. Like the former prime minister, the current prime minister is also in "accommodating mode". Bear in mind it was Umno which helped in forcing Muhyiddin to resign, propelling Ismail to be his successor. And it was Perikatan Nasional and GPS in particular which provided him the numbers to be PM.
As Ilham Center Chief Operating Officer Mohd Azlan Zainal sees it, the prime minister does not have much choice but to go with the same faces available to ensure stability. Ismail's focus, according to the Ilham man, is obviously on strategic ministries -- finance, health, MITI, home affairs and defense -- to continue unfinished tasks of the previous administration.
And PAS vice president Idris Ahmad replacing former mufti Datuk Zulkifli Mohamad al-Bakri as minister in charge of Islamic affairs is, according to Azlan, seen as the prime minister's effort to boost his government's Islamic image among the Muslim population which somehow did not work out well during the previous administration.
The only bright spark, as seen by many, is the appointment of Khairy Jamaluddin as health minister. Khairy is obviously the choice of many Malaysians for his "efficiency and competency" as minister in previous administrations, be it Barisan Nasional or Perikatan Nasional.
Many had also expected the prime minister to appoint Datuk Seri Azalina Othman Said as minister, especially after she quit as Dewan Rakyat Deputy Speaker a few days ago. Azalina is favored by many Malaysians for the same reason they hold Khairy in high regards. But Ismail did not do what many expected him to do. Now there's talk Azalina will be Speaker to replace Datuk Azhar Harun. But as it is, that is just speculation. 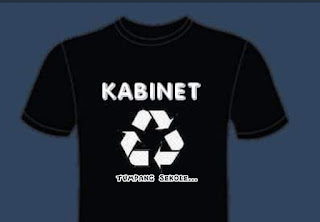 Anyway, we have now what we have. A cabinet named based on the prerogative of the prime minister. And we have many a Malaysian coming up with "gems" in airing their views on the cabinet. Take a look at social media and we have comments like: "This is not old wine in new bottle but old bottle old wine."
Then there's: "Do we expect ugly ducklings to turn into beautiful swans?" Also this: "Same old nasi lemak wrapped in fresh banana leaf." And this: "Can we expect to get mangoes from coconut trees?" This one is catching on: "Our PM is an environmentalist. It's a recycled cabinet."
According to Umno man Johari, the prime minister can expect no "honeymoon" period as he has a year or so before the next general election "to rectify multiple failures in governance by the Perikatan Nasional administration". Ismail knows this. He has told his ministers to prove their "worthy performance" within the first 100 days of their appointment. Good. The big question is, will heads roll if performance is not up to expectation? - Mohsin Abdullah
Datang sorang nurse ni tutup camera
alasan KJ dah letak jawatan...
A few days ago, a vaccination centre staff in Johor cited Khairy Jamaluddin's resignation from the government to stop a man from recording his Covid-19 vaccination - a policy Khairy had introduced. In the video incident(above), the female staff - who was off-camera - was overheard telling the man that he could not record his vaccination.
"You cannot record. KJ has already resigned. Health Ministry's procedures say that you are not allowed to record video," the officer was heard saying, referring to Khairy's moniker. A hand believed to be hers was then seen blocking the man's handphone camera before the video was cut off. Taking his complaint to Twitter, the vaccine recipient said the officer was rude when ordering him to stop his video recording.
Last month, Khairy ordered all vaccination centres to reverse their 'no photo, no video' rule following scores of claims that vaccine recipients were given blank shots. Fast forward to today, Khairy is now the health minister - with expectations that he will still be in charge of Covid-19 vaccinations. - mk 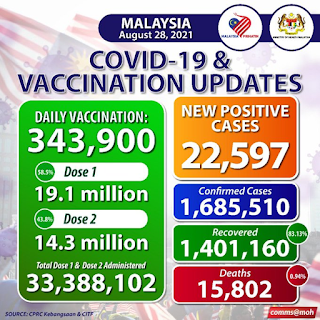