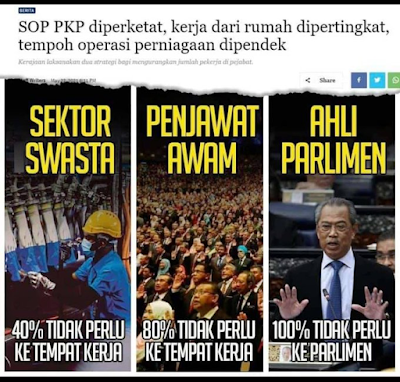 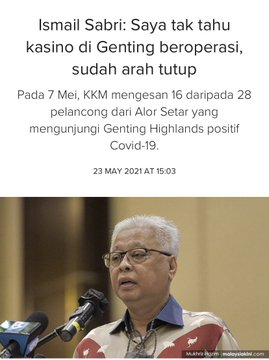 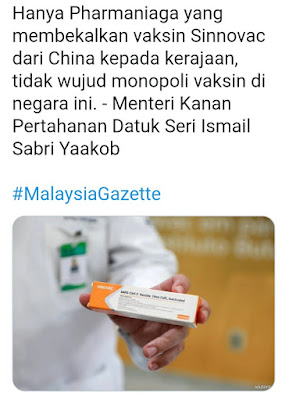 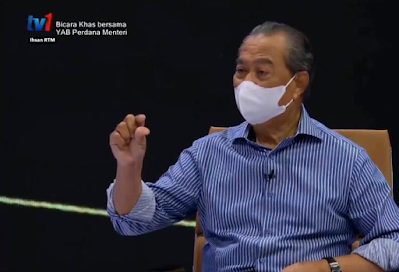 Muhyiddin explains why
MCO 1.0 cannot be done...
Prime Minister Muhyiddin Yassin today explained why the government cannot reimpose the same version of the movement control order (MCO) first implemented last year that saw most economic sectors shut down.
He acknowledged that the Health Ministry had recommended MCO 1.0 as the "best option" but said the impact would be severe.
Muhyiddin said the MCO 1.0 nearly led to economic collapse and required hundreds of billions to help the country's economy recover.
He added that a repeat of MCO 1.0 will likely cost even more to recover and the government did not have such resources.
"Personally... that would be the best option. It means a full closure. Factories would also close... stay at home. That would be guaranteed safety and it will make things easier for the government and Health Ministry to manage (the pandemic)," he told the host during an joint interview with Bernama TV and RTM.
Muhyiddin said when the government implemented MCO 1.0, it had no experience with the pandemic but the outcome on the economy was profound.
"It almost collapsed. It cost RM2.4 billion a day... There were no jobs. Mak Cik Kiah, Pak Salleh, Ah Chong, Ramasamy - anyone who sold things by the roadside couldn't open... the losses were huge," he added.
Muhyiddin said the government had to spend RM340 billion across six stimulus packages to revive the economy.The prime minister said MCO 1.0 could cost up to half a trillion ringgit.
"Do you have half a trillion ringgit? If you can give the amount to me for free then I can shut everything down.
"We can shut down but when we reopen the system would have collapsed," he added.
Ultimately, Muhyiddin said he was trying to balance life and livelihood.
"I don't want to see my people die due to me or the people being lax but I also do not want the economy to collapse until people cannot earn a living and we have to deliver food to homes."
As such, he said, the MCO 3.0 was based on the current circumstances.
"MCO 3.0 is slightly strict but not as strict (as MCO 1.0).
"Yesterday, we tighten it further but why not MCO 1.0? It can be done, but what about the impact? The people have to understand this," he said.
A nationwide MCO 3.0 took effect on May 12 and more stringent measures will take effect on May 25.
However, the revised MCO 3.0 stopped short of shutting down economic sectors. They mostly involved requiring more workers to work from home and shortening business hours. - mk
A. Manoharan believes that he was given reduced dosages of the AstraZeneca vaccine...
One of the recipients decided to film his injection and noticed something amiss upon reviewing the clip at home
"I looked at it and I saw it seems to be strange in terms of the dosage that is going in because I've seen other videos as well," said 48-year-old Anoogrehan Manoharan to Malaysiakini.
"I thought it was a little bit strange, but I wouldn't know, so I consulted some of my medical friends and a lot of them told me that it is very likely the dosage was smaller than required."
After that, he returned to the vaccine administration centre to complain about the issue.
He also claimed the person who injected the vaccine also did not write her name on his consent form, which he was informed is part of standard procedure. - mk 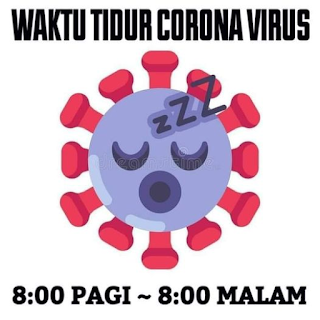 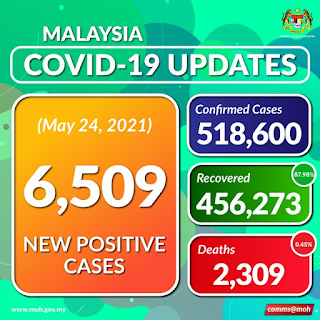