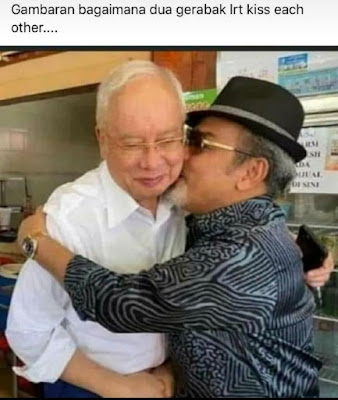 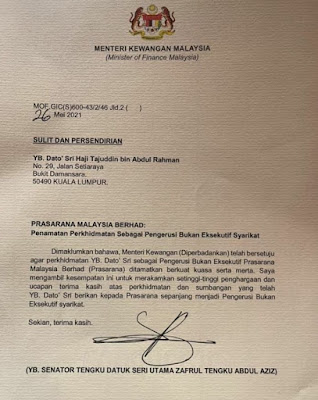 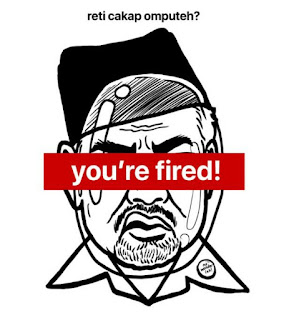 The swift sacking of Tajuddin Abdul Rahman as Chairman of Prasarana Malaysia Berhad is the government's way of pacifying the people following Monday's LRT train crash that injured more than 200 passengers.Tajuddin's insensitive, amateurish comments at yesterday's press conference had added insults to injuries for the victims and riled up the social media.
The firing was done by Finance Minister, Tengku Zafrul Abdul Aziz, via a one-paragraph letter dated today. Prasarana is under the purview of the Finance Ministry. Prasarana is under the purview of the Finance Ministry. That is to be expected because the appointments were not based so much on merits but rather to have as many MPs as possible on the government's side.- akj 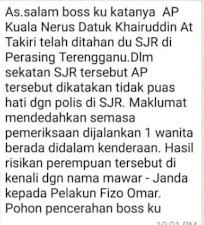 Ostad already got 2 wives...
This one girlfriend lah!!!...
Patience appears to be running thin among many Malaysians who can’t wait to be vaccinated as cases continue to soar. Vaccines minister Khairy Jamaluddin has asked for a bit more time, the vaccines will come he said. He’s promised to let them choose what vaccine they want... - MG 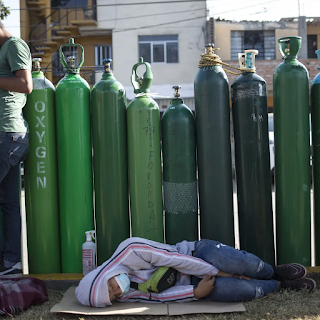 Covid oxygen shortage – Malaysia
could face another crisis like India...
Another day, another record Coronavirus cases and deaths for Malaysia, a country in the Southeast Asia that is still struggling with the pandemic since last year. Today (May 26), the country reported 7,478 new infections and 63 deaths – two records in a single day. Based on the increasing number of patients in the ICU every day – total 756 people – hundreds more could die.
The country’s Covid-19 cases are climbing so rapidly that it has already surpassed India based on daily infections per million people since Sunday (May 23). Latest statistics from Our World in Data showed that Malaysia reported on Tuesday (May 25) a jaw-dropping 205.1 cases per million people on a seven-day rolling basis, compared with India’s 150.4 cases.
Prime Minister Muhyiddin Yassin single-handedly brings the total cumulative number of infections in the country to 533,367 and the death toll to 2,432 as of today. And the worst has just begun. Still, the illegitimate government has refused to bite the bullet and impose a full lockdown, arguably the only solution so far on the table, preferring to see more deaths instead.
Coronavirus - How Malaysia Covid-19 Cases Surpassed India - Chart
Despite declaring a State of Emergency, the government has failed to contain the virus – the clearest proof that it was nothing but a gimmick to cling to power after Mr Muhyiddin lost majority support in the Parliament. Malaysia is the only country in the world that has declared an emergency as well as locking up the Parliament under the pretext of fighting Coronavirus.
To make matters worse, the vaccination program has been at a snail’s pace. As of May 24, only 1,662,273 or 5.2% of its population of 33 million received at least 1 dose of vaccine. Malaysia is perhaps the only country in the world where its people are fighting tooth and nail to secure a slot for vaccination because the clueless and incompetent government could not care less.
But there’s a bigger problem that could plague the country, if the situation continues to deteriorate. Like India, where oxygen shortages have played a major part in the deaths of thousands of people in a devastating second wave, Malaysia is among more than 30 countries in the world that could face the same Covid oxygen crisis.

Daily Covid-19 cases are climbing so rapidly...
According to the Bureau of Investigative Journalism reports, more than 30 countries, including Fiji, Vietnam, Afghanistan, Mongolia, Angola and Kyrgyzstan now need at least double as much oxygen as two months ago. Oxygen is one of the only treatments for severe Covid-19 infections. Without it, as seen in India after supplies fell short, patients can suffocate.
This month alone, 19 countries around the world – including Malaysia, Thailand, Philippines, Argentina, Colombia, Iran, Nepal, Pakistan, Costa Rica and South Africa – need more than 50,000 cubic metres of oxygen a day for Covid patients. All these countries have a common denominator – a very poor vaccination rate, less than 1 in 10 people have received a dose of Coronavirus vaccine.
Even though Malaysian Health Minister Adham Baba has recently assured that the supply of medical oxygen is sufficient, claiming there are 20,000 units of portable cylinders in storage, it is unclear whether the clueless politician knows the difference between medical oxygen and industrial oxygen. Besides, oxygen manufacturing is a low-margin business, hence storage is a problem.
Adham Baba might not realize it, but converting industrial oxygen to medical oxygen is not as easy as changing clothes. The industrial oxygen cylinders need to be completely de-gassed, after which the valve has to be removed and cleaned with a cleaning solution and completely dried and flushed with air. Then, the cylinders are cleaned with detergent – both internally and externally – and degreased with a cleaning solution.
After that, the cylinders are filled with warm water, which is to be drained out, before it is dried with air. Subsequently, the cylinders are painted as required for medical oxygen. Then only they can be filled with liquid oxygen for medical purposes. Obviously, converting a cylinder is a time-consuming process, not to mention the labours involved.
After all, Malaysian Prime Minister Muhyiddin announced as early as December last year that the government will procure enough vaccines to cover more than 80% of the population. But look at what happens today, some five months later and 4 months after the vaccinations started in February this year. Not only the progress of vaccination is slow, but there’s also a short supply of vaccines.
A patient hospitalised with Covid-19 needs between 14 and 43 cubic meters of oxygen per day for roughly two weeks – an amount so great that even hospitals in Europe struggled to cope. According to Gasworld Business Intelligence, medical oxygen makes up just 1% of global liquid oxygen production, leaving the lion’s share for industries such as mining, petrochemicals and aeronautics. 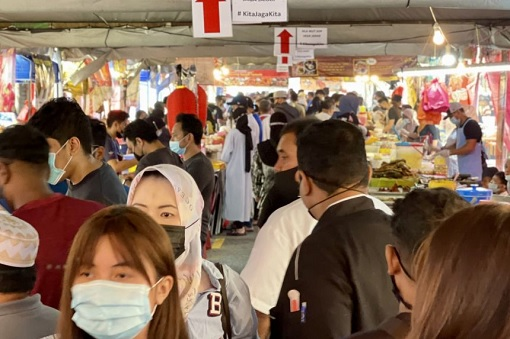 Malaysia may not face major logistic problems like India in transporting oxygen. But it is not just about how much oxygen is needed, but rather how quickly demand rises. For example, Laos’ current oxygen requirement is a modest 2,124 cubic metres per day, but this is a nearly 200-fold increase from mid-March. And Laos only recorded 56 new Covid cases yesterday (May 25).
India’s neighbours – Pakistan, Nepal, Bangladesh, Sri Lanka and Myanmar – have been depending on Indian-made oxygen and equipment. When New Delhi suddenly banned all exports of liquid and cylinder oxygen as it desperately needed the commodity, all the neighbours suffer as oxygen shortages in India saw demand jumped 14 times in May compared to March.
Coronavirus - India Covid-19 Oxygen Shortage
As the virus spread from India to its neighbours, Nepal saw the need for oxygen this month skyrockets to 100 times more than it needed in March. In Sri Lanka, the demand for oxygen has risen sevenfold since mid-March. In Pakistan, as patients continue to overwhelm the public hospitals, some private hospitals have charged more than double the prices for the supply of oxygen.
In truth, many countries have overlooked the importance of medical oxygen. Money allocated would normally be used to buy ventilators and PPE (Personal Protective Equipment), and Malaysia is no exception. It is only after a sudden spike in Coronavirus cases, translating to a demand for oxygen, that governments realize the short supply of oxygen.
It’s a fair assumption that Malaysia only knows about the shortage of oxygen last week, after Covid infections hit the roof as a result of dozens of clusters triggered by Ramadan bazaar, “balik kampung” exodus for Hari Raya Aidilfitri, and even the arrival and departure of passengers at Malaysian airports (548,000 international and 1.4 million domestic passengers in April alone).
Oxygen is not used only to treat Covid-19, but also is an essential medicine for pneumonia and sepsis, not to mention in anaesthesia and childbirth as well as to treat trauma and accident victims. Make no mistake. Data from Gasworld shows that many of the countries in need of the commodity would still suffer shortages even if all local oxygen production was diverted to hospitals. - FT
Bila MySejahtera tidak sejahtera,
sistem dijangkiti Covid 19 pulak... 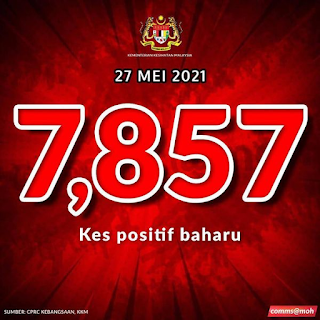