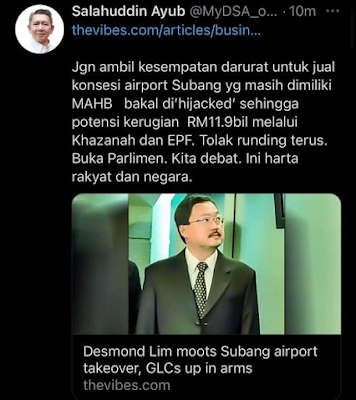 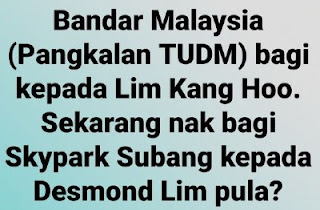 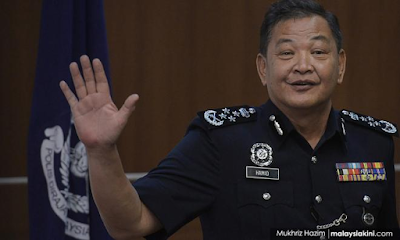 The IGP and the ‘unintelligent’ Minister...
I have a feeling that Abdul Hamid Bador would have agreed to continue for another few months as inspector-general of police (IGP) till the emergency is over in August had he been asked to. The policeman in him will compel him to do so; just as he had confided in his farewell address last Monday that “I look happy to retire but my heart is anxious for the police force”.
However, I do not think that another four months for Hamid as the IGP will make much difference or see any significant changes for PDRM (Polis DiRaja Malaysia). On the contrary, it could turn out to be disastrous for the police force if the top brass are unable to get along. Let’s face it. There is too much bad blood between Hamid and his political boss, Home Minister Hamzah Zainudin. It is now public knowledge. There is nothing to hide.
On April 30, Hamid was not even informed by the minister that a new IGP has been picked to take over from him beginning May 4. Well, Hamzah showed who’s the boss here. (So, don’t play-play with me.) Why, both men would even prefer to avoid each other. Any wonder why Hamzah did not turn up for the handing-over ceremony to the new IGP Acryl Sani Abdullah Sani last Monday.
Now, we know how childish a minister can behave for all to see. Sending a deputy to cover for him was to save Hamzah the blushes and some awkward moments in the presence of Hamid. The minister can flush his lame excuses for his absence down the toilet! Oh yes, there are some ministers who are unintelligent, as Hamid has aptly called out recently. He was being polite and professional by carefully choosing the adjective, “unintelligent”.
Still, that does not hide the fact that some ministers are actually dumb, pea-brained, crass, dull-witted and stupid. That is coming from me straight up as always, not from Hamid. The statement from the Home Ministry yesterday that it would continue to see that PDRM function professionally and efficiently was not such an “intelligent” response, particularly coming on the heels of the mountain of brickbats it has just been laden with.
To me, this past week has to be “IGP Hamid Bador Week”. I have always found PDRM and police work a fascinating subject, possibly due to my close working relationship with many police officers in years gone by. This week has the most public-grabbing police stories for a long while. I have written three articles, including in a Sarawak daily, on the police controversies this week alone.
I expect things will continue to heat up in Bukit Aman as Hamid has vouched to keep PDRM close to his heart. I take that to mean he would continue to speak up. In passing, I have also noted with interest Hamid’s statement that he was very worried about smuggling, online gambling, and immoral activities in Sarawak. I have attempted to contact Hamid with the hope to learn more about what he had uncovered and what could be done to resolve the issues. I do hope to meet Hamid in due course to discuss Sarawak affairs, particularly those pertaining to corrupt practices within the force.
Hamid’s explosive revelations are very serious as it involves political interference in police work. His direct claim that Hamzah wanted to use the Special Branch for political purposes warrants nothing short of a royal commission of inquiry (RCI) to probe the case. This has to be acted upon as a matter of urgency since the matter was raised by the top cop himself. PDRM, as the nation’s key security agency, cannot be abused by ministers to fulfil certain political agendas.
Hamzah’s interference has also seen the National Patriots Association (Patriot) demanding that Hamzah be sacked from the cabinet. The veterans described Hamzah’s actions as insulting, insolent, and disregarding the statutory functions of the police force.
Earlier, I’ve commented that it is better for Hamid to retire as IGP now rather than four months later because this acrimonious Hamid-Hamzah relationship will not be healthy in Bukit Aman. This is a case of a popular police chief unprepared to pander to his unpopular political boss of a very unpopular government. Because political bosses, and not civil servants, always have the upper hand, a prolonged clash at the top of PDRM will benefit no one.
Hence, I believe it is best for Hamid to leave now but his continuous efforts from outside to improve the police force would be welcomed and his views, being the former IGP, would be valued and respected. And there is one thing Hamid can rest assured. I doubt anyone will describe him as the “unintelligent” former IGP. - Francis Paul Siah 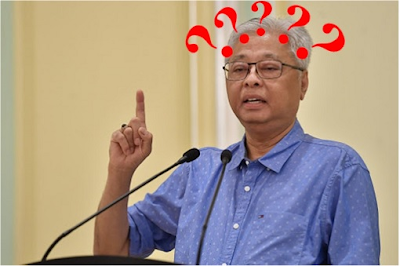 Muhyiddin govt made changes within
24 hours in yet another half-baked MCO 3.0...
As predicted, the backdoor government of Muhyiddin has announced yet another half-baked lockdown – MCO 3.0. While people did not expect much from the clueless regime, they were flabbergasted at the deteriorating competency of the ministers involved. Even primary school students could do a better job than the bloated Cabinet of 72 ministers and deputy ministers.
One would expect that after two versions of MCO and dozens of EMCO, Semi-EMCO, CMCO, RMCO and whatnot, a government, regardless of its level of incompetency, would not have screwed up again so royally. The MCO 1.0 was a nationwide lockdown, while the MCO 2.0 was confined to only 5 states – Penang, Selangor, Melaka, Johor, Sabah and Federal Territories.
But the latest MCO 3.0, announced yesterday, only involved six out of nine districts in the state of Selangor. Exactly why can’t the highly-paid ministers handle the movement control order of just 6 districts efficiently? And why weren’t the top-3 states with highest Covid-19 new cases as of yesterday (4 May) – Selangor (675 cases), Sarawak (620) and Kuala Lumpur (408) – locked down?
Of course, the trick is simple – declares a lockdown under the pretext of fighting Covid-19. But don’t implement a strict lockdown under the pretext of saving the economy. And when the lockdown fails, which was already anticipated, then declares yet another half-baked lockdown under the same excuse. Repeat the process and voila, the regime can rule forever.
Everyone knows that neither MCO 2.0 nor 3.0 were meant to flatten the curve. They are just convenient tools to create a fake perception that the government is doing something to stop the spread of the virus. But the gullible and ignorant folks in villages had no idea that insanity is doing the same thing over and over again and expecting a different result.
Even if the whole idea is to put up a drama to hoodwink the voters, especially the illiterate Malay community, at the very least the illegitimate government should be able to present a sexy and impressive standard operating procedure (SOP). It’s simply unacceptable and humiliating, even at the standard of villagers, to announce a lockdown without a properly prepared SOP. 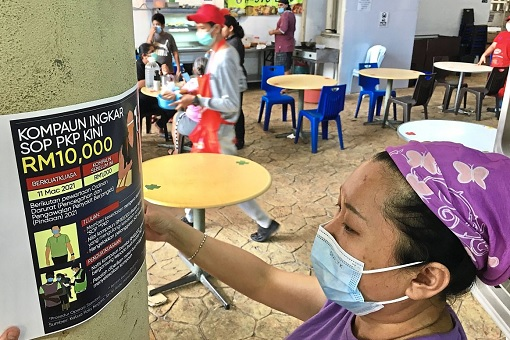 MCO Violation Compound Of RM10,000...
Yes, after more than a year of mishandling the pandemic and introducing different types of lockdowns, it’s both hilarious and surprising that Muhyiddin government still fails to consolidate, compile and fine-tune an acceptable set of SOP, which eventually led to some embarrassing moments on the first day the MCO 3.0 was declared.
For example, while Senior Minister Ismail Sabri insisted that anyone with a vaccination appointment must obtain an approval letter from the police, Minister of Science, Technology and Innovation Khairy Jamaluddin said otherwise. So could or should citizens cross into districts or states between Selangor and Klang Valley to get their dose of vaccines?
Mr Khairy said people just need to show their appointments on MySejahtera app, or a hardcopy printout, as proof of their vaccination appointment to the police at roadblocks. But have the authorities been updated on this? Can Khairy even give an order to the police or the soldiers, which is under the jurisdiction of “turtle egg” Ismail Sabri, who happens to be the Defence Minister?
So far, the clueless Ismail Sabri has kept his mouth shut after being humiliated by Khairy. Without an acknowledgement from Sabri, who is in charge of security and defence, it’s safe to say the police at roadblocks will most likely slap travellers with compound tickets. Why should people rush to get vaccinated, knowing very well they could be punished with a maximum compound of RM10,000?
The genius Minister Ismail Sabri also could not clarify whether schools will continue to operate during the lockdown period, which will be effective from May 6 to 17. After criticized, the Education Ministry today finally gives an order to all schools in Selangor, including districts not affected by MCO 3.0, to close starting tomorrow (May 6) until after the Hari Raya holidays are over.
However, international schools and kindergarten, as well as childcare or tuition centres, appear to be caught in the grey areas. It’s still unknown whether they must be closed or can remain open for business. Heck, people in the six districts (Hulu Langat, Petaling, Gombak, Klang, Kuala Langat and Sepang) under MCO 3.0 were equally confused initially whether they can travel inter-districts to work. 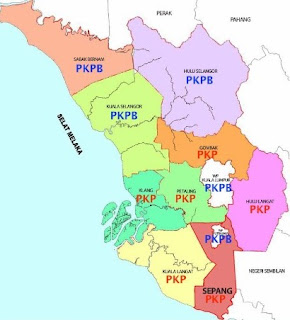 Grocery, convenience stores, dining premises and petrol stations are allowed to operate between 6am and midnight, even though dine-in is not allowed. While daily markets (night and morning markets) will be allowed to operate between 6am and 2pm, Ramadan bazaars are still allowed to operate (Selangor today announced the bazaars will be closed effective May 8).
What’s the purpose of introducing MCO 3.0 if there isn’t any difference from the previous MCO 2.0? If the MCO 2.0 had failed to contain the Coronavirus, what makes the clowns think it would be any different this time? If the backdoor Perikatan Nasional government was running like a headless chicken during the MCO 2.0, now it is like a dog chasing its own tail.
Stunningly, within 24 hours, the clueless and incompetent government has made some spectacular changes. Now, the MCO lockdown will also include Kuala Lumpur from May 7 to 20. Apparently Minister Ismail Sabri claimed the decision was made after the National Security Council considered the emergence of 17 Covid-19 clusters in Kuala Lumpur over the past week.
Ismail Sabri Yaakob - Confused - CMCO Work From Home
Was “turtle egg” Sabri trying to say that the government had forgotten the capital city Kuala Lumpur clusters when a decision to introduce MCO 3.0 was made yesterday? The government should stop insulting people’s intelligence. They talked as if a sudden outbreak has just exploded in Kuala Lumpur. Obviously, it was damage control after heavy criticisms from the general public.
Interestingly, something bizarre happened over the weekend when Prime Minister Muhyiddin, who was initially scheduled to make an official visit to Singapore on Monday (May 3), abruptly cancelled it on Sunday. Foreign Minister Hishammuddin Hussein claimed the visit was postponed because the premier wanted to focus on the Covid-19 pandemic.
Again, it was yet another cock and bull story. The current fourth wave has started since the early April, and didn’t appear out of the blue. Exactly why Mahiaddin alias Muhyiddin could fly to Indonesia to meet President Joko “Jokowi” Widodo on 4 Feb when Malaysia was hit with over 4,000 daily new cases of Coronavirus, but could not visit nearby Lee Hsien Loong when there were only 3,000 new infections? - FT 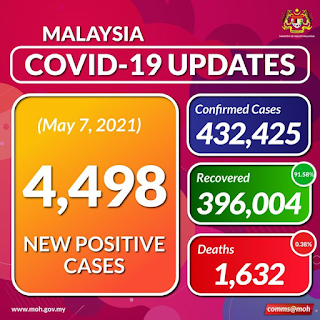