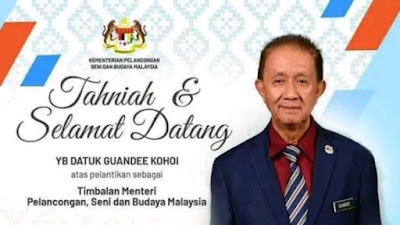 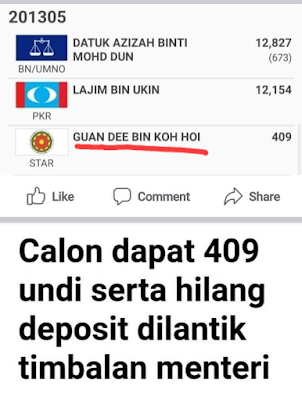 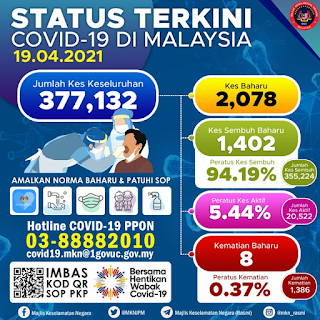 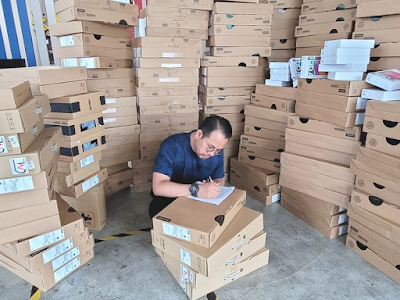 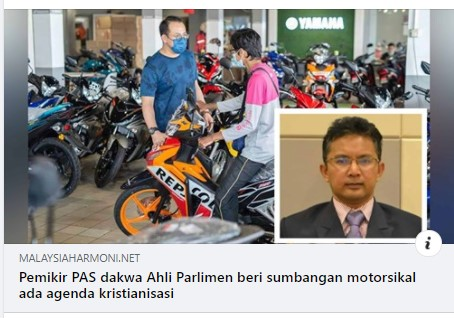 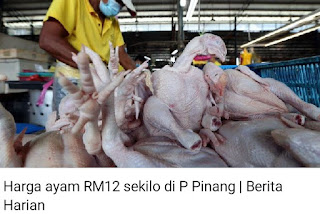 Deputy agriculture and food industries minister Che Abdullah Mat Nawi said they acknowledged that the people were facing price hikes in food items.He warned businessmen against profiteering or manipulating prices during this festive season.
The Consumers’ Association of Penang (CAP) has urged authorities to intervene to resolve the drastic increase in chicken prices that coincided with the beginning of Ramadan. 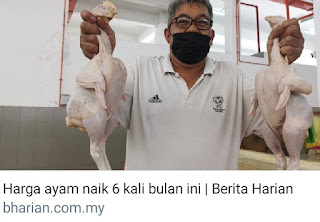 CAP education officer NV Subbarow said the price hike had burdened everyone and that stern action must be taken against chicken suppliers.
“Previously, chicken was sold at RM7.50 a kg but now it’s sold between RM9 to RM10 per kg with the excuse that feed costs and other expenses have increased,” he said in a statement. 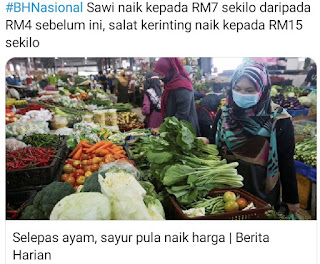 “Some suppliers said the price hike was due to breeders having to sustain increases in imported feed prices of up to 40%. This has happened not only here but everywhere,” he said. - fmt 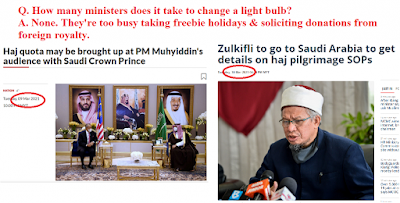 Now We Know Why
Putrajaya Is Broke...
Two Ministers and their aides took separate jollies to Saudi Arabia, ostensibly to arrange Haj quotas.
1.What is the real reason behind Muhyiddin Yassin and his entourage’s visit to Saudi Arabia, in early March? We were told to negotiate haj quotas. Really?
2. He claimed that Putrajaya is pokai (broke). Is Zoom inaccessible in Putrajaya?
3. Is the real reason for the trip so that Muhyiddin can beg for another ‘princely donation’, just as the convicted criminal, Najib Abdul Razak, did prior to GE-13?
4. Now, isn’t it loverly for Muhyiddin and Mrs to be given a royal guided tour of the historical religious sites in Saudi Arabia? How many of our political elite wander off to the back streets of any Saudi city and observe the poor Saudis especially their women, living wretched lives, or the migrant workers who live equally wretched lives. All Malaysians see is the glitter and the towering hotels and palaces of the uber Saudi rich.
5. What will Malaysia have to give up in these dodgy deals? Will more wahabi schools be set up in Malaysia? Will the more extremist brand of Islam be sown? More wahabi indoctrination? We should not be dealing with an evil regime, which murders its journalist.
6. In early April, weeks after Muhyiddin returned from Saudi Arabia, the Minister for Religious Affairs and his entourage went on a jolly to Saudi Araiba. Did minister Zulkifli Mohamad Al-Bakri and his entourage, think that he would save Malaysian taxpayers’ money by accepting the freebie offered by the Saudi NGO, which is funded by the Saudi government. Silly man!! 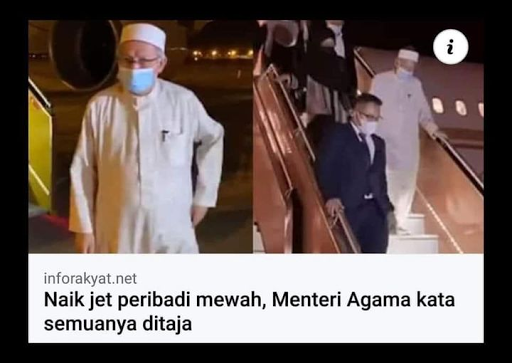 If DAP had accepted a free trip sponsored by an American NGO to visit an armaments factory in America, Zulkifli and his mates would be screaming, “Down with the Capitalist imperialists”….or if the DAP had accepted a fully sponsored visit to another armaments factory in the People’s Republic of China, he and his mates would be screaming, “Komunis. Komumis.”
7. Don’t these ministers have advisers?
8. The reason for rejecting expensive gifts is simple. Anyone who receives a gift is beholden to the giver. What will Malaysia have to trade in exchange for an increased haj quota?
9. Why is the cost of going on the haj so high? At RM23,000 per person, it is a hefty sum. Normally Malays, a husband and wife, visit Saudi as a couple and they will be paying a small fortune to perorm their pilgrimage. Zulfikli could tell us the breakdown of cost. How much of the RM23,000 goes to the Saudis? How much to any crony or politician helming Tabung Haji? Under its former chairman, Tabung Haji’s finances were not healthy.
10. Successive Malay ministers screw their own kind. Why? Because few Malays dare scrutinise the actions of their ministers and politicians. No wonder many Malay politicians aided and abetted by corrupt cronies, have got away with their crimes.
Many Malays are very naive. They think that a religious man, or someone in an institution that protects the Malay man’s right to observe one of the pillars of Islam, ie the pilgrimage, can do no wrong. The gullible Malay is under the impression, that these Tabung Haji employees will not steal. Silly dolts!!
Look what the former chairman, the Baling MP, Abdul Azeez Abdul Raheem, did to Tabung Haji. So, I ask you. How many ministers does it take to change a light bulb in Saudi Arabia. The answer is none. They are too busy “Enjoy”!! - Mariam Mokhtar 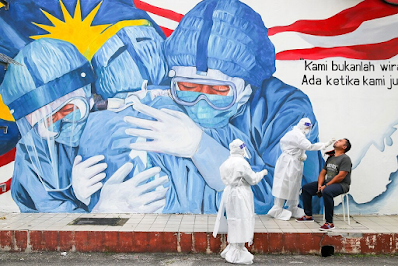 Asia Sentinel makes some
blistering comments about Malaysia...
Malaysia, which early on in the fight against the Covid-19 coronavirus was one of Asia’s leaders, has begun to slip back, with at least some vaccine procurement seemingly diffused among competing parties thought to be aligned with top politicians, ostensibly illegal shots for royalty, low signup rates due to fears of blood clots, and sharply rising new cases.
Malaysia isn’t alone. Cases are surging across much of Southeast Asia, for instance in Brunei, Cambodia, Thailand, and other countries although all are far behind Indonesia and Philippines. With nearly more than 9,000 cases in the past week, Malaysia’s weekly rise has hit 35 percent during that period, according to statistics compiled by the website Worldometer.
The Ministry of Health has been seeking to identify reasons behind low take-up rates and considering steps to boost vaccine registration, plagued by the fact that vaccine doses have been trickling in slowly. Continue reading Here and Here... 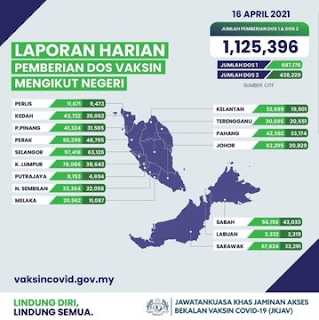 It is obvious to everyone by now that things are not right. The fact is things are very wrong with our corona virus vaccine program. Firstly talk has been floating around for some time about dubious wheeling and dealing over the procurement of the vaccines. Exactly who are the parties involved in procuring the vaccines again? Is it the same bunch of orang kaya and orang ternama? We need transparency.
Do not gamble with peoples' lives over monetary profit. And more importantly it is taxpayers money. Our money. Our money that should have bought the corona virus vaccines by the planeloads and should have been administered to the public months ago. Duit bapak kita. Yet that is not happening. This idea of registration, prioritising people etc is not working. Granted the frontliners seriously need to be vaccinated first, including the school teachers.
But other than that there is absolutely no need to register. Just do what other countries are doing. Set up vaccination booths by the roadsides, in the basement carparks of empty buildings, in the football stadiums, at open areas with easy drive in access and just vacinate everyone. No need to check orang tua, orang muda, lelaki, wanita, Malaysian citizens, non citizens etc.
(In Malaysia we are having this online registration and now we discover that the online registration numbers are low.   Can we have a racial breakdown on the registrations? I can assure you that there is a disproportionate racial 'slant' to the number of registered people so far. I can assure you the rural areas are the least registered. That is where the majority of voters are also located as well.) 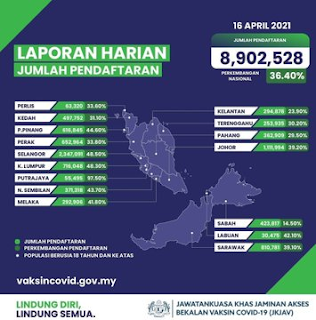 The corona virus infects living human beings. The virus does not care whether you are an old person, young person, Malaysian citizen or not a Malaysian citizen. As long as you are a human being and you are alive the virus can infect you and all living human beings can become potential virus carriers.
So you do not vaccinate people according to age groups, voters, non voters, other groups, citizens or non citizens, by racial groupings etc. As long as they are human beings, they are still alive and they live among us then those human beings must be vaccinated. That simply means ALL living human beings who live in this country.
I find it really unthinking that non citizens, especially foreign factory workers who have now been confirmed to be "high risk" are not being vaccinated.  What is the point of vaccinating the rest of us citizens when the 'high risk' factory workers are not being vaccinated? They will still be carrying the virus around.
Yes I am certain the Malaysian taxpayer will not object to paying for the vaccination of foreign workers. They contribute to our economy tremendously and certainly we have a duty to ensure their protection against the virus. This is a pandemic. Please bring out your humanity for a short while. Dr Noor Hisham I really hope this was not your idea. Such thinking makes a fool of your medical school teachers.
All the other countries in the world are doing the vaccination in an almost identical fashion - people just drive up or walk into a vaccination area, show some type of identification (like our MyKad) for tracking purposes and they get vaccinated. There is no need for any registration.  - Syed Akbar Ali 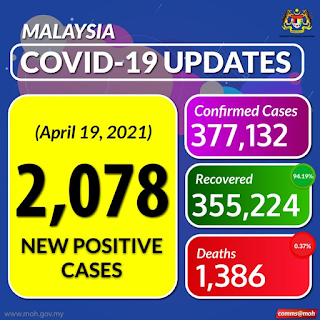