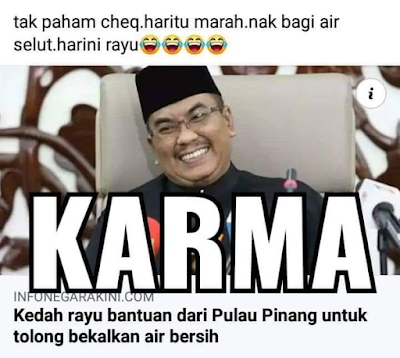 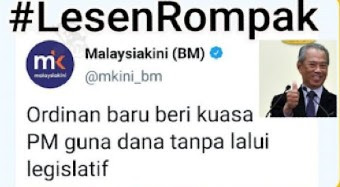 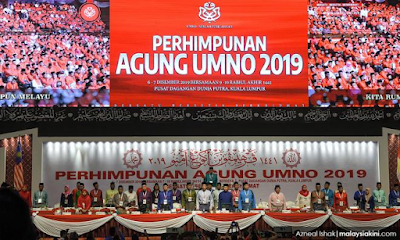 Slap in the face for UMNO from PAS...
In last weekend’s 75th Umno general assembly, some delegates called on PAS to unequivocally state whether it wished to work with Umno or PPBM. These calls came after Umno adopted a resolution which said it would not cooperate with PPBM in the next general election (GE15). The Umno Supreme Council was given the mandate to decide when to ask its ministers in the Perikatan Nasional-led government to quit their posts.
Umno Youth chief Asyraf Wajdi Dusuki was the most prominent party leader to call on PAS to choose “once and for all” whether it wanted to be with his party or PPBM. PAS answered it today in a way that Umno wouldn’t have expected. Instead of issuing a statement or calling up Umno president Ahmad Zahid Hamidi, PAS showed its stand in action: Its president Abdul Hadi Awang met PPBM chief Muhyiddin Yassin yesterday.
And today, PAS and PPBM issued a joint statement saying the presidents decided to strengthen their collaboration in PN and work together in GE15. The statement also said PAS and PPBM, as the founding parties of PN, had decided to establish a committee to formulate specific strategies to face GE15, including negotiations on seat distribution.
Can there be a clearer answer for Asyraf and Umno? Asyraf had said PAS’ unequivocal stand was necessary because Muhyiddin had indicated his party would not compromise over seats and would vie for every seat Umno had contested if the latter insisted on going it alone. Asyraf said at the assembly that Umno would continue to strengthen Muafakat Nasional (MN), its alliance with PAS. With the latest development, a question mark arises over the continued relevance of MN. 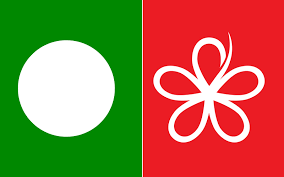 Of course PAS has always maintained that it wants to cooperate with both PPBM and Umno. It will continue to sing this song until GE15 or until Umno decides to cut all ties, that’s for certain. This is because PAS has everything to gain by teaming up with others. On its own, it can only win a state, possibly two. At the national level it cannot make headway, especially in the urban belt and in Sabah and Sarawak.
If today it has increased its representation in Parliament, it’s simply because of its earlier alliance with PKR and DAP in Pakatan Rakyat which gave it exposure to its non-traditional base. Hadi knows he has more to gain by going along with Muhyiddin than with Umno. The main reason is that Muhyiddin controls the government and government resources.
PAS is also grateful to Muhyiddin for enabling it to taste power at the federal level again, after spending decades in the boondocks. Not only did Muhyiddin throw PAS several ministerial and GLC posts, he also made Hadi special envoy to the Middle East with ministerial rank. Would any thinking Malaysian argue that there’s a need for such an envoy when you have a foreign minister? Everyone knows why Muhyiddin gave him a highly paid post.
Umno must understand that while PAS shouts on an Islamic platform, it is really a political party first and foremost, and power is the goal of any political party. Once Umno was all powerful but today it is weak. It cannot offer what the prime minister can. Muhyiddin has shown he is smarter than the Umno leadership by checkmating his opponents and increasing his support.
Dulu PAS nyanyi lagu UMNO,pasai apa tukaq lagu ni pula...
Politically, Muhyiddin has shown he is a more savvy leader than Umno president Zahid. Let’s face it, Muhyiddin even outfoxed the old fox, removing Dr Mahathir Mohamad as PPBM chairman. The years of experience spent in the political trenches of Umno have crafted Muhyiddin into an astute politician.
Also, Umno is split and PAS, as part of MN, knows this very well. There is every likelihood that before GE15, a few more Umno MPs may quit the party. It is not inconceivable that some Umno MPs who had wanted the party to continue cooperating with PPBM, and those who are being thought of as “parasites” or “traitors”, may just throw in their lot with Muhyiddin.
PAS probably sees Umno as a liability given that two of its leaders have been found guilty of corruption and several more, including Zahid, are facing trial for graft-related offences. And Umno did nothing at its assembly to change the situation.
So, can you blame PAS? But the meeting between Muhyiddin and Hadi and their agreement to work together just two days after the Umno assembly is certainly a slap in the face for Umno. I won’t be surprised, however, if Umno and PAS continue to work together informally, if not as MN, because both want to win as many seats as possible.
Three-cornered fights are not good for any of them and it’ll be worse if they have to meet each other in straight fights. We’ll have to wait and see how Umno reacts to this slap. Its response will show whether it’s a lion or a cat. - A. Kathirasen 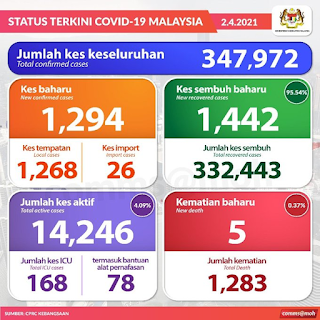