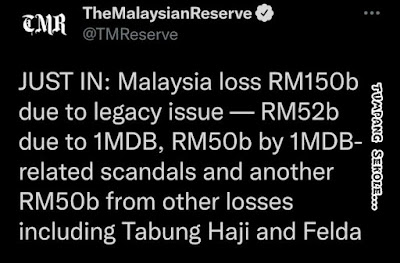 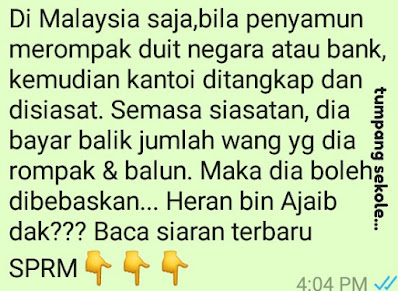 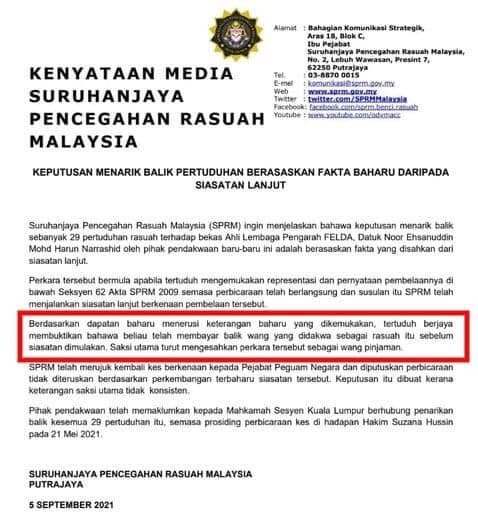 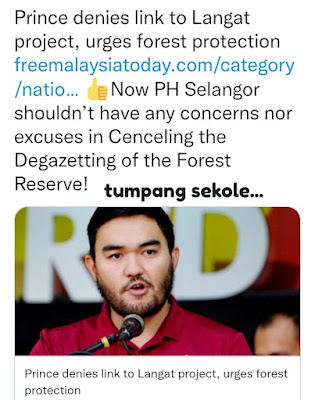 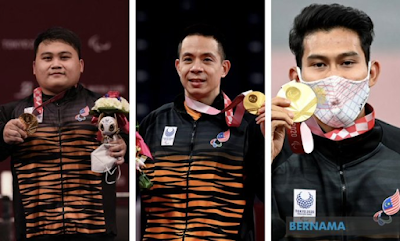 Thanks to our extraordinary athletes... - dr.ts 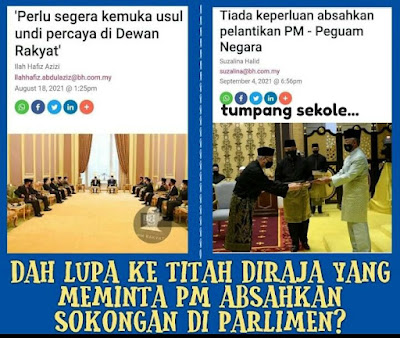 "Attorney-General Idrus Harun who said there is no need for Ismail to table a confidence vote in the Dewan Rakyat. Idrus had said if Ismail’s legitimacy still needed to be tested by any party apart from the King, it would mean the absolute power of the King could be overridden."
Fact : It is the King's decree that the new prime minister would have to face a confidence vote to prove his majority.
Question : Who has the final say - the AG or the King? Or was it craftily interpreted to undermine the King's authority or decree?
Why is the AG Idris Harun going against the titah of the YDP Agong? First of all who asked the AG Idris Harun to give his opinion? Is this a personal opinion by the AG or an official statement by the AG's Chambers?  If it is an official statement who asked the AG for his clarification?
Was it the Prime Minister? Was it the YDP Agong? If neither the PM nor the YDP Agong asked the AG to give his opinion then on what basis did the AG Idris Harun make his strange statement?  Why is the AG playing politics? 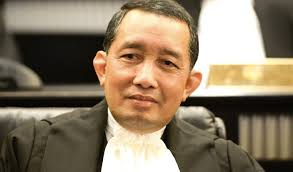 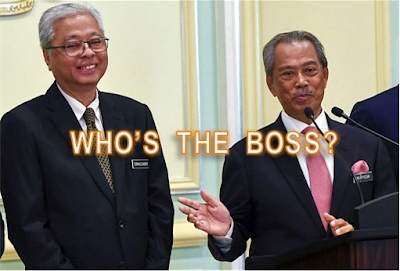 PM Ismail rubbished royal decree for
VoC, appoints supreme leader Muhyiddin...
The two despicable and corrupt brothers of Harun – House Speaker Azhar Azizan Harun and Attorney General Idrus Harun – were political appointees of former Prime Minister Muhyiddin Yassin. Even though Ismail Sabri is now the prime minister, the political master of the Harun brothers is still Muhyiddin, not the new lame duck prime minister.
Now, do you understand why we said Ismail Sabri is nothing but a proxy or puppet of Muhyiddin? Some silly people were quick to blame Opposition Pakatan Harapan for bringing back United Malays National Organization (UMNO) to power by refusing to accept Muhyiddin’s last minute insincere offer of political and electoral reforms in exchange for support.
Who actually supported UMNO vice president Ismail Sabri as the 9th Prime Minister? Was it the Pakatan Harapan coalition or power-hungry Muhyiddin and his allies who nominated Sabri as the prime ministerial candidate? Clearly, it was Muhyiddin, who, despite his lies and cries about wanting to stop kleptocrats or crooks, that had brought the corrupt UMNO back to power.
Had Muhyiddin’s party Bersatu, or PAS Islamist party, or Sarawak-based Gabungan Parti Sarawak (GPS), not thrown their support behind Ismail Sabri, UMNO will not be back to power. Therefore, the UMNO crooks are back thanks to Bersatu, PAS and GPS. If any of them did not support UMNO, the corrupt party would not be able to return to power, would they?
Actually, Pakatan Harapan did the right thing by rejecting the treasonous and treachery Muhyiddin’s offer. If the Opposition accepts the hastily hatched offer, they would be laughed and mocked for being stupid when the untrustworthy Mr Moo rescinds and revokes his promise for the reforms. After all, did not Muhyiddin say he will only consider the reforms “after” the Opposition votes for him in Parliament?
Worse, Pakatan Harapan would be blamed for not only recognize and legitimize the backdoor government of Muhyiddin, but also for supporting the man who had committed treason against the Agong (King). The Opposition will not be able to explain why they support the same man who had betrayed them in the first place, as well as usurping the royal powers. 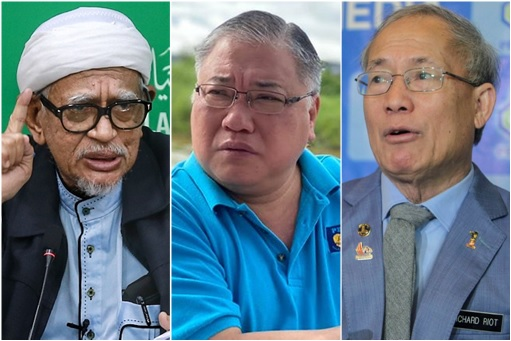 Special Envoy - Hadi, Tiong and Riot...
Today, it is proven that it doesn’t matter whether the Opposition supports Muhyiddin or not. The end result is still the same: power-crazy Bersatu and corrupt UMNO and extremist PAS are inseparable. The equally corrupt GPS will support anyone as long as the Sarawak state government is allowed to rape the resources via illegal logging. The parasites need each other.
Muhyiddin had desperately offered the dubious reforms to Pakatan Harapan in order to cling to power. UMNO president Zahid Hamidi, on the other hand, wanted to topple Muhyiddin in order to install a new lame prime minister who would drop all his 87 charges related to money laundering, corruption and criminal breach of trust (CBT). It was just an internal power struggle to control the Iron Throne.
Now that there is a new government, has anything really changed for the better? Call it whatever you like, but it is still the same failed backdoor Perikatan Nasional government. With the exception of newly installed Health Minister Khairy Jamaluddin, of whom the clueless and incompetent government depends entirely to fix the Covid pandemic, nothing changes.
Not only “turtle egg” Ismail Sabri has retained the same super bloated Cabinet of 73 ministers and deputy ministers, including the reappointment of “Terrorist” Hadi Awang as Special Envoy to the Middle East, “Mafia” Tiong King Sing as Special Envoy to China and Richard Riot as Special Envoy to East Asia, the new PM has done something incredibly marvellous today.
Puppet Sabri has appointed his former boss Muhyiddin as Chairman of National Recovery Council. People are not sure whether to laugh that former PM Muhyiddin has been demoted to a minister rank, or to cry that the same incompetent man who had killed 13,000 people due to mishandling of Covid-19 pandemic is being promoted to lead the country again.
Yes, short of officially bestowing him Minister Mentor title, an act that would definitely give Zahid and premier-turn-convicted-criminal Najib Razak ammunitions to launch another coup, it seems PM Ismail Sabri is reporting to Minister Mentor Muhyiddin. The fact that Muhyiddin gladly accepts the appointment shows clearly how power-crazy he is, despite having been forced to resign 2 weeks ago. 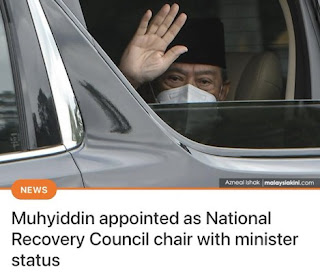 Hilariously, Chairman Muhyiddin will be in charge of immunisation programme, economic, social, education, religious and whatnot. Heck, it’s not an exaggeration to suggest that Muhyiddin is like Malaysia’s Supreme Leader, leaving the prime minister with nothing to do but enjoy exotic turtle eggs. By empowering Muhyiddin, PM Ismail Sabri has reduced himself to merely an errand boy.
Former PM Mahathir Mohamad must be jumping mad that his idea of forming and chairing a National Recovery Council has been hijacked in broad daylight by the turtle-egg man. The old man was so hopeful of ruling again that he had even held the first meeting of a Shadow National Recovery Council on Zoom on August 5, bringing back the good old memory when he ruled like a dictator for 22 years.
But the biggest fool is arguably King Sultan Abdullah. The monarch appears to have approved the appointment of Supreme Leader Muhyiddin, the same power-hungry man who had previously lied, insulted and usurped the royal powers. Perhaps it’s acceptable for a Muslim to belittle and insult the Malay King, but not for a non-Muslim to do the same.
However, the insult to the Malay Rulers didn’t stop with the incredible insane appointment of a former incompetent prime minister as de-facto leader of the country again in just 2 weeks. A.G. Idrus Harun, on behalf of political master Muhyiddin and lame duck PM Ismail Sabri, has announced that a vote of confidence is not needed, despite a royal decree to make it compulsory.
The disgraced attorney general argued that a vote of confidence to prove the legitimacy of the prime minister in Parliament is not necessary because the Agong had already appointed Ismail Sabri Yaakob as the 9th Prime Minister. Well, if that is true, then why the heck the King was so dumb to decree that the newly appointed premier must prove his legitimacy in Parliament?
Were there no legal eagles who could advise the Malay Ruler that if he agrees to appoint Ismail Sabri as the next prime minister, then a vote of confidence is not required anymore because it would make the monarch looks like a bloody fool for appointing someone whose support in Parliament is dubious? That was basically what A.G. Idrus Harun was trying to say.
Interestingly, when the King repetitively said last month that the newly appointed PM Ismail Sabri must test his legitimacy in Parliament, not a single soul, including A.G. Idrus Harun, has voiced their rejection of the royal decree. Why didn’t the attorney general advise the monarch “before” Sabri becomes a PM that a vote of confidence is not required should the Agong proceed with the appointment? 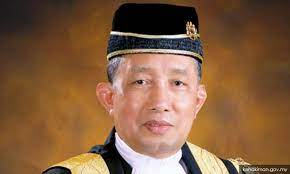 A.G. Idrus Harun
Based on the genius attorney general’s argument, perhaps he could explain why Tun Hussein Onn (third prime minister) and Abdullah Badawi (fifth prime minister) can prove their legitimacy via a vote of confidence in Parliament, but not Ismail Sabri. What is so special about the turtle-egg man that he enjoys privilege or immunity not to go through a vote of confidence?
Using the attorney general’s same logic, a vote of confidence is actually necessary to prove that Ismail Sabri has “NOT” lost his support since his appointment as the 9th Prime Minister on August 21, 2021. If indeed he still enjoys majority support of Members of Parliament, he should not fear of going through a vote of confidence, failing which is proof that he has lost his support.
Federal Constitution’s Article 43 basically says Agong (King) would appoint a prime minister who “in his judgment is likely to command the confidence of the majority of the members” of the Dewan Rakyat (Lower House). Hence, the monarch may think Ismail Sabri has the majority support at that time, but not necessary still enjoys it today, especially with his razor-thin majority of only 4 seats.
It also suggests that the King might not be entirely sure about Sarawak-based GPS’ support for Ismail Sabri. While GPS’ 18 MPs had nominated Sabri as its prime ministerial candidate, at the same time, its chief – Abang Johari Openg – reportedly said his MPs will revoke support for Ismail Sabri if the Yang di-Pertuan Agong (King) prefers to choose a different prime minister.
That’s the reason why the King wanted Ismail Sabri to test his legitimacy in Parliament. The support from GPS may be split and not unanimous. Therefore, the monarch’s judgement could be wrong and the best place to prove Sabri’s legitimacy is in Parliament, not Palace. The argument that the appointment of prime minister does not need further legitimacy (such as in Parliament) is also laughable.
Just look at the disgraced Muhyiddin, whose legitimacy was furiously defended by the A.G. Idrus Harun himself. The attorney general’s lopsided and twisted advice is not worth the paper it’s written on. If UMNO leadership is smart, the two Harun brothers should be sacked before they destroy the party, which now suffers the same perception of a “failed government”.
Like it or not, the Palace cannot keep quiet, pretending everything is under control. The appointments of Takiyuddin Hassan as a minister and Mahiaddin alias Muhyiddin as supreme leader, as well as A.G. Idrus Harun’s rejection of a royal decree for something as simple as a vote of confidence have not only damaged the image of the Malay Rulers, but also an insult that ordinary people are watching with great interest. - FT 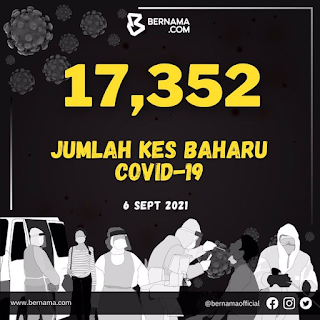