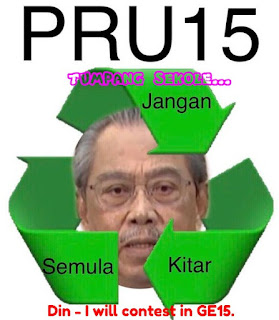 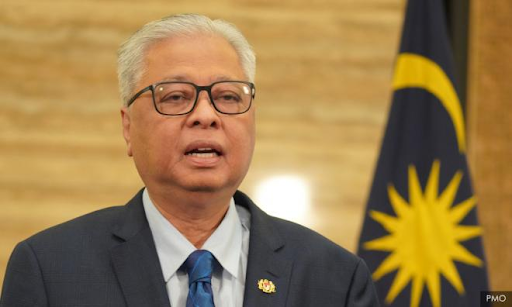 Cabinet agrees to 7 reforms...
Prime Minister Ismail Sabri Yaakob’s cabinet has agreed to a slew of institutional reforms during a cabinet meeting recently.This includes many of the reforms promised by his predecessor Muhyiddin Yassin last month in exchange for the opposition’s support.
In a statement, the prime minister said this is to restore political stability in the country in order to tackle the Covid-19 pandemic and restore the national economy, in line with the decrees by the Yang di-Pertuan Agong and the Conference of Rulers.
The seven reforms are...
1. Table an anti-party hopping law in Parliament.
2. Amend the Federal Constitution to expedite the implementation of the lowered voting age
from 21 years old to 18.
3. Amend the constitution to limit the prime minister’s term in office to 10 years.
4. Ensure equal representation between opposition MPs and government backbenchers
in parliamentary special select committees.
5. All draft legislation, including the budget bill, will be discussed and agreed upon first,
before being tabled in Parliament.
6. Opposition politicians will be involved in the National Recovery Council to provide input
and suggestions for improvement.
7. The opposition leader will be given the salary and amenities equivalent to a minister.
“This government is of the view that the focus and priority should be given by all parties for the time being towards political stability and national administration in fighting Covid-19 and reviving the economy. “This offer is also aimed to create a new political landscape by implementing transformation and reforms in government administration especially in strengthening the parliamentary institution. “At the same time, the government is committed to introducing more transformation from time to time,” he said.
Meanwhile,the government and Pakatan Harapan have agreed to sign a memorandum of understanding (MOU) today (Sept 13), as well as to reveal the contents of the agreement to the public.
“Both sides agree to completely reveal the MOU to the public as a commitment to full transparency and accountability.“In line with this spirit and commitment, both sides agreed to sign the MOU today at 5pm at the banquet hall in Parliament," read a joint statement released today.
The signing tomorrow will be attended by Prime Minister Ismail Sabri Yaakob as well as Harapan leaders, namely PKR president Anwar Ibrahim, DAP secretary-general Lim Guan Eng, Amanah president Mohamad Sabu and Upko president Wilfred Madius Tangau.
All sides agreed that the deal is to restore political stability in the country for the sake of handling the Covid-19 pandemic as well as to revive the economy through bipartisanship.
“With this MOU, the focus and priority from both sides will be on creating a new political landscape through transformative initiatives and good governance reforms, specifically on strengthening the role of Parliament as an institution,” the joint statement read. - mk 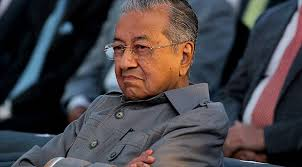 The Machiavellian bomoh...
Tawfik Ismail aptly described Dr Mahathir Mohamad as "The Machiavellian bomoh" when launching the book Paradise Lost: Mahathir & The End of Hope, penned by a former diplomat Dennis Ignatius. Malays have always had a soft spot and trust in bomoh rather than in science or vaccines. Many still see the bomoh and get spiritual water for their children before any critical school examination.
Many Malay politicians also seek guidance from their bomoh before they embark on something they consider important. A friend of mine, a politician from Pahang, died tragically in the process of seeking bomoh power to further his political ambition.
Mahathir had prescribed many solutions to the Malay problems. Some have been proven helpful, and Malays have achieved short-term economic progress since Merdeka. It is no surprise that the awe Malays generally have for bomoh also kept Mahathir in power for 22 years.
It is also true when Dennis Ignatius and Tawfik said Dr Mahathir had contributed to the country’s failure in many areas. His obsession with the Malay-first policy had resulted in the country going backwards instead of keeping pace with more progressive neighbours.
Our institutions are in bad shape and are faltering rapidly. Personalities run the country when it should be run by a functioning and capable government machinery, with as little interference as possible. It is worrying as it is hard to see how this can be reversed.
We have become a mediocre state in many fields. But the concerns that we will be a failed state, or an Islamic one, as expressed by some well-known political analysts in the country, may be misplaced. We will not become a racist country either, as predicted by some, for the following reasons. 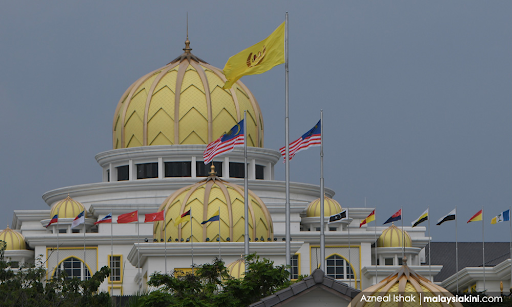 Let’s first talk about an Islamic state. By this, we mean a country run by mullah/ulama. A theocracy like Iran, or Afghanistan, is an Islamic state. Our nine Malay rulers will not allow this development because they are already the head of Islam in the country.
Plus, the fact that the proposed law to stop non-Muslims from propagating their faith to Muslims will now be limited to federal territories and not elsewhere means PAS’ ability and influence to impose their conservative Islam in the country is limited.
The Malays were under feudal rule over many hundreds of years, whereas the mullah/ulama influence is relatively recent. The Malay rulers will hold more sway with the Malays over the religious leaders. Malaysian Islamists are politicians, not terrorists. Anyway, the mullah/ulama variety in Malaysia are not the revolutionary type that generates passion and fervour like the IS leaders or charismatic ulama like Imam Khomeini.
Our Islamist leaders are mainly politicians and political operatives. These operatives are involved in the administration of Islamic affairs in the country. They are more interested in finding ways to gain political power for their friends in politics so their jobs are secured.
They are not revolutionaries who want to fundamentally change the Constitution or the nature of the economic system of the country. They sound like those revolutionaries in their speeches before a general election, but their actions are far from being one. They will not make great sacrifices like those in Afghanistan to achieve the idea of an Islamic state.
Just look at Abdul Hadi Awang. Many years ago, he refused even to take his oath as state assemblyperson because he had to utter the words “to honour and defend the Constitution”. He believed that the Constitution was secular and he would not be part of the system. Look at him now. 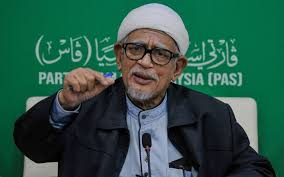 Our Islamists are not religious extremists in the true sense of the word. They will not resort to terror. They can be easily placated and appeased by money, position, and first-class travels. Of course, there will be a small group who adore the terrorist types; seeking to destroy the world, but our elites will make sure the police and the army are up to the task of ensuring the country will not be destroyed because such an event will impoverish them.
Apartheid for Malaysia unlikely, as for the country becoming racist like South Africa during apartheid or the US when led by supremacists such as Trump; that is also a remote possibility. Racist ideas germinate from people who believe that they are genetically superior. To believe in racial superiority like some whites do will be hard and unnatural for Malays.
That is because many Malays suffer from a generous amount of inferiority complex and self-doubt. They wait for their political leaders to tell them about everything, including the basic tenets of their religion. They neither take pride in being “individuals” nor being “intellectually independent”, but prefer to conform to group psyche and wishes. Malays tend not to question whatever dictates imposed by their leaders. They are humble people, even to a fault. Such people will never be racists.
Malays can certainly become more and more “religious”, and sometimes conduct themselves differently from the rest of the community, giving rise to accusations that they are not inclusive. The Jews are the same, they too believe they are the chosen ones.
Muslims, too, take pride in how Islam makes them special and different in their clothing, diet and lifestyle, not to mention their concept of hygiene. Such a sense of differentiation do not, however, make them extremists or racists in any way. Of course, there is much to be said on the issues raised in the book Paradise Lost by Ignatius. We are a mediocre country, and we are certainly not pulling our weight.
However, I think we have attributed the wrong things to account for our failings. Too much weightage has been given to the factors of race, religious extremism and corruption as the principal causes of our decline. I tend to believe there are other social and cultural factors that we should focus on that’s pulling the country down. But I will leave that discussion to another day. - Zahid Ibrahim 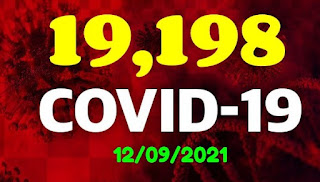