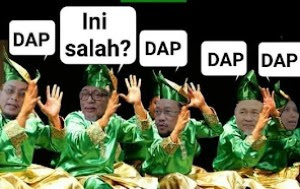 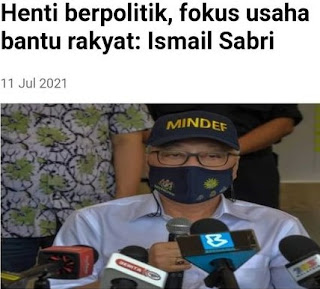 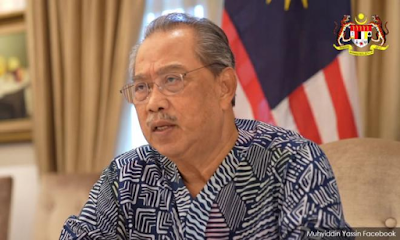 Unpopular, unwanted
and untenable. Time to go!...
No, I’m not trying to be funny with this opener. I’m making a serious comparison.I think I can lump the state of the Perikatan Nasional (PN) government today together with Boris Johnson’s bad haircut. Include that in the state of our Malaysian nation today.
For the flamboyant British prime minister, the messier and more erratic it looks, the more satisfied and happier he is with his hair. To us, Malaysians, the PN government looks as messy and unkempt as Johnson’s head of hair, something which we would surely find culturally embarrassing and unacceptable.
But here we are, a once-proud nation of 32 million Malaysians, stuck in this untidily unfamiliar “neither here nor there” imbroglio with no clear leadership nor direction leading us towards salvation.
At least, Johnson has always been aware that the British people find his hairstyle out of sync and rather awkward. But that’s only the prime minister’s hair, not his style of governing the proud and mighty British Empire. Compare Johnson with Muhyiddin Yassin. The Malaysian prime minister is unpopular, unwanted and his position is now untenable. It’s time for him to go but he won’t.
So, as long as Muhyiddin wants to cling on, we will continue to be saddled with this huge mess with more uncertainties and miseries coming our way. I have not heard of an apology from Muhyiddin to the people for his many mistakes since coming into power 16 months ago (I stand corrected on this). If there has been one, it was never highlighted. 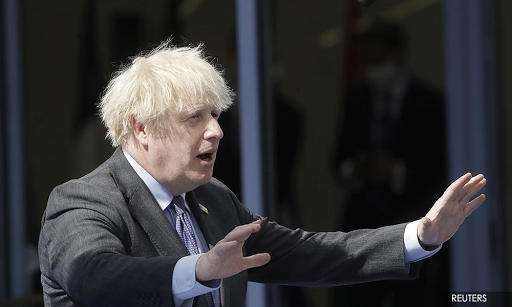 Never mind his bad taste in hairstyle, it’s more important that the British prime minister knows when he should say sorry. When a reporter told Johnson last year that his (the reporter’s) mother had a question for the prime minister, he sportingly obliged to answer it.
The reporter told Johnson that his mother wanted to know whether he ever brushed his hair, noting that it was all over the place, reminding the prime minister that he was now representing the country and the British people.
“Oh yes, I need a haircut really. I do have a brush in the office. I apologise to your mum but I do brush my hair,” Johnson responded, leaving the press boys present laughing aloud with him.
With Muyhiddin, I’m not sure if our local media people have ever shared a joke with the prime minister. Both sides are not to be blamed for not being able to laugh these days. Who is in the mood for banter when it is all so gloomy everywhere and everything seems so ‘dark’ even when it’s noon? 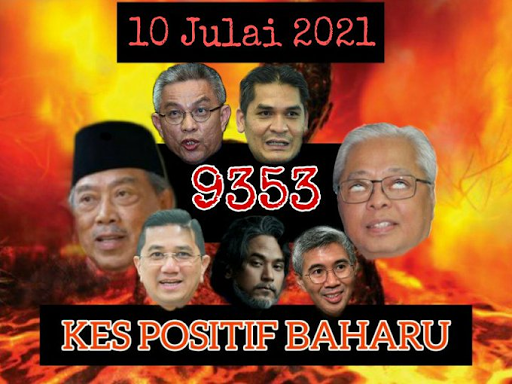 As I write this on a Saturday, the Health Ministry reported 9,353 new Covid-19 cases, a record high for the second consecutive day. There were also 87 deaths pushing the national death to 6,067. Who’s in the mood to be funny here? Morale sinking
As if that was not sad and worrisome enough, I also read the Malaysiakini report that as the Klang Valley suffered its worst-ever Covid-19 surge despite being under lockdown with the healthcare system on the verge of collapse.
Hospitals are running low on beds, oxygen supply, solutions and morale. How can staff morale be high if the Emergency Department and wards of some hospitals look like war zones in a disaster movie? The morale of frontliners is vital in this war against the pandemic and when it is lacking, immediate attention and solution are warranted.
The report that medical officers have resigned with 24 hours’ notice in the past few days is a very serious matter. They were committed and worked hard but they were said to be exhausted with the crisis and had lost hope.
When frontliners such as doctors and nurses lose hope in the health system, it means only one thing – Malaysia is not winning the battle against the lethal coronavirus and there will be more infections and more deaths. 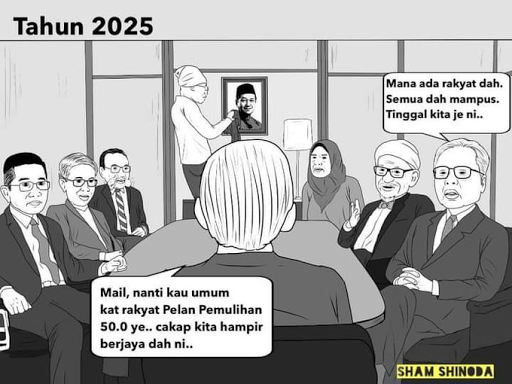 This is where Muhyiddin and his PN government have failed and failed miserably. While Malaysians are dying and fighting for hospital beds, the prime minister is playing musical chairs within his cabinet and promoting his “undeserving” ministers.
How on earth will promoting ministers prevent more Covid-19 infections and deaths? Muhyiddin, it seems, is trying to put out a fire with both gasoline and water at the same time. What on earth is the prime minister thinking?
All the politicians have declared that this is the time to stop politicking and prioritise tackling the pandemic but who are the ones politicking and squabbling? The politicians themselves, who else!
Boris Johnson will be at Wembley Stadium to watch England take on Italy in her first European Cup final on Sunday night (Monday morning here). England is the favourite to win.
On July 19, Covid-19 restrictions will be lifted in the UK even as scientists have advised Johnson that it would be “premature” to do so. Britain could not have a more confident leader in Johnson today. The UK has a prime minister, himself a victim of Covid-19, who is able to provide leadership when it is needed most.
Seriously, I do not mind having a prime minister with a silly and awful-looking haircut as long as he is sure of himself, confident and possesses honest but firm leadership. And when he becomes unpopular, unwanted and untenable, I bet a guy like Johnson would know it’s time to leave No 10 -  unlike the current occupant of Seri Perdana here. - Francis Paul Siah,mk 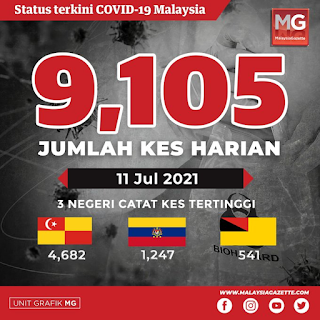