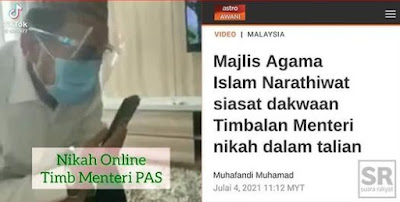 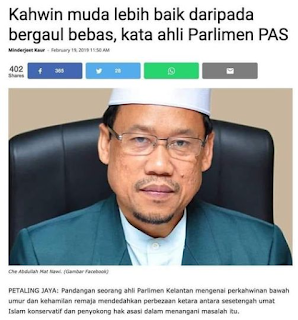 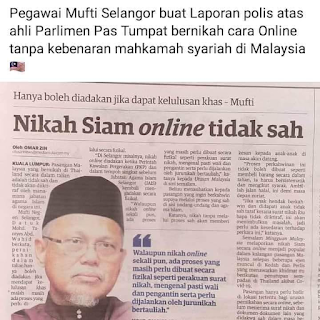 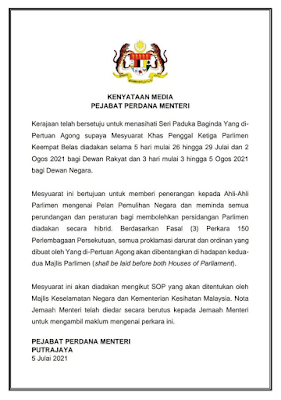 Finally Parliament will be in session. Parliament last sat in Dec 2020 will resume for five days from Jul 26-29 and Aug 2 for the Dewan Rakyat and Dewan Negara will sit from Aug 3-5. This is to deliberate on  national recovery plan, amend rules to enable hybrid parliament and to lay Emergency Proclamation EOs before both houses. Meanwhile,PM Din is said to be recovering, will be discharged in a few days. He was admitted to the hospital on June 30 due to infection in his digestive system... 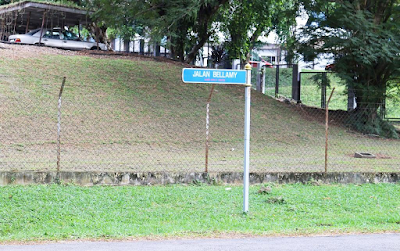 Latest breach of SOP
at Jalan Bellamy bungalow...
Two nights ago, while we were confined at home because of the PKP (Movement Control Order), several politicians, ministers, deputies and GLC heads, had met in secret in a bungalow near Bellamy Road. The area is near the old Istana Negara.
Does this secret meeting have to do with the projected clash between Umno-Baru and PN next week? During the PKP, why did ministers and politicians freely break the law? A reporter was advised by a police outrider to leave the area. Why? This is not the first time Mahiaddin Yassin and his cabinet have violated the law.
Here are 10 reasons for Mahiaddin to resign. PN does not deserve to be the government.
1. This meeting violated the Coronavirus SOP. These confidential meetings included ministers, deputies, and MPs and at least the head of a GLC. They are believed to be Umno-Baru MPs who do not support their president, Zahid Hamidi.
This is the situation in Malaysia now. The people are suffering, some are suicidal, many are starving, they have no work, no money, no place to live, and children do not get a perfect education.
However, politicians from Umno-Baru, PAS and Bersatu are more worried about their futures. If they no longer have power, it means it is difficult for them to steal people’s money or be landed with government contracts worth millions of ringgit. So, why did the police allow this meeting to happen?
2. Parliamentary sessions are not allowed, factories have to be closed, congregations in temples, churches, and mosques are not allowed, visiting sick families is not allowed, but the secret meeting to determine the future of parliamentarians and ministers was allowed.
This is what makes the people angry. Mahiaddin and his ministers have been consistently breaking the SOP rules without suffering the consequences.
3. What was discussed by the MPs, ministers. deputy ministers and the head of the GLC? Why meet secretly, at night, in a bungalow on Jalan Bellamy? Who were the ministers and politicians present? What do they not want others and the people to know? What do they plan for the people? Will this affect national security? 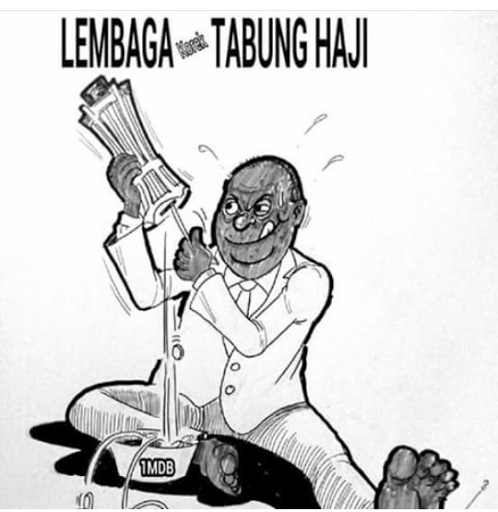 4. I have some questions for the politicians....Who stole taxpayers’ money? Who stole the money from Tabung Haji? Who stole money from the mosques? Why does Zakat money not reach the poor and single mothers? Malay politicians and their families and cronies are stealing from the rakyat. As usual, other people were accused, but the thieves from Umno-Baru and PAS did not blame themselves. So, stop believing the hypocritical politicians from Umno-Baru, PAS, and Bersatu.
5. Many locations in KL and across the country are under lockdown. Why did the police allow this secret meeting of politicians? Why was the Malaysiakini journalist told to leave the area? The police do not uphold the laws of the country fairly. Are the police colluding with politicians? Is there a police cartel now acting like the mafia and taking care of their members only? The people should get rid of the PN government. The politicians make laws but refuse to abide by their own rules.
6. The irony is that the destruction of Umno-Baru is by PAS and Bersatu. Umno-Baru is destroyed not by DAP, the Chinese, the CIA, the Jews, the Singaporeans, George Soros or aliens. Umno-Baru will perish because Malay politicians are power crazy and greedy for money which does not belong to them. The sad bit is that the greedy Malays have destroyed Malaysia.
7. There is no need for a Bellamy move after the Sheraton move. What should be done is to return the government which was elected by the people. We are embarrassed by the stupidity of our politicians and the Malay government. Foreign investors will not want to invest in Malaysia. 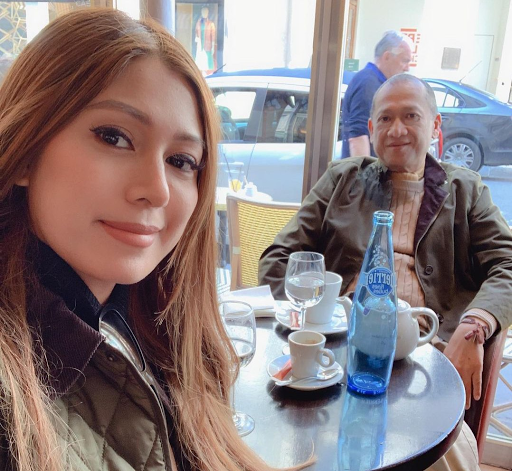 8. Malay politicians should not be given power or money. When they see money, they get more greedy. They are not interested in a clean and fair government. They do not uphold honesty, honour, the constitution, and integrity.
9. Umno-Baru, Bersatu and PAS politicians do not care about the people. Their SOP is to live by addiction, betrayal, fraud, theft, and being divisive. Soon, Malaysia will be like Lebanon where elected governments have failed one after another because they all come from the same corrupt and power-mad political elite families. Malaysia will suffer from these elite political families who take turns to rule Malaysia and bankrupt the country.
Now, we know why the Baling MP, Abdul Azeez Abdul Rahim and Padang Rengas politician, Nazri Aziz were given special permission to leave the country. Azeez went to Palestine, Nazri to Paris, to accompany his young wife. Their absence is related to power grabs, leadership and chaos in Umno-Baru.
10. If the politicians of Umno-Baru, Bersatu and PAS are busy colluding with each other, and making plans to rule us, why do we need the democratic voting process? Is this what you want for the future of this country? Most ordinary Malays are tricked by the Melayuputras to pursue their selfish agenda. Please wake up from your sleep. Please take note of your surroundings.
The enemy is from within. He is not the Chinese, the DAP, Christians, Singaporeans or Jews. Our enemies consist of National Traitors (PN). They are comprised of corrupt and power-hungry Melayuputeras. When they quarrel to seize power, it is the rakyat which suffers. – Mariam Mokhtar,Rebuilding Malaysia 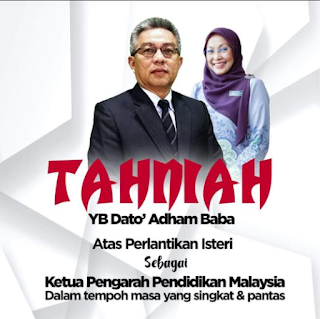 Here is a recent example  of  a  Civil Servant who was promoted THREE TIMES in under TWO YEARS  and who has now become the Top Civil Servant in her Ministry.This is the fantastic story of Datin Nor Zamani binti Abdol Hamid who has recently been promoted to become the Ketua Pengarah Pendidikan of the Ministry of Education or MOE.
- The talk is that in May 2020 she was promoted to Pengarah Bahagian Kurikulum.
- Then after that in another 6 months (Nov 2020) she was promoted again to Timbalan Ketua           Pengarah Pelajaran Malaysia.
- Then recently this year 2021 she has been promoted to Ketua Pengarah Pelajaran Malaysia.
There must also be a promotion in her salary scale, possibly Jusa C to Jusa B to Jusa A or something like that (maaf kalau tersilap eja).
I also forgot to mention that Datin Nor Zamani is the wife of the Minister of Health. So congratulations to the Minister of Health for his wife's TRIPLE PROMOTION in just two years.
Datin Zamani must be a really super talented person. Which is the only reason why the Government recognised her super talents and has promoted her to the top position in her Ministry. We must appreciate our talented manpower resources. Tahniah besar. - Syed Akbar Ali
Khas utk PIKAS. Kesian kena prank Malaysian Time, vaksin hanya tiba jam 10pm same day, kena tunggu next week for vaccination day.Bukan Azmin cakap kos only Rm45 per person,pasai sampai Rm300? 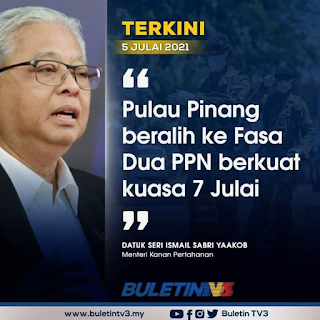 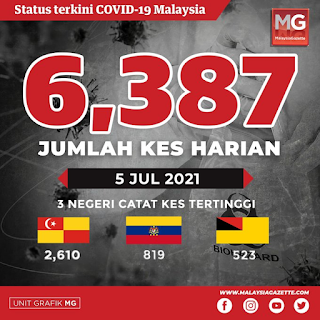