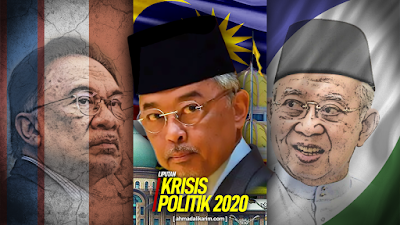 If Budget 2021 fails,the next PM could be
Ku Li with Anwar as Deputy...
Backdoor Prime Minister Muhyiddin’s D-Day is on Thursday (Nov 26). If the regime’s Budget 2021 is passed, the usefulness of UMNO (and Barisan Nasional for that matter) would be over, at least temporarily. In short, until the next Budget 2022, the premier’s Perikatan Nasional (National Alliance) government will have very little use of UMNO and can safely ignore its ally.
Between now and next November, Muhyiddin can do a lot of things. A week is a long time in politics, let alone a year. Former PM Najib Razak knew this, hence, his determination to incite people and his fellow colleagues to reject Muhyiddin’s budget. Only the clueless and incompetent UMNO president Zahid Hamidi still runs around like a headless chicken.
Previously, we published that if Zahid fails to bring down Muhyiddin by this Christmas, the weak and indecisive UMNO leader is game over as he would be sent to prison. With Najib already convicted and sentenced to 12 years’ jail and fined RM210 million for money laundering and criminal breach of trust (CBT), Zahid is the last stumbling block to Muhyiddin’s grand plan.
Zahid Hamidi and Najib Razak - Solemn
When both Najib and Zahid are convicted and the Budget 2021 approved, PM Muhyiddin and his architects – Senior Minister Azmin Ali and Home Minister Hamzah Zainudin – can start their grand plan of merging their party Bersatu (PPBM) and the leaderless but resource-rich UMNO. The young and weak Bersatu desperately needs to tap into UMNO’s strong machinery and grassroots.
The recent bizarre call by UMNO warlord Annuar Musa, the Trojan horse who has become Bersatu’s biggest cheerleader, to create yet another “grand coalition” along with a fake research report cooked up by Muhyiddin’s own boys suggest that the prime minister wanted to revive the glory old days of Barisan Nasional. Muhyiddin wanted to become the leader of a merged UMNO-Bersatu party. 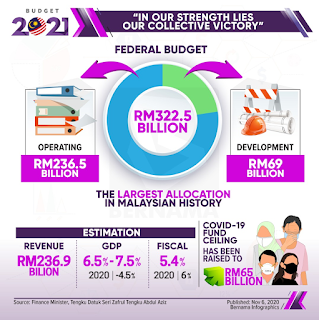 For weeks – even months – UMNO has been begging for better treatment, respect and recognition. Heck, they even had threatened to pull out of the government if Barisan Nasional, one of two allies of Muhyiddin that has the biggest number of MPs of 42, is not rewarded with the deputy prime minister post and more strategic minister positions (such as Finance and Home Affairs Ministries).
Until today, however, the prime minister has given zero concession, and there’s nothing UMNO can do except whining, moaning and bitching. As a former UMNO deputy president before he was sacked by Najib in 2015, Muhyiddin knew that UMNO warlords are just a bunch of selfish, power-hungry, coward, hypocrite and corrupt leaders. The premier is calling bluff the current weak leadership of Zahid.
Muhyiddin easily deployed “divide-and-rule” strategy by bribing half of UMNO MPs with ministers, deputy ministers, chairmanship and whatnot. The PM could only laugh when the weak Zahid panicked and chickened out at the first sight of rebellions within his own party over the idea of working with opposition leader Anwar Ibrahim to overthrow the prime minister.
However, there’s still a small possibility that this Thursday could see spectacular fireworks. If Muhyiddin’s Budget 2021 is rejected, he should resign honourably to maintain whatever little dignity left of him. But since when a traitor has honour or dignity? Even if his budget fails, the thick-skinned Muhyiddin will most likely pretend as if nothing happens and shamelessly clings to power.
Muhyiddin’s National Alliance ruling government has only 2-majority votes – 113 MPs in the 222-seat Parliament – since the loosely glued coalition was formed to snatch power via a political coup from the legitimate and democratically voted Pakatan Harapan government. However, that numbers have never been officially contested in the Parliament.
In actuality, the traitor PM Muhyiddin has already lost the majority support months ago, judging by numerous roadblocks being put up by his hand-picked House Speaker Azhar Azizan Harun. By hook or by crook, Speaker Azhar, a fake social activist, has been instructed to not allow any motion of “no confidence” against his boss. 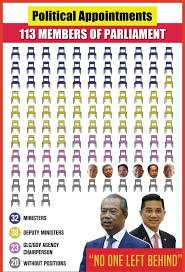 From the 113 Members of Parliaments who initially supported the premier, at least 4 of them have since openly challenged him – former PM Najib Razak, UMNO president Zahid Hamidi, UMNO veteran Tengku Razaleigh and “Fried Rice” UMNO warlord Ahmad Maslan. The death of Gerik UMNO MP Hasbullah Osman increased the number to 5 the MPs who may not vote for the budget.
With only 108 MPs, obviously it’s less than the minimum 112 MPs required to form a simple-majority government. Therefore, technically, Muhyiddin has lost his legitimacy as the country’s prime minister. But the power-crazy regime has been throwing truckloads of dirty tricks to stay in power, included persuading and tricking – but failed – the Agong (King) to declare an emergency rule.
The despicable Speaker Azhar, also known as Art Harun, had even tried something so disgusting that not even the previous corrupt Barisan Nasional regime had ever thought of. He tried to restrict only 80 out of 222 MPs (41 lawmakers from the government and 39 opposition) to enter the Dewan Rakyat (Lower House) in an attempt to test water for the ultimate cheating to get the budget passed.
It’s hard to imagine how Muhyiddin and his lieutenants would resign easily, even if the Budget 2021 fails the test. The corrupt and shameless regime would argue that even if only 108 MPs passed the budget, well below the 112 minimum threshold required for a simple majority, it’s still considered a majority because the biggest opposition bloc – Pakatan Harapan – has only 91 MPs.
Malaysia Parliament Building
However, it would be a different story if less than 100 MPs supported the budget this Thursday. If the prime minister could get only 90+ MPs on his side, it means between 120 and 130 MPs are against his government – a very substantial number that proves he has indeed lost the majority support of the MPs and his Perikatan Nasional coalition can no longer lead the country.
Now, when this happens, it could only mean that the UMNO faction who despise the PM has pre-planned for such scenario. And it would be extremely dumb of them to not have a plan in hand to form a new government. But to form a new government, the UMNO rebels would have no choice but to work with the opposition, especially with Anwar’s People’s Justice Party (PKR). 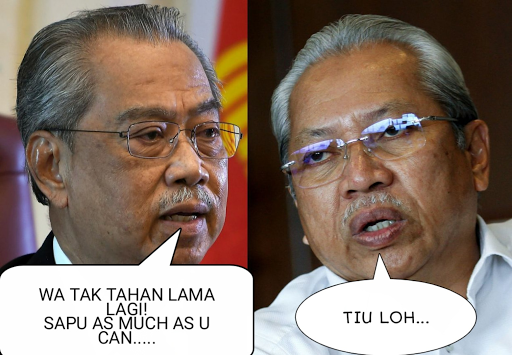 The burning question is who will become the new prime minister after Anwar’s failure to overthrow Muhyiddin last month. Obviously Anwar had his chance, but he was tricked and played by Zahid. Some UMNO warlords had made it clear that even if they can work with Anwar, which not everyone agreed, they cannot work with Anwar’s strongest ally – DAP (Democratic Action Party).
But if both Anwar’s PKR and Chinese-dominated DAP were to support UMNO veteran Tengku Razaleigh as the next premier, with Anwar as the deputy premier, will the same UMNO hypocrites and detractors sing the same tune? Yes, will UMNO warlords still reject Anwar and DAP if one of their own kind – Razaleigh – is to become the 9th Prime Minister?
Wait a minute, will this formula work? One thing is guaranteed – UMNO is split at least into two factions. One faction appears to be loyal to Muhyiddin after being bribed with perks and projects. Another faction, especially Najib, Zahid and Razaleigh, are eager to overthrow Muhyiddin for various reasons. Their ultimate goal is to go for a snap election with the presumption they will win.
The primary reason UMNO party is split and cannot be united to overthrow Muhyiddin is because they are now part of the government. Power means everything to them. Naturally, some of them don’t see the logic of booting Muhyiddin only to see the crowning of Anwar as their new boss. But it would be a different story if Razaleigh is to replace Muhyiddin.
Even if Muhyiddin bootlickers like Annuar Musa, Khairy Jamaluddin, Azalina Othman or Hishammuddin Hussein wanted to maintain the status quo until the Coronavirus pandemic is over, they would potentially face backlash from UMNO grassroots. They can’t explain their refusal to support fellow Razaleigh instead of a man from another party who has been bullying UMNO.
More importantly, UMNO is also eager to teach PAS a lesson for being more loyal to Bersatu when the Islamist party is supposed to be the closest ally of UMNO in the Muafakat Nasional alliance. UMNO believes its partnership with PAS will win big in the next 15th General Election. But if PAS wants to become a bitch and prefers to sleep with Bersatu, then UMNO has to flex its muscle. 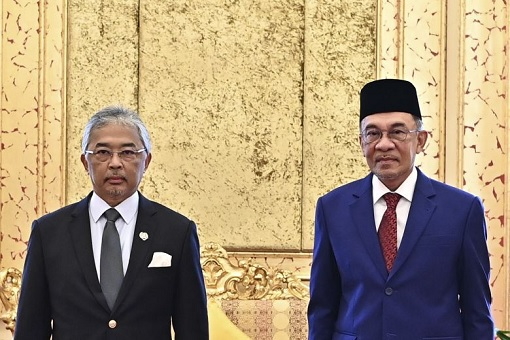 Anwar, on the other hand, has very limited options after he overestimated his chances and miscalculated the sincerity of Zahid. The PKR president had no idea how weak and crappy the leadership of Zahid was. If Anwar saw no issue working with crooks like Najib and Zahid, chances are he could work with Razaleigh, albeit for the second prize or the silver medal.
Last month’s failed mission has shown not only Anwar was reckless in not having a backup plan before he made his move against Muhyiddin, but also demonstrated his desperation for the “Iron Throne”. Crucially, with Mahathir’s faction against him and even ally DAP’s displeasure at his plan to work with Najib, Anwar is essentially surrounded by more foes than friends.
DAP secretary-general Lim Guan Eng has repeatedly warned Anwar that the Democratic Action Party will never work with UMNO under Zahid, let alone the world’s biggest crook Najib. However, DAP has never indicated that it cannot work with Razaleigh. Unlike Anwar’s dispute with Mahathir, Razaleigh seems to have the blessing from the old man, making it easier to overthrow Muhyiddin.
In the event that an impossible alliance of UMNO-PKR-DAP springs a surprising coup against Muhyiddin, such partnership will be a temporary one. They may have a common enemy, but until the Covid-19 pandemic is over and a snap election is called, the traditional rivals have to find a common cause to work together – or risk being punished by their own respective supporters. - FT
Meanwhile Dr Mahathir and company is to reject Budget2021 at today’s vote in parliament. While snap poll isn’t possible, the King he said could appoint a new leader who can table a fresh budget or fine tune existing one at special parliamentary sitting, insisting PM Muhyiddin has lost his legitimacy...- dr ts
Dr.M tak mengaku tahinya walaupun dia yang berak...
Ketua pembangkang, Anwar Ibrahim hari ini sekali lagi mempersoalkan had masa 20 minit bagi sesi soal jawab Menteri dalam sesi penggulungan Rang Undang-Undang Perbekalan (Belanjawan 2021).Kata Anwar ia menyebabkan beberapa soalan ahli parlimen tak dapat dijawab oleh menteri di dalam Dewan Rakyat..."Speaker selalu cakap faham tapi tak faham" - tegasnya 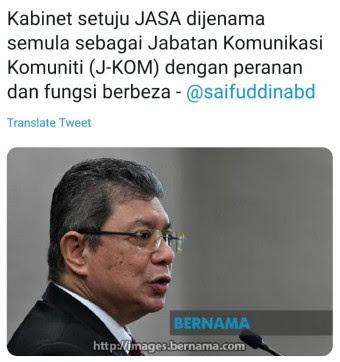 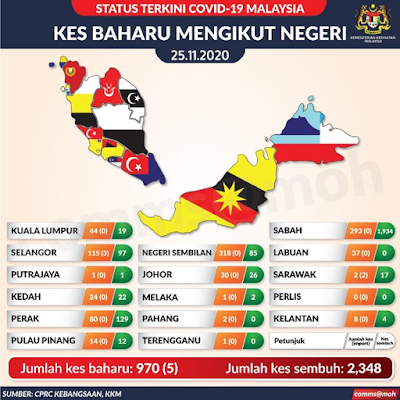 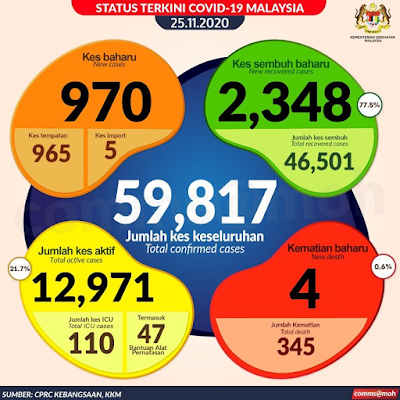