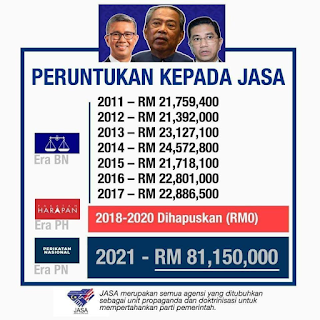 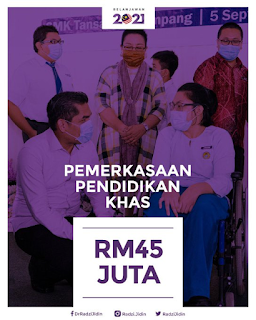 Immediate reactions: very, very optimistic budget in terms of revenue projections and growth.
Nothing much here in terms of seriously tackling Covid-19, just RM17 billion..for wage subsidy, social support. I thought this was suppose to be a budget focusing on the Covid-19 issues, therefore I had expected the govt to allocate around RM40 to RM50 billion of Covid Fund for 2021.
But no, the bulk of the spending seems to be business as usual. Big Opex and big Devex. Relatively, small Covid-19 Fund. The MoF has largely in terms of money allocated, ignored the bulk of Pakatan Harapan's 6 key recommendations. Is this sayonara to the Unity Budget idea?
Looks like it, but I will need the whole weekend to go thru the documents, slightly less than 1,000 pages combined, more carefully with my officers, intern and volunteers. I am mentally exhausted and gonna take a break now. I feel like I am cramming for an exam! - Wong Chen,MP Subang
Verdict - Wajib tolak belanjawan ini... 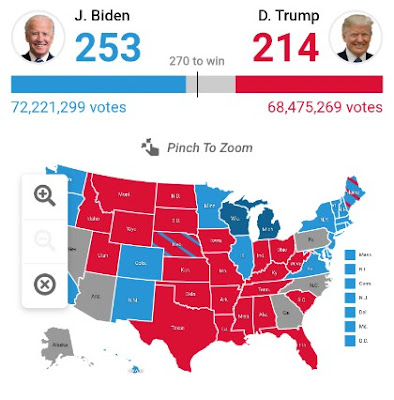 On The Brink Of Losing,Trump Filed
Lawsuits Claiming Fraud and Irregularities...
China’s stock markets – Shanghai Composite Index, Shenzhen Component Index and tech-heavy ChiNext index – have all gained significantly on Thursday as Democrat Joe Biden appears to be winning the 2020 Presidential Election. Biden is perceived to be less confrontational than Trump in his foreign policy with China, something which is celebrated in Wall Street as well.
News about the U.S. election has been trending on Chinese social media Weibo for days, with “#US Presidential Election” attracting around 6.77 billion reads. Although votes counting is still ongoing, Chinese Vice Foreign Minister Le Yucheng said Beijing hopes the “new U.S. administration” will adopt non-conflict, non-confrontation, and win-win cooperation in China-U.S. relations.
After the victory in Wisconsin and Michigan, Joe Biden has in his pocket 264 Electoral College votes, just 6 away from the White House. Reclaiming a key part of the “blue wall” that slipped away from Democrats 4 years ago, Biden tweeted – “I’m confident that we will emerge victorious. But this will not be my victory alone. It will be a victory for the American people.”
Biden Cuts Into Trump's Lead In Pennsylvania...
Officially, however, no winner has been declared yet. A candidate needs to win 270 Electoral College votes (50% plus one) to win the election. In every state except two – Maine and Nebraska – the candidate that gets the most votes wins all of the state’s Electoral College votes in the “winner takes all” contest. This means a candidate can win the election without getting the most votes at the national level.
Associated Press (AP) would “call” the winner in a state when they determine that the trailing candidate has no path to victory. According to AP’s latest results, Biden has 264 against Trump’s 214 Electoral College votes. Unlike in 2016 where Trump won a majority of Electoral College votes, although more people voted for Hillary Clinton across the U.S., so far Biden captures more votes.
Biden has so far won 72,185,970 (50.4%) votes, while Trump captured only 68,691,132 (48%). Tactically, Trump’s best route to win the 270 milestone is to win Florida (29 electoral college votes) and Pennsylvania (20 votes) while holding on to North Carolina (15 votes) and Arizona (11 votes, which he narrowly won in 2016). He must also win Georgia (16 votes) and Ohio (18 votes). 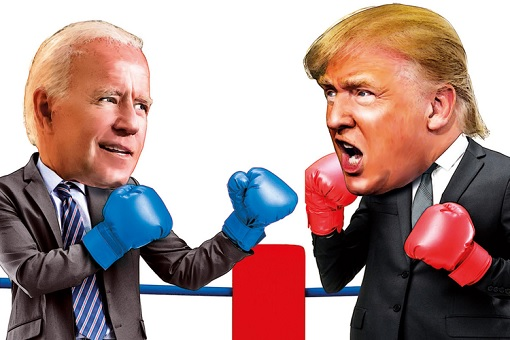 Trump has won Florida, Texas, Ohio and Iowa. However, the state of Georgia, North Carolina, and Pennsylvania are still in the balance. Worse, the AP has called Arizona’s 11 votes for Biden while other news organizations regard the race as still too close to call (surprisingly, there is no centralized federal election system like an Election Commission in other countries).
Of course, Trump campaign disagrees with the AP’s verdict on Arizona – a state that hasn’t backed a Democratic presidential candidate since 1996. Besides flipping Arizona, Biden also flips Michigan and Wisconsin, two states which Trump flipped in 2016. Trump also flipped Pennsylvania in 2016 by a margin of only 0.7%, turning it Republican for the first time since 1992.
While Trump is leading Georgia, North Carolina, Alaska and Pennsylvania, the margins are razor-thin. If Biden wins Nevada (6 votes), which he is leading, he would cross the finish line for the 270 magic number. But President Donald Trump has no intention of giving up without a fight. His campaign had filed lawsuits to challenge vote counts in key states of Wisconsin, Georgia, Michigan and Pennsylvania. 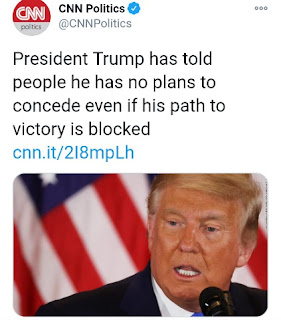 As Trump alleged fraud and demanded recounts, about 200 of his supporters – some armed with rifles and handguns – gathered outside a vote-counting centre in Arizona, following rumours that votes were not being counted. Without Arizona, which AP awarded to Biden, the current scoreboard would be Biden 253 vs. Trump 214, giving hope that Trump could snatch the 11 Electoral College votes.
Elsewhere in Michigan and Pennsylvania, Trump supporters have called for vote counts to be halted. Trump campaign has filed suit in an attempt to stop the count after the Associated Press declared early Wednesday evening that Biden won Michigan. Apparently, Biden won Michigan by about 70,500 votes this round, the same state which Trump won by some 10,704 votes in 2016. 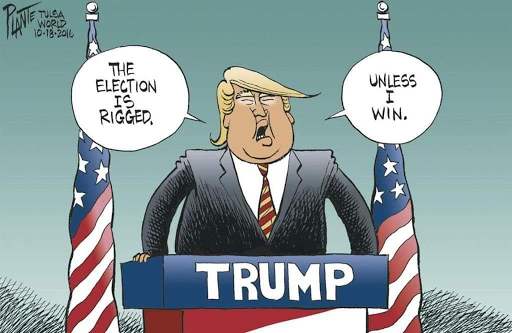 Even though Biden has won the crucial battleground state of Wisconsin, which comes with 10 votes, the margin of victory is razor-thin small – 0.624% of nearly 3.3 million ballots. This has prompted Trump to challenge the result of the state that he won over Hillary Clinton by fewer than 23,000 votes in 2016 (Wisconsin had voted for Democrats in every Presidential election since 1988).
As both Trump and Biden each claim to be ahead (Trump has actually claimed victory), the 2020 Presidential Election was projected to be the highest in 120 years at 66.9%. Joe Biden had actually won the most votes by any presidential candidate. But again, Trump’s strategy of attacking the integrity of the voting process in states where the results show his defeat would make this election very messy indeed. - FT 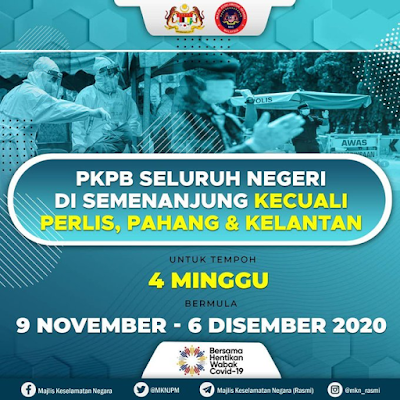 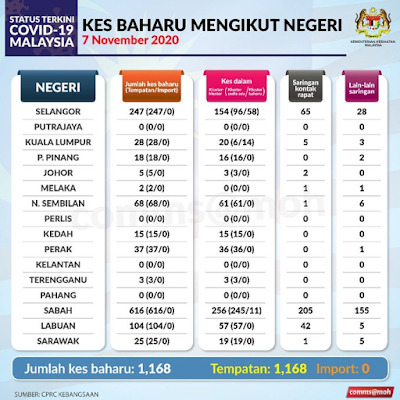 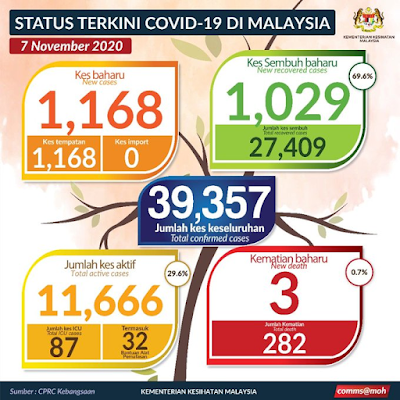