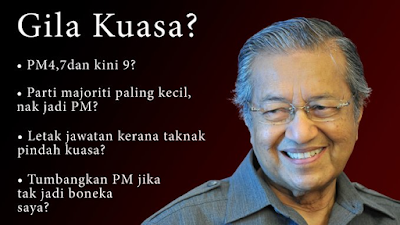 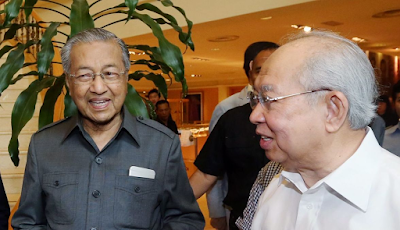 Dr.M, Ku Li and the consolidation
of Malay-Muslim hegemony...
Against the backdrop of increasing political instability, the demand for a no-confidence vote against Prime Minister Muhyiddin Yassin seems to be gaining momentum. More than a dozen opposition MPs including Dr Mahathir Mohamad and Tengku Razaleigh Hamzah have already submitted no-confidence motions or are demanding that Muhyiddin’s support in the House be put to the test.
What is now becoming clear is that the move to topple Muhyiddin is not the result of several disgruntled groups or individuals acting on their own but part of an orchestrated move that has Dr Mahathir’s fingerprints all over it.
The key question is not the vote itself — it is, after all, just a means to an end — but what comes after. The recent statement from the Istana calling on political leaders not to precipitate another crisis and urging them to focus on the challenges at hand (the pandemic and economic fallout) suggests that the Istana is not in favour of fresh elections at this time and would prefer for party leaders to sort things out among themselves as quickly as possible.
The real issue, therefore, is who will replace Muhyiddin as prime minister should he lose a vote of confidence in Parliament. Anwar, the presumptive front-runner, has just shot himself in the foot with his botched attempt to convince the Istana that he has majority support in the House. Worse still, recent explosive revelations in the media that he collaborated with UMNO president Zahid Hamidi and disgraced former prime minister Najib Tun Razak to convince the Istana of his support has been incredibly damaging to his credibility. In the meantime, discontent is rising within PKR; another exodus from the party is rumoured.
With Anwar effectively out of the running and Zahid hobbled by all the criminal charges against him, the field is now wide open and that is where Mahathir comes in. Mahathir may be out of office but it has not stopped him from working behind the scenes to engineer a political solution more to his liking. 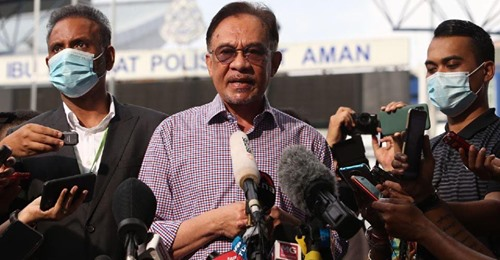 Of course, he would like to return to power if possible — he keeps insisting that “people” want him to save the country — but for now he seems content to allow his old adversary, Tengku Razaleigh,  to take the lead. Mahathir’s goal is not to just stop Anwar but to achieve something bigger: the creation of a super uber-Malay political conglomerate to replace UMNO as the dominant force in the country.
It’s the same plan that Mahathir was working on before. Though he was perfectly happy to use them when it suited him, Mahathir has never been comfortable relying on the DAP to rule. It goes against everything he has stood for and fought for. Indeed, to him Pakatan Harapan represented a diminution of Malay power, a challenge to the Malay supremacist ideology he has always cherished and espoused.
It may be recalled that immediately upon returning to power following UMNO’s disastrous performance in GE14, Mahathir set about to create an alternative to UMNO. His strategy was to destroy UMNO by enticing its MPs to abandon their corrupt leaders and join his PPBM. He also reached out to PAS, forging a new relationship with Hadi Awang, once a bitter foe. Despite being in the opposition at the time, Hadi pledged his support to Mahathir in his fight with Anwar. Mahathir also successfully split up PKR by engineering the defection of Azmin Ali and his faction.
UMNO is deeply split. Those who are facing serious corruption charges want to hijack the party to put pressure on Muhyiddin to help get them out of their predicament. Others in UMNO see the corruption charges against their leaders as an ideal opportunity to undertake housecleaning and reform. Of course, it also clears a path to their own rise to power. Zahid is also not as popular as he used to be; his scheme to position himself as deputy prime minister has not gone down well with other equally ambitious leaders. Zahid and Najib’s endorsement of Anwar (whom many in UMNO still distrust) was also not popular within UMNO.
As well, Hadi Awang and his colleagues in PAS have grown increasingly wary of the current UMNO leadership. Indeed, the UMNO-PAS pact (Muafakat Nasional) is barely holding together despite their recent kiss and make up session. PAS, having tasted federal power and the enormous benefits it brings, seems unwilling to jeopardise the gains it has made just to support a clutch of UMNO leaders with numerous corruption charges hanging over their heads. 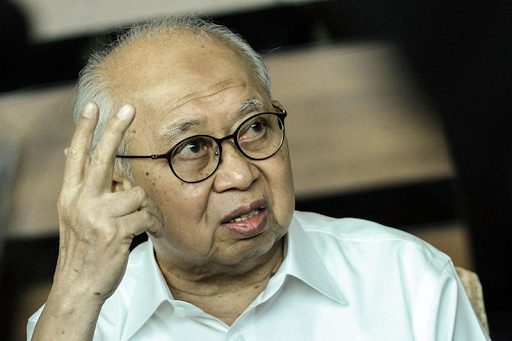 Together with  Tengku Razaleigh, Mahathir is now trying to forge a new political arrangement that will unite UMNO (minus its corrupt leaders), PPBM (minus Muhyiddin), Mahathir’s Pejuang, Amanah, PAS and disaffected PKR MPs. With the tacit support of Warisan and GRS, that should give Razaleigh enough support to stake a claim to the premiership in the event Muhyiddin is forced out.
Mahathir may not have all his ducks in a row just yet but he seems confident that once the plan gathers momentum, he can successfully appeal to Malay-Muslim MPs to come together to “save” the nation. Such a plan would give Mahathir everything he wants — it would stop Anwar, punish Najib, Zahid and all the other corrupt UMNO leaders who oppose him; put his son in a strong position, sideline the DAP and consolidate Malay-Muslim supremacy. It’s a bold and ambitious plan, no doubt, but one with broad appeal to warring Malay parties and groups.
The DAP, of course, will not like it but their options are limited — stay neutral or  support either Muhyiddin or Zahid. It’s lose-lose for them whichever way you look at it.   Can Mahathir and Tengku Razaleigh pull it off? With razor-thin margins in Parliament, it would only take a few MPs to shift sides to bring down the government and pave the way for Tengku Razaleigh to take the premiership as a “compromise” candidate.
No matter how much he may fear it, Muhyiddin cannot avoid a no-confidence motion once Parliament resumes because the budget will have to be tabled and passed come November. Traditionally, the defeat of a money bill is taken to mean that the government no longer enjoys the support of the House. The next few weeks will be intense; unless he can come up with a winning strategy to counter Mahathir, Muhyiddin’s days might well be numbered. - Dennis Ignatius 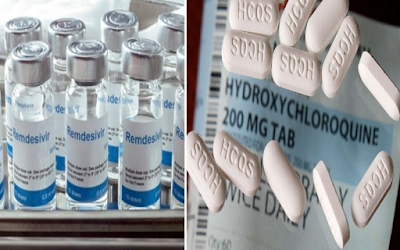 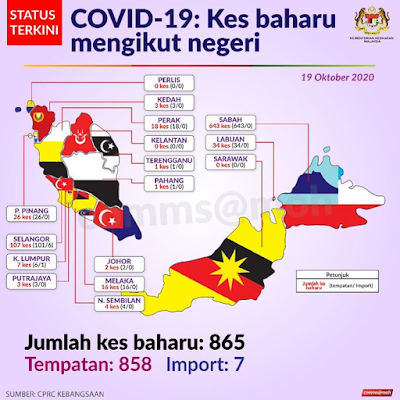 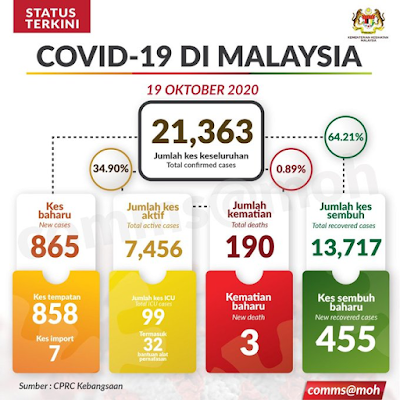