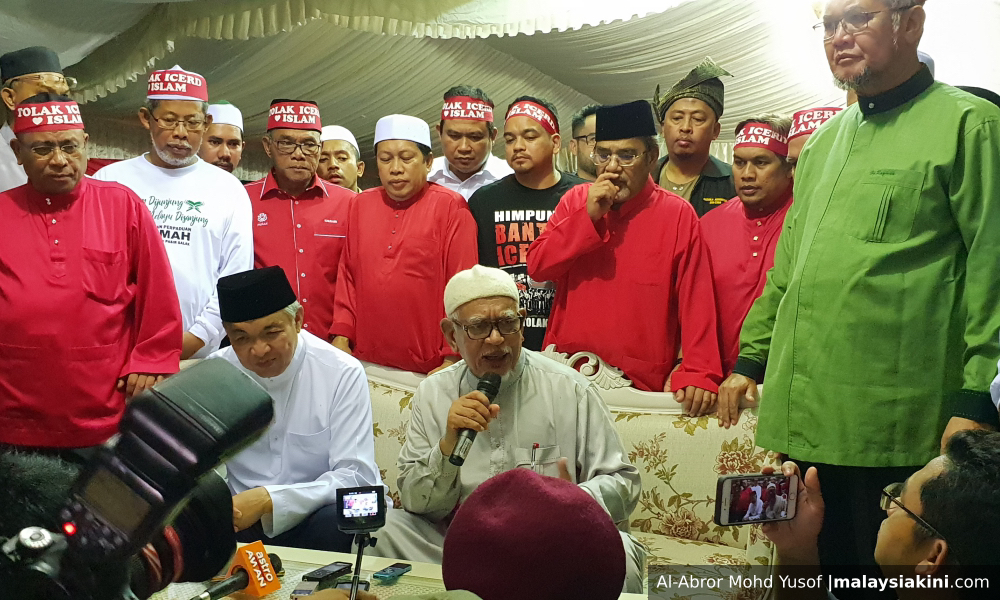 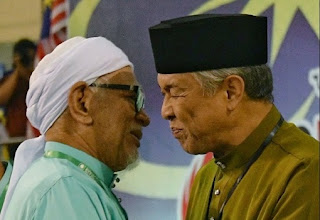 
Rafizi: Even if I was paid RM50m, I would not contest in Rantau 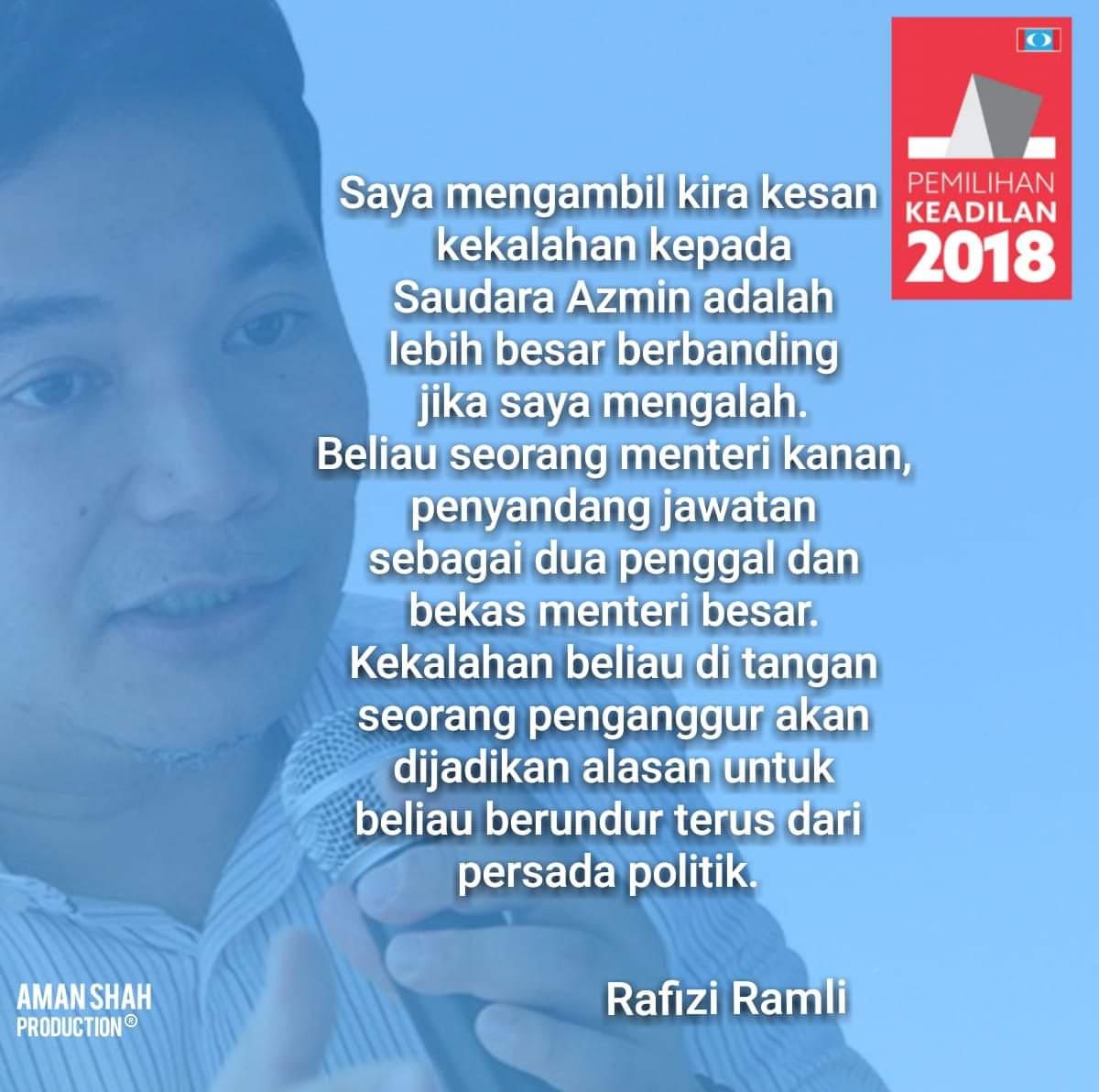 Najib Refused To Enter Dock – A Slap In The Face For Judiciary, Authorities and Dr.M Government...

Najib son of Razak continues to show he was still the boss, despite being charged at the Session Court today. The defiant crook deliberately refused to enter the “dock” during the case management over his 25 charges of graft and money laundering relating to transactions amounting to RM2.3 billion linked to 1MDB – and there was absolutely nothing anybody could do about it.

Already known as the Kangaroo Court, Judge Azura Alwi did not seem to be interested at exercising her authority to ensure the court receives its fair share of respect. Instead of entering the dock meant for the accused, the disgraced former Prime Minister Najib took a seat on a chair beside the dock instead, even after being asked politely to do so by a police officer on duty.

Even then, the court policemen were seen doing their job only after deputy public prosecutor Ahmad Akram Gharib – after being informed by lead prosecutor Gopal Sri Ram – gave the instruction to put the accused in the dock. However, armed with his mobile phone, Najib stubbornly remained seated outside the dock, like those defiant Pokémon players sitting on the floor of KLCC shopping mall.

Deputy Public Prosecutor Ahmad Akram Gharib said police could have taken action to force Najib to sit in the dock, but they decided not to stir up a fuss as the proceeding was only for a short period of time. Najib had remained on the chair until the proceedings ended 15 minutes later. Perhaps Najib had wanted to provoke the authorities all along – to create diversion so that his case can be postponed. 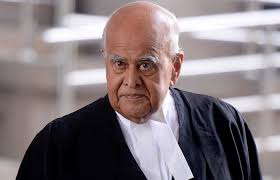 Still, the judiciary and the policemen should do their job accordingly without fear because the once invincible and powerful PM Najib Razak is now nothing but a well-known crook. Obviously, Mr. Najib should be punished immediately for contempt of court because he deliberately did it in front of a judge. Najib’s act of disrespectful could result in him being fined or even imprisoned.

A classic example – former lawyer V K Lingam was sentenced to six months’ jail after he was found guilty of contempt of court last year. The question of prosecutors not wanting to stir a fuss should not be used as an excuse to let Najib throws tantrum in the court. What would happen when the crook eventually refuses to enter prison but stubbornly sit on the floor after sentencing?

Najib appears to have started challenging the judiciary system with his latest stunt. The lack of action to discipline the naughty boy would only embolden him to start pulling some bigger drama at a later stage. Although he may look childish, his courage to mock and insult the rule of law is a slap in the face for the judiciary, authorities and Mahathir government.

Like it or not, Najib’s defiance was a result of pussyfooting and double standard displayed by the authorities, especially the Malaysian Anti-Corruption Commission (MACC). While other criminals – former FELDA Chairman Mohd Isa Samad Abdul Samad and even Intelligence Chief Hasanah Abdul Hamid – were made to wear the orange lock-up suit, Najib has been allowed to wear thousand dollars Armani suit.

Not only Najib Razak and his wife Rosmah Mansor were not required to wear the MACC orange suit meant for them, both were also not handcuffed. It is absolutely shameful that the MACC continues to practise double standard by according them VVIP treatment. Even the media and communications adviser to PM Mahathir, Kadir Jasin, was puzzled why Najib was not made to wear the uniform.

Adding insult to injury, the court also granted Najib’s request for his bail to be paid in instalments, setting a very bad precedent for future crooks. Essentially, criminals would ask for instalments too, as if they were purchasing home appliances at Harvey Norman. And now, Najib doesn’t even need to be in the dock. Will the court allows him to sit on the judge’s chair next?

It was a mockery of the court and justice standard when the judge pretended not seeing the shameless Najib making fun of the judiciary. Although it is just a Session Court, Judge Azura Alwi must not be intimidated by crooks like Najib Razak. She should realize the court belongs to her at that moment and she is of the highest authority and nobody can be allowed to mock her chamber.

The best part was Najib could easily ignore the police force, pretending they didn’t exist at all. It’s laughable that the policemen were so afraid of a crook who had allegedly stolen billions from the national coffers. Is the Royal Malaysia Police so corrupted that they still have great respect for the former prime minister?

Why the court needs the dock and policemen at all if their existence isn’t actually necessary? Heck, why does the court require Najib’s presence at all in the first place if he is allowed to do as he likes? Did the court realize that without Najib in the dock, technically he was absent – a clear case of contempt of court, similar to the former lawyer V K Lingam case?

It’s pretty easy to handle a crook like Najib who thinks very highly of himself. Slap him with charges for contempt of court and immediately send him to jail – without bail. That ought to teach the arrogant narcissist a lesson. There should be no dessert – candy or ice-cream – for the naughty boy. And if he refuses to do as he told, ground him.

It was a mistake from the beginning to grant the former premier preferential privileges, unlike other ordinary criminals. Now, the ungrateful Najib has not only disrespected the rule of law, he has also given his middle finger to the judiciary system and the authorities. It was certainly a slap in the face for Mahathir government, whose rule of law has very little meaning to the shameless Najib son of Razak.

''It’s pretty easy to handle a crook like Najib who thinks very highly of himself. Slap him with charges for contempt of court and immediately send him to jail – without bail. That ought to teach the arrogant narcissist a lesson. There should be no dessert – candy or ice-cream – for the naughty boy. And if he refuses to do as he told, ground him.'' - FT

Ku Nan thought BN/UMNO would be in power indefeinitely and all of the corrupt ministers could abuse their power to rob the country with impunity.

"“Tengku Adnan had in 2017 alone objected to 23 public hearings using his power as the federal territories minister for 23 development projects,” Lim was quoted as saying by the news portal.

“He has to answer. I will file a fresh report to MACC to investigate this claim,” he said.

It is required for a Kuala Lumpur mayor to contact registered owners of adjacent land for a proposed project, using advertisements to invite objections to the application for development, involving the conversion of land use, zoning, or increasing residential density.

Lim was quoted as saying that despite the fact that all 23 projects involved the conversion of land, zoning, and increase in residential density, but had not gone through public hearings.

“Under the act, a public hearing must be conducted because it involves zoning and increase in density. But the former minister objected to it,” said Lim.

“He used his power under Kaedah 14, Kaedah Rancangan Pembangunan 1970. Although I am aware of his power, how can you object to all 23 projects in 2017? All 23 cases were rejected with no objection.”

''He noted that all the classified information that he had received came from a source inside DBKL, and said that he would lodge a report at the MACC on Monday.''


Meanwhile, Ku Nan was charged in the court for three counts of corruption while the MACC is still investigating 97 questionable land deals in the city. Many are eager to know whether the Taman Rimba Kiara deal is one of them.''

"From early morning to sundown, people from near and far gather here irrespective of race and social class. It’s a public space for all. But, there is a hidden concern deep in the hearts of people familiar with the park: for how long more will it last?

Several years ago, when Tengku Adnan was the federal territories minister, DBKL transferred 12 of the park’s 25 acres to a quasi-government organization called Yayasan Wilayah Persekutuan, which was chaired by Ku Nan himself with the city’s then mayor its trustee.

Soon after that, YWP announced that it would work with a developer to construct a block of 360-unit affordable apartment said to accommodate longhouse residents on the fringe of the park.

At the same time, the developer was also prepared to build eight blocks of luxurious condominiums, each 42 to 54 storeys high, for a total 1,800 residential units at a cost of RM3 billion. Half of the park will be gone if the project is to go ahead, and the population density of this neighborhood will surge from 74 per acre to 979!

Residents and park users have voiced up against the project through dialogues and legal means, but the federal territories ministry and DBKL were unperturbed and were determined to get the nine highrise blocks up and running"- f/bk 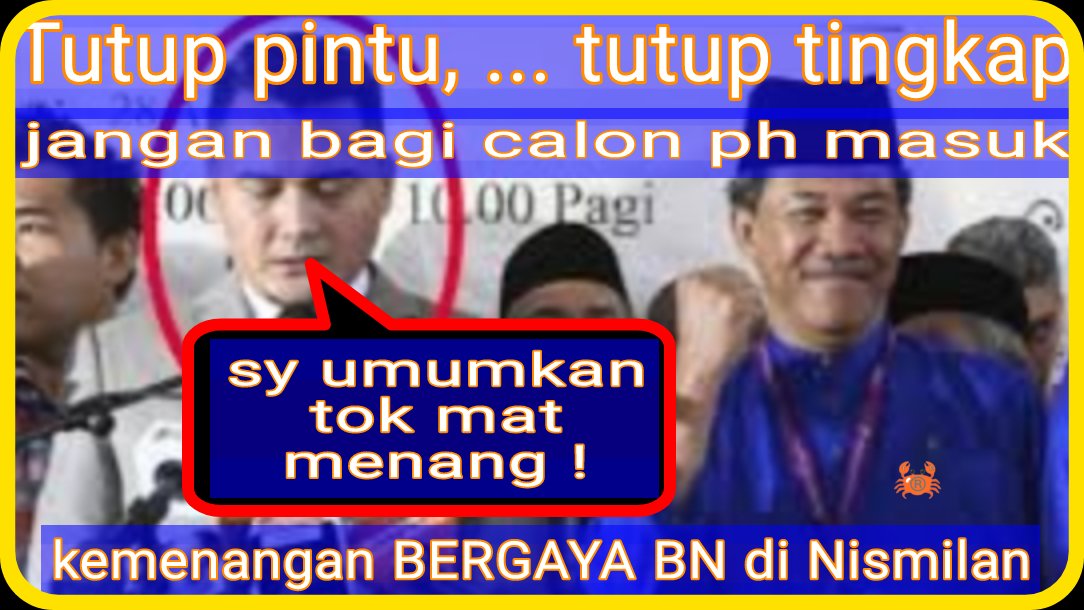 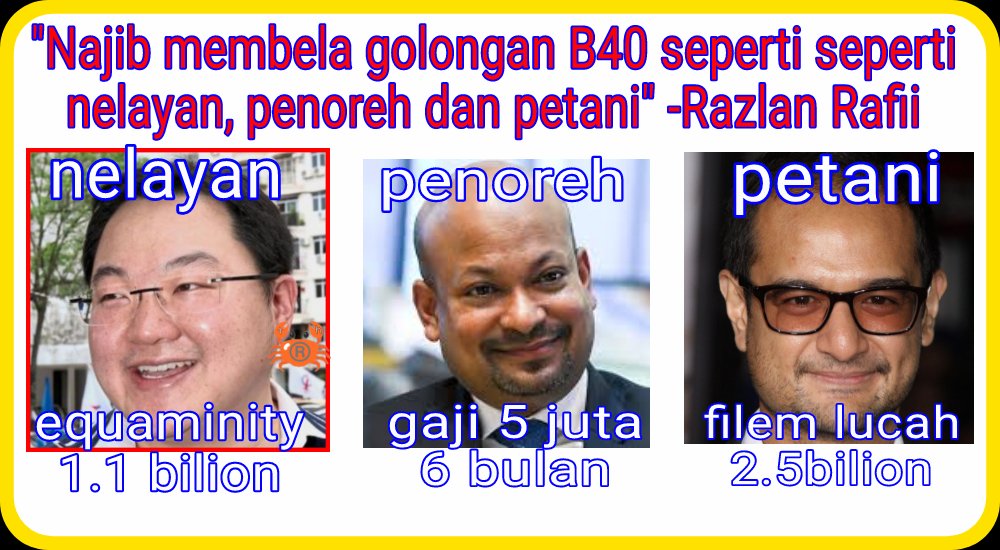 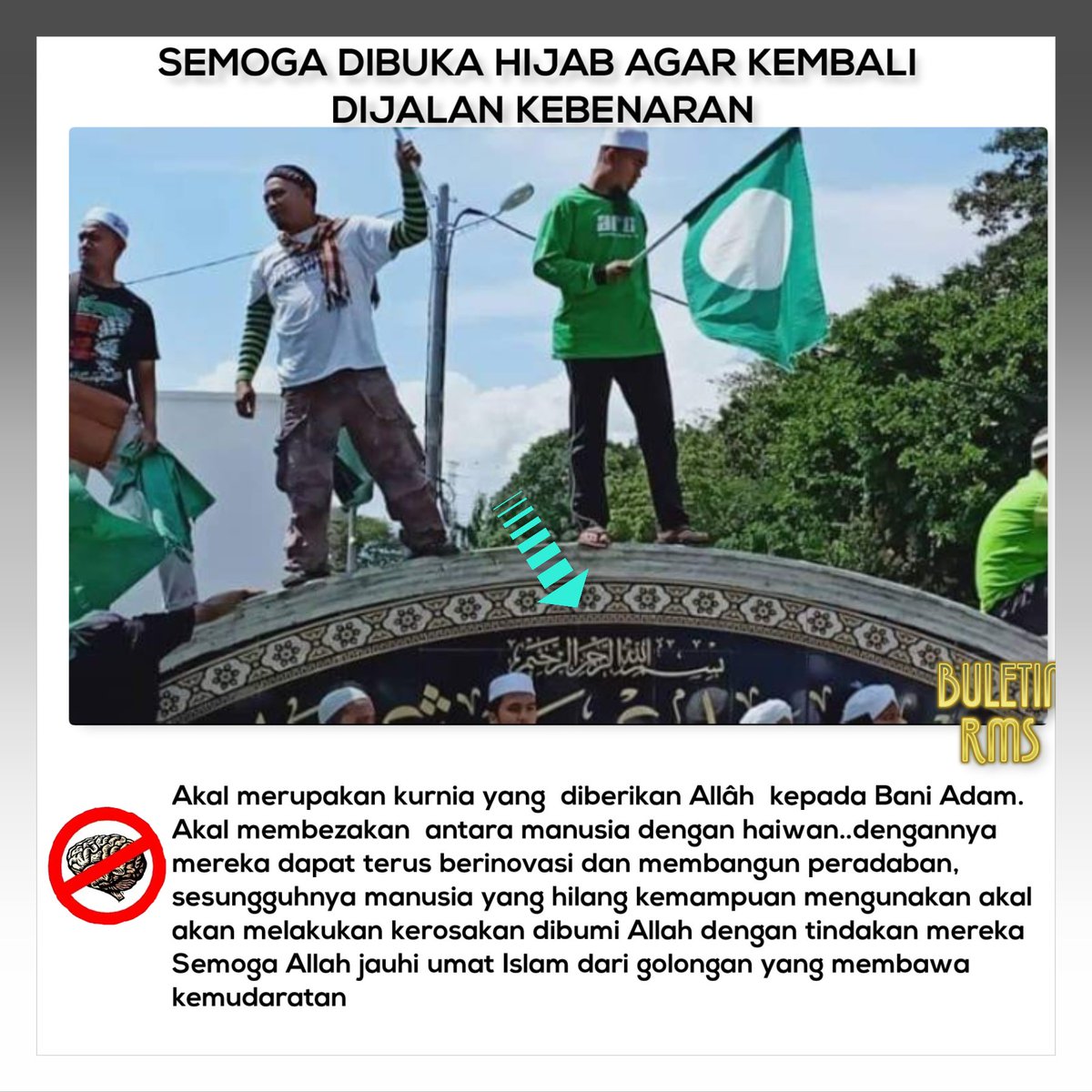